Today’s journey from Belvì to Aritzo is really short, only a few kilometers of curves in the green scenery. I enter the village where Carlo, partner of a bookstore in Cagliari where I had the pleasure of working, with his friend Franco, and Chicco are waiting for me.

Chicco is an expert local guide and also a producer of carapigna, the traditional lemon sorbet of ancient origins, still prepared using wooden barrels, ice and salt. In ancient times, Aritzo produced ice from the snow packed and stored in the snow houses during the winter, and exported it in the summer throughout the Campidano.

The first visit is to Casa Devilla where the guide Armando is waiting for us. The building is an old manor house that preserves the Aragonese characteristics of its first nucleus intact and, at the same time, has subsequent parts that recall the building style of the mountain, with stone and wooden elements.

The courtyard is all in stone, the rooms on the ground floor are fascinating, sa fossa ‘e sa castagna where the supplies of chestnuts were kept, the room of the barrels (the coopers of Aritzo went down to Campidano to bring wood and material to repair or build barrels). And then on the first floor the noble apartments with wooden ceilings, frescoes, furniture in centuries-old chestnut and a collection of ancient and highly prized chests.

In the courtyard of this house, Bachis Sulis, the “poet-bandit” native of Aritzo, was killed. Bachis found himself on the run due to a murder charge and lived in hiding together with numerous bandits in the area. He wrote a huge amount of poems which unfortunately almost all were lost, his sister burned them on the advice of the priests, whom Bachis called corvos (crows), except for some later published by his nephew Sebastiano Devilla.

We continue the tour around the town, where the houses are made with shale and have wooden balconies and roofs, and we arrive at the old Spanish prisons of Sa Bovida. We enter a beautiful stone arch and visit the narrow female cells and, further down, the male ones. I think of the atrocities committed here, and of the witch who was held here in the seventeenth century before being sentenced to the stake.

We continue to wander through alleys with very old houses, some stone ovens protruding from the walls, we pass Su Tzilleri de su Poeta (the poet’s pub) and then we arrive at the former town hall where the museum dedicated to the painter Antonio Mura is located. Here, led by Angela, I can admire the work of this extraordinary artist whom I did not know, paintings that well represent the life, customs and colors of the country, and an attention to religious and devotional aspects (and I come to know that some his works are in the Basilica of Bonaria in Cagliari).

On the main street we pass a neo-Gothic style building, the Arangino Castle, and then the church of San Michele Arcangelo and we arrive at the house of Mrs. Concetta, who has an important collection of ancient chests, made by Tiu Pettiau, one of the best craftsmen, and then at Carlo’s house a lunch based on ham and bacon, casu marzu, roasted chestnuts and nougat awaits us, all at zero kilometer and washed down with good red wine!

In the afternoon we take the car to climb the mountain areas. After several kilometers of dirt road through the woods, we arrive at the Santa Vittoria watchpoint on Mount Tuvara at about 1400 meters above sea level. This is the realm of the golden eagle and the paths of the nineteenth-century ice collectors passed here.

While Carlo and Franco leave for Cagliari, Chicco and I continue towards greater heights. We are in the Gennargentu massif, in front of us a deep valley and the highest peaks of Sardinia. A family of wild horses passes by, fast.

Chicco asks me to follow him in silence, trying not to make a noise with my steps. I do as he says. After a good half hour of walking, in the silence and nothingness of these bare mountains, Chicco finally shows them to me. A herd of mouflons has heard us and runs away, very fast they jump over rocks and bushes and disappear into the bottom of the valley among the trees.

We continue to Funtana Cugnada (the closed fountain), a source of freezing water at 1458 meters, and continue to climb a little, reaching an altitude of 1500, I think it is the highest point I have reached during this trip. On the way back we pass through the Tziu Daga Forest, where there are mammoth mountain junipers, and the small church of Santa della Maria della Neve.

It’s still September, but today everything spoke to me of mountains and snow. When I close my eyes before falling asleep I still see that mountain scenery and, counting the mouflons that pass me, I fall asleep. 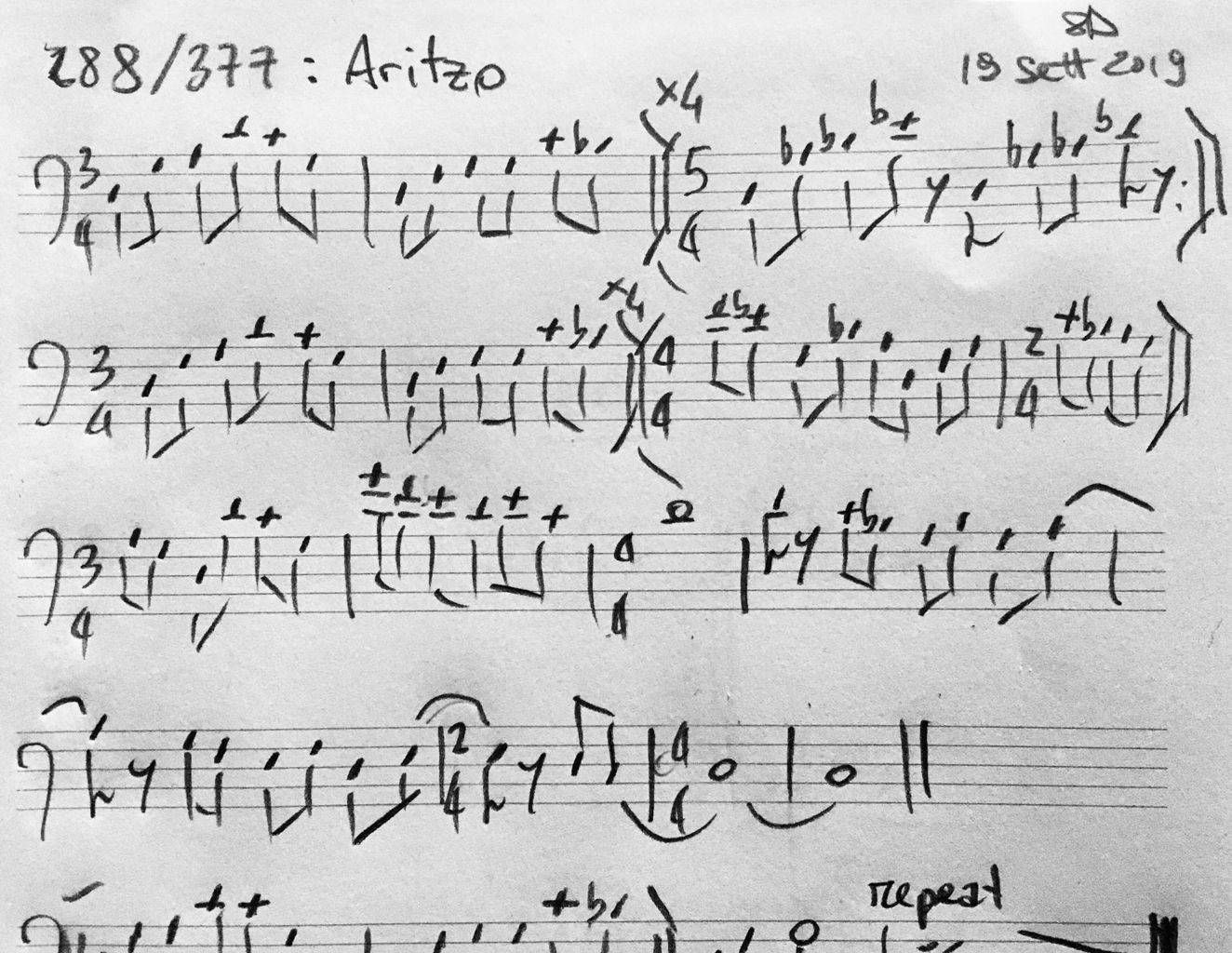 Carlo Pili sends me some anecdotes from the volume “Istorias – Contos de Aritzo” edited by himself and by Tore Curreli and Giuseppe Contu. The anecdotes collected, concerning characters of the village, are in Sardinian, and Carlo sends me a couple, with translations:

“Criecco and the North. One day old Criecco is sitting in the church square with other elderly people like him. A tourist who probably would like to go to Gennargentu arrives and asks: excuse me where is the north of this town? Criecco looks his companions to see if anyone answers, but when he realises that no one wants to talk he takes courage and answers: this is a poor village, we have no North! ”

“Giuale and the drunk. One day at Puncione’s bar, there was a customer who had drunk a lot and was bothering the customers. At that moment two carabinieri enter, and a customer from the bar jokingly says: look at he is disturbing everyone! The drunkard can’t stand up and the two carabinieri drag him out with tugs. At that moment Tiu Giuale arrives and, seeing the scene, exclaims: are you setting him in motion by pulling? “