Overlooking the railing in front of the parish church of Aritzo, I contemplate the valley, thinking about the fact that at the beginning of my journey I passed very close to these mountains. On the other side of the mountains is Tonara, day 14 of my trip. I am so immersed in my memories that as soon as I activate the Go Pro I announce my departure from Tonara! I apologize to the Aritzese!

After about ten kilometers in the woods and a bit of a climb I arrive in Gadoni where Elisabetta with little Marcellino are waiting for me. We make a common jump to greet the mayor Francesco and to leave the bike, and we start a nice walk through the streets of the town.

The first stop is the parish church of the Vergine Assunta. Elisabetta tells me that the original altar had triple wooden panels that were sent to Florence for a restoration but never returned! So it was replaced with a wooden altar from the convent church. On the sides of the altar there are paintings by the painter Tebaldo Nascimbene.

We enter the historic center. Among these streets takes place Prendas de jerru, the event for Autumn in Barbagia that showcases traditions, music and gastronomy. On the night of November 1st, to drive away the spirits, bundles of dried asphodels are lit, which are carried around by hand trying not to let them go out: it is the rite of Is Fraccheras.

We arrive at the church of Santa Marta, modern, from the Eighties, we pass some noble houses, the so-called “Casa de su cavalleri” and we arrive at the courtyard of the parish hall where the convent was once located. This was demolished in the sixties, but in memory the scouts dug a niche where there is a crucifix and a statue of the Madonna.

Back on the main road we go to the house of the painter Tebaldo Nascimbene, a native of Treviglio who lived and worked here. We enter the alpine-style house, now abandoned, and go up to the upper floors. From the windows the view over the green valley is incredible, what an inspiration it must have been for the painter!

Lunch is at Armando and Francesca’s house, who have prepared everything, including an excellent suckling pig with potatoes!

With a full stomach we get in the car to visit this incredible territory, surrounded by Mesozoic limestones that delimit the Barbagia, a natural border that defended the ancient populations from the Romans. We climb up a wooded valley from which we can admire the bridge over the River Flumendosa, where ‘bunjee jumping’ was practiced before it was secured with the side barriers. I’ll cycle over it tomorrow on the way to Seulo.

We arrive at the Bauzzoni equipped area. Around here there are several kilns where lime was produced from the combustion of the surrounding limestones. On the top of the “heel” we enter Is Breccas, a dense oak forest from which spikes of limestone sprout here and there, and, while it starts to rain heavily, we arrive at the Corongia Forest. Among the limestones the shepherds have built their animal shelters, called accili and cuili.

The rain has gotten stronger, but Armando absolutely wants to take me to see the natural monument of Su Campanili. While Francesca and little Noemi stay in the car, Armando and I brave the rain and lightning and head into the woods. After a short walk we arrive at the edge of the “heel”. In front of me limestone edges and woods stand out.

Armando climbs up a spike of rock and tells me “come on, you can see Su Campanili from here”. But as I get closer and see hundreds of meters of overhang below and the nothing in front of me I can’t get on the spike, the dizziness has taken over, once again making me lose an important landscape element, an isolated limestone pillar that rightly was called “the bell tower”.

The last stop of this long day is at the Funtana Raminosa mine. The guide Franco accompanies me and Gabriella, a Brazilian girl who came here to look for the connection with her surname Gadoni, for more than two hours in this spectacular site, nestled in the deep and green valley of the Rio Saraxinus. It seems that here the copper with which the Nuragic people produced the bronzes was extracted, which was then much coveted by the Romans.

From here lead, zinc and copper were extracted. Franco takes us through the treatment plants, from the early twentieth century, and in an even older area with restored ancient machinery. Leaving the sheds we walk along a path that crosses the old village where there was also the church and a cinema.

We arrive at the “inclined plane”, where the material was brought here from the various levels of excavation by means of trolleys that went up a track along the side of the valley. And finally Franco takes us inside a tunnel, which has been excavated since Roman times. Mineralisations of various kinds shine before our eyes and after a fascinating journey we reach the exit, and we look out to admire the clouds that are thinning between the mountain tops.

Back in the village, a succulent dinner based on river trout awaits me at Caterina and Palmerio’s house. What a day! 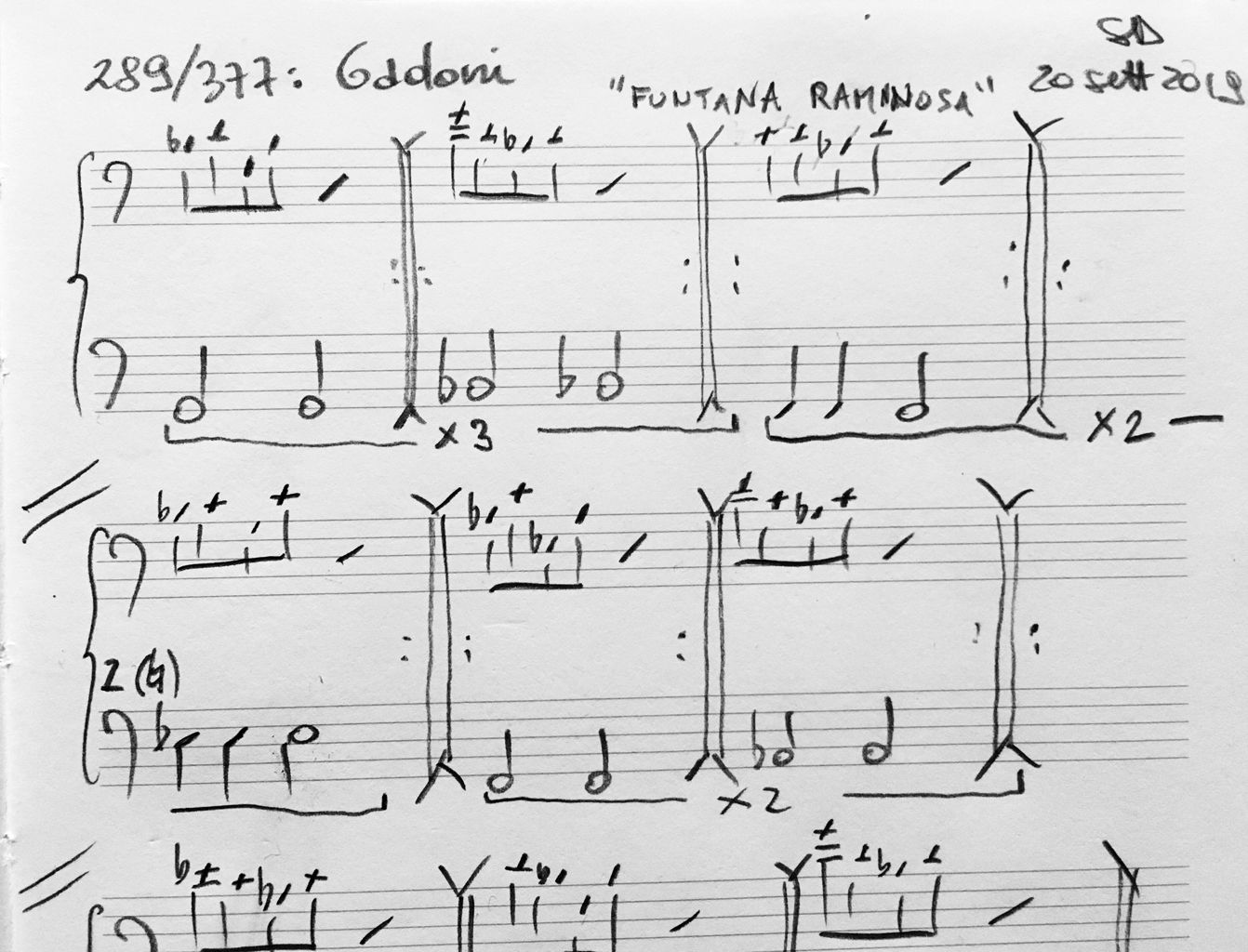 Today I sleep in what used to be the house of Elizabeth’s grandparents. As we walk through the streets of the town, Elisabetta tells me that her grandparents, Assunta and Peppino, used to live in the housing nucleus of the mine called Perdas Orrubias, where the miners’ families lived.

Assunta always said that the day before the famous snowfall of 1956 there was an unusual heat for February. He first went to Sa Cantina, the mine shop, to do the shopping, and then to the common ovens, available to all the families, to make bread.

In the evening, it will be for the unusual heat and for that accumulated in the oven, Assunta caught a fever. Peppino proposed to call the doctor but she said there was no need, at most they would call him the following morning. That night they didn’t even bother to take out the log that burned in the fireplace (which, however, was regularly stolen during the night by the poor).

When the couple woke up there seemed to be no light, it still felt like night. Peppino opened the door and an avalanche of snow, which had covered the house, poured inside. Once he dug a passage, Peppino worried about his parents, who lived in caves close to the vegetable gardens, he built spiked sticks to walk on the snow, testing that there was a road underneath, so much so that you could see nothing but white.

There are photos of that historic snowfall, where you can also see the packs of provisions that were parachuted to the populations of the villages in the area, and it is said that that year there was a surge in births, as many as sixty children, and the reason that still gives, in a mischievous way, is “eh … the snowfall of ’56 …”.

The inventor of the drum pistol was called Francesco Antonio Broccu di Gadoni, but Colt was faster, and as in the case of Meucci’s telephone, later patented by Bell, the drum pistol was patented by Colt and took its name. For more information about this curious story, you can read THIS interesting article (in Italian) taken from the Unione Sarda newspaper.