Starting from Meana Sardo, I enjoy a nice descent before arriving once again in Atzara, where I stop to have a coffee with Daniele who hosted me in Sorgono on days 19 and 20. It is always nice to meet people again on this journey, and even nicer meeting new people.

In fact, at the bar Daniele introduces me to Mauro Patta, a muralist from Atzara whose works I have been able to admire in various towns in Sardinia, not least in Piazza Fenu in Meana.

Unfortunately I have to leave, I say goodbye and get back on the saddle. The street is deserted. Through a very wooded area, I enter a valley that seems closed by the mountains, but the road slowly opens up a path between the green and, climbing more and more, I arrive at the top from which I enjoy a wonderful view of the Barbagia di Belvì.

I walk the last few kilometers of descent and finally enter Belvì where the Mayor Sebastiano and his wife Valentina are waiting for me, together with Sergio, owner of Sabores Antigos, Elvia, president of the women’s choir, and Gabriella, a local tour guide.

Once the bicycle and luggage have been placed in my accommodation, the welcoming b&b Casa Juanna (behind my bed a giant by Paolo Fresu … coincidences?). We begin the tour to discover this real capital of the homonymous Barbagia, cut in two by the state road 295.

We start from Pratza Manna, where a series of chestnut wood sculptures recall the Symposium of the Arts, an event that mixes sculpture with poetry and music, where the different artists inspire each other. Some works are made with recycled material, such as those of Jean Pierre Orsoni, an artist from Corsica. His boat hanging from the railing of the square that seems to sail in a green sea, the woods behind.

Among the streets of the village the houses are all in schist, some plastered with the old lime produced in the kilns that were once abundant in the surrounding countryside. The wooden elements of some buildings project me into a mountain atmosphere, and I can imagine everything covered with snow in winter.

We follow an artistic itinerary that constitutes the Open Air Museum of Contemporary Art (MAAC), which was created for the Sonos De Linna Festival, where a series of works had been placed outdoors in the streets, joining the historic center to the Museum of Natural Sciences and continuing to the municipal park, where there are a series of beautiful wood carvings by international artists.

Going down towards the lower part of the town we still find various wooden sculptures, and many public fountains. It is amazing to think that modern running water systems only arrived here in the 1970s. We arrive at the parish church of Sant’Agostino. Inside, a series of beautiful wooden altars, and the main one which still bears the signs of a devastating fire. On one side is a row of hand-decorated votive candles.

We continue towards the beautiful little station of the Green Train of Belvì-Aritzo. On the tracks covered with foliage, I spot a lot of hazelnuts, and I take the opportunity to have a feast. From here you can clearly see the imposing limestone peak in front of the town, Pitz’e Pranu. Next to this, the railway line enters a tunnel 999 meters long. It is said that the designer committed suicide for failing to make it one kilometer in length.

We take the car to reach the green countryside around, passing through valleys rich in chestnut and hazelnut groves, and we arrive at a clearing where there is a beautiful, immense secular walnut. We stop to admire it, and caress it in all its majesty. From here we then move to the well-restored country church of Santa Margherita di Antiochia, presumably the old parish church of the original village in the Iscra valley.

Back in the village we go to look for the sculptor Tonino Loi, author of the Funtanedda fountain, but also of many sculptures that I have admired in other countries, the Warrior God of Teti, or the great mask at the entrance to Ottana. Unfortunately the sculptor is not at home.

We get to Sabores Antigos, Sergio’s artisan pastry shop, which he tells me was opened by his mother who had learned to make pastry from the old women of the village and initially produced them at home. Here I taste the famous caschetes, called ‘bride’s sweets’ and the buconetes, a sort of gueffus, but with hazelnuts instead of almonds.

In the basement of Elsa’s shop of traditional objects and clothes I admire a reconstruction of ancient environments, and an exhibition of traditional male and female clothes, and objects of everyday life, a real ethnographic museum.

This long day is not over yet! I am invited to rehearsals by the Stella Splendens female choir at the social gathering center. Here I find Gigi as conductor, whom I met at the choir headquarters in Bosa. I enjoy the rehearsal and the female voices. In Belvì, however, there is also the Sos Ordinagos male choir. The two choirs alternate in the Isteddos de sentimentu event, made to celebrate the poetry of local poets of yesterday and today with song and music.

After a sumptuous dinner with the Mayor Sebastiano, Valentina and their children Gaia, Carlotta and Alessandro, I go to bed exhausted, behind me Paolo Fresu playing the trumpet in the giant photo … I’m in good company. 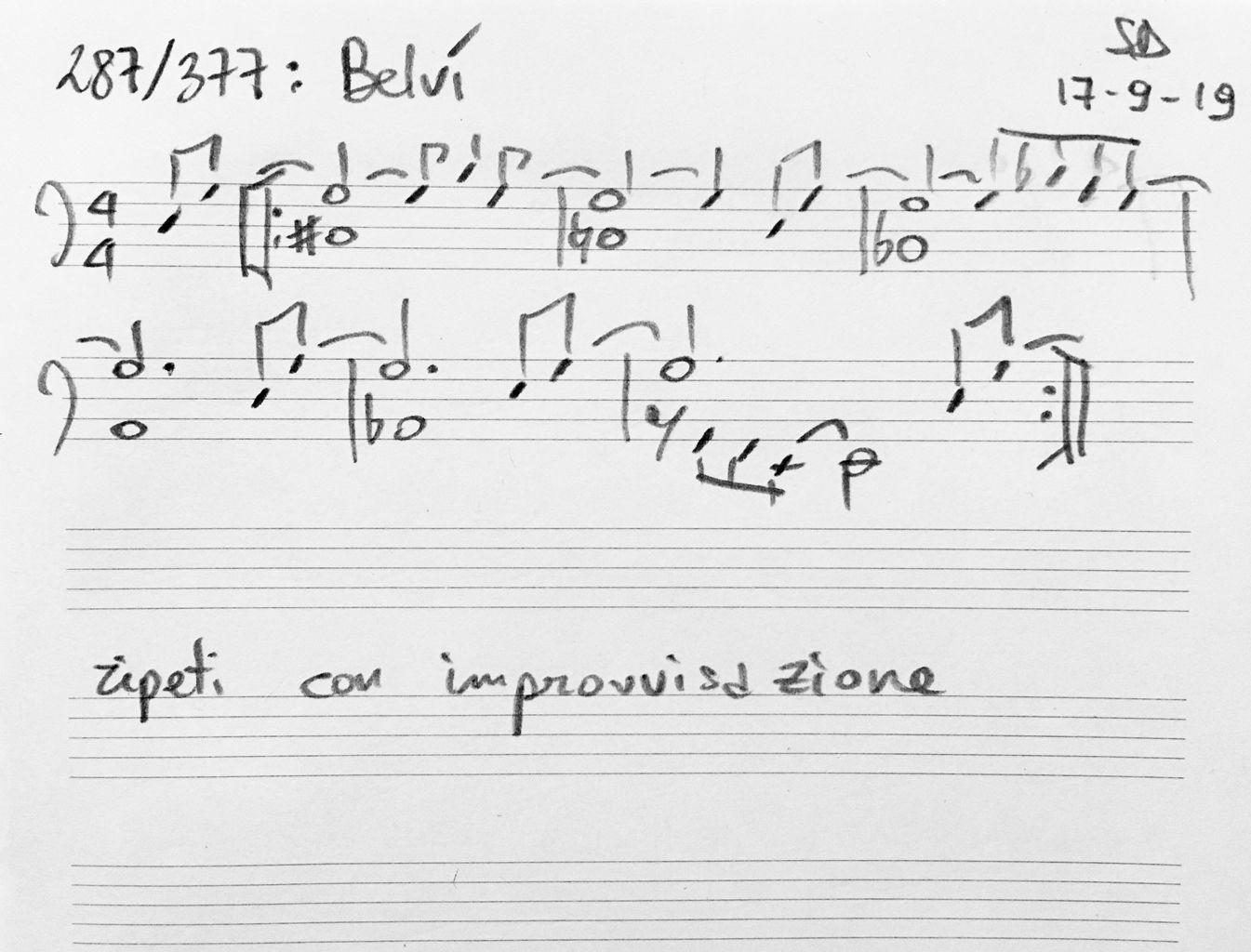 Let’s shed some light on the term Barbagia, a “theoretical” region that actually brings together a series of historical regions, more or less extensive. We know that the name of Barbagia (from latin Barbaria) appears in Roman documents of the 1st century AD, while its inhabitants, the Barbaricini, appear in sources from the 6th century AD, when, under Pope Gregory I, they converted to Christianity and joined to the other Sardinian peoples.

As for the sub-regions of a single Barbagia, the Treccani Encyclopedia which states:

Then there is Wikipedia (https://it.wikipedia.org/wiki/Barbagia) which under the entry Barbagia lists the following sub-zones that would be part of it, creating a bit of confusion with the addition of Nuorese and Ogliastra:

The website of the Sardinia Regional Government https://www.sardegnaturismo.it/it/luoghi/centro/barbagia indicates “the Barbagie of Belvì, of Bitti (the northernmost), of Nuoro, of Ollolai and of Seulo (the southernmost) , plus the territory of Mandrolisai, west of Gennargentu “.

Curiously, for those who think that Barbagia, or Barbagie, are the innermost areas of the island, Dorgali, to which a beautiful stretch of coast of the Gulf of Orosei belongs, is part of the Barbagia di Nuoro. Barbagia with an outlet to the sea then!