The Flumendosa River, which starts on the Gennargentu not far from here, has carved a deep V-shaped valley. I quickly descend one of the two sides of the V and arrive at the impressive bridge on which I stop to look below. This is where bungee jumping used to take place, which was then interrupted by securing and building high barriers.

Once I leave, the climb on the other side of the V is waiting for me. It is less steep and longer, and the view on the limestone heels that emerge from the green woods is spectacular. I am entering the Barbagia di Seulo. It is strange how these places belong to the province of Southern Sardinia despite having almost nothing in common with the south in terms of traditions, history and customs.

In the last uphill stretch, on the curve before entering the town, I spot a group of people with a welcome banner. They are a group of friends, led by the brothers Beppe and Paolo, longtime friends since adolescence in Cagliari. They are with their uncle Giovanni, who hosted me for lunch on my day in Marrubiu, their aunt Rosanna, Grazia and William.

Some of them came by bicycle, so we enter the village on two wheels and head to the Town Hall where Mayor Enrico and his brother Pierpaolo, whom I recognise as my colleague in geology at Uni, are waiting for an institutional greeting.

Once we leave our bike and luggage at Beppe and Paolo’s house, we take the cars to visit this wonderful area. At the helm is Beppe Giovanni’s uncle, nicknamed “ponifogu” for his incitement to stoke the fire in the fireplace, and a great lover of Alpine troops.

We take a road that reaches the beautiful Nosaunu forest, where there is a forestry barracks, and from here we admire the view of the area from above. Then we continue along a narrow and bumpy dirt road where “ponifogu“, despite his advanced age, seems to be completely at ease while I much less! We park in a pitch and from here we continue on foot.

We arrived at Su Passadissu, a path that runs along the entire limestone wall overlooking the Flumendosa valley. The view is truly breathtaking. There are some points where the walkway is really narrow. However, I manage to master my sense of dizziness and enjoy the sensational view. We arrive at Pitzu Nusaunu, 772 meters above sea level, from where I can see the territory to the south that awaits me in the coming days.

Lunch was organized at Manuela’s Agriturismo Ticci, where Tarcisio and Elisabetta also join us with little Marcellino whom I met yesterday in Gadoni. Lunch is truly royal, with genuine local products. Unfortunately, it is always sad to get up again, especially with a large selection of “digestives”, but we still have a lot to see.

The next stop is the Addolì Forest. Left the cars, we enter a path in the woods where there are several old kilns for the production of lime. We continue along the path of a tributary of the Flumendosa and arrive at Su Stampu de Su Turrunu, a small lake formed by a very particular waterfall that falls into a hole in the limestone.

Unfortunately this is not the best time to see waterfalls, the jet is just a trickle, but nevertheless I can put my feet in the frozen water and enjoy this fairytale scenery. One of the major attractions of this area are the Sa Stiddiosa waterfalls, but unfortunately the road to get there from here is very long and arduous and I have to postpone the visit to another occasion.

Not far from here we visit the Is Janas caves where Maria, guide of the Flumendosa Seulo Ecomuseum, takes us through the halls of these cavities, rich in concretions, magnificent stalactites and stalagmites.

The evening ends with the meeting with the Perdedu Seulo Choir, which rehearses under the direction of Andrea Desogus, a former colleague at the time of the Conservatory. I join the choir, first with the ukulele, then singing in the bass, and we conclude this long day by eating sheep in overcoats and drinking good red wine, worthy culinary representatives of my second visit to Barbagia. 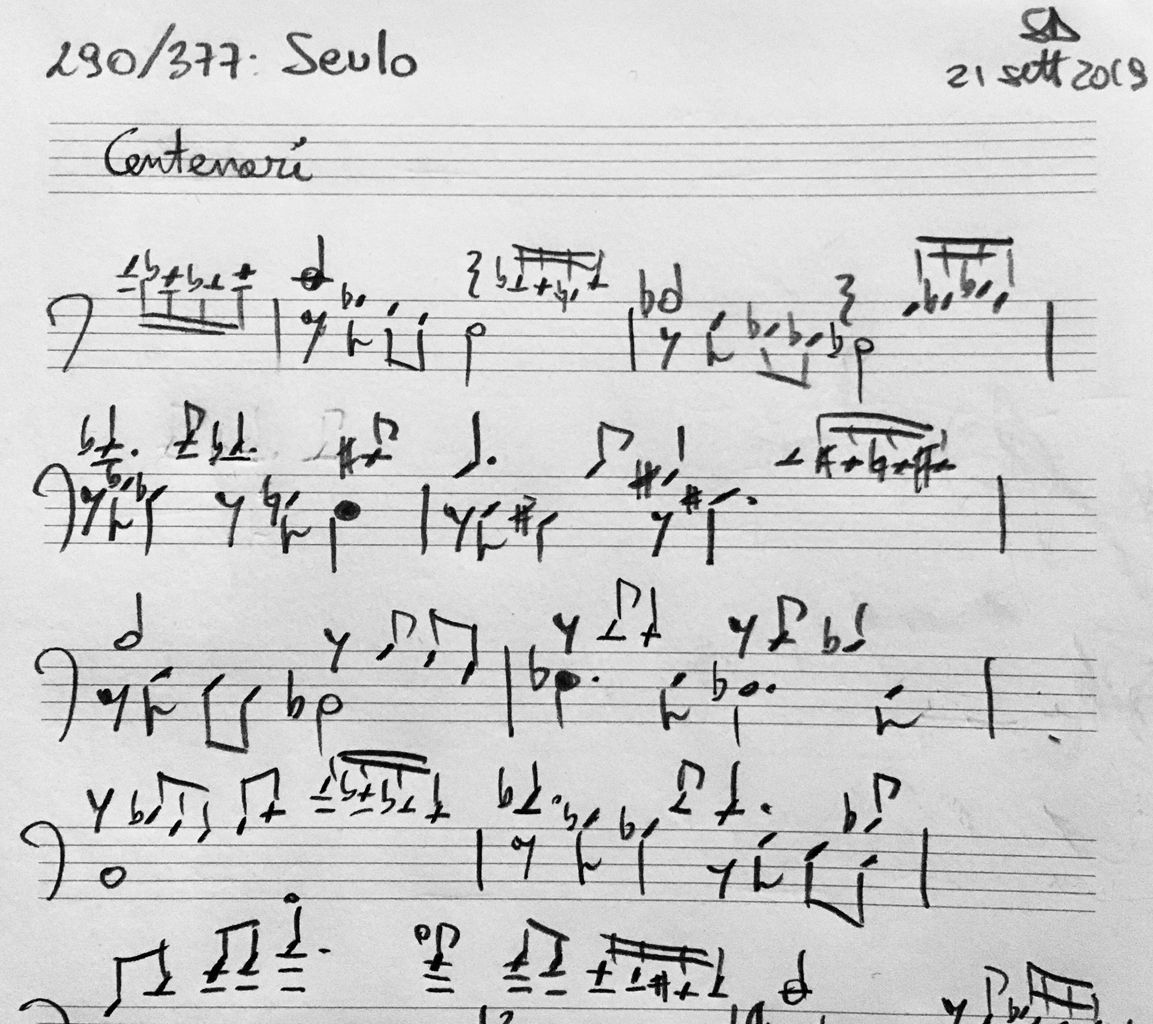 Seulo, together with other villages of Ogliastra, Arzana, Baunei, Talana, Urzulei and Villagrande Strisaili, have been officially included in the program as Sardinia Blue Zone, a real longevity observatory in Sardinia led by the researcher Gianni Pes, by the Belgian Michel Poulain and other scholars. The program studies long-lived villages, places where the concentration of centenarians is higher than in others.

In reality there are also many other places that boast a high number of centenarians, Perdasdefogu, Ussassai, but Seulo has officially entered the Guinness Book of Records for having 20 centenarians out of 900 inhabitants.

Longevity studies always analyze habits and lifestyles. In these areas of Sardinia, the diet is mainly based on pistoccu bread, possibly based on mother yeast, and on goat’s milk and cheese. But in reality other countries such as Japan have other recipes: in Okinawa, at the top of the longevity ranking, mainly fruits and vegetables are consumed.

The neurologist Maria Rita Piras, part of the Sardinia Blue Zone team and expert in the treatment of Alzheimer performed several tests on the centenarians of Villagrande, and highlighted the cognitive integrity of the elderly who seem immune to senile dementia, while preserving ” richness and clarity of language, together with a perfect personal and collective memory”.

Pino Ledda a genealogist originally from Ales, also part of the Sardinia Blue Zone team, created the family trees of all the Seulese, doing a research that goes back four hundred years. By rummaging in the archives of the Municipality and the church, he reconstructed events, personal stories, biographies. He also cataloged the nicknames, essential for distinguishing homonymous people and identifying family branches.