I resume my journey after the interruption for the concert at the Time in Jazz Festival and I feel rested, especially mentally. I travel the few kilometers that separate Bono from Anela and I am welcomed by the Mayor Damiano, a geologist colleague who also hosted me in his hometown Benetutti.

We drive by car to the mountains behind the village, passing through the reforestation of fir trees, to arrive at a beautiful holm oak forest where we stop to walk. We cross a typical fin and then a spring of fresh water.

I am always amazed every time I discover a new peak in Sardinia that exceeds 1000 meters above sea level. We are in fact close to Punta Masiennera, at 1157 meters and the air is very healthy despite the heat.

The territory of Anela borders on the territory of Nughedu San Nicolò, which I visited several months ago. Recent excavations have brought to light the Necropolis of Sos Furrighesos, partly still to be excavated, but it is very difficult to reach. We arrive instead at the ruins of the Romanesque church of San Giorgio di Aneletto. Not far away, on the plain of the Anela forest, the new church was built. We are close to a panoramic point from which one can see the Tirso Valley below, the Gennargentu mountains and the white ridges of the Supramonte di Oliena. I remain to contemplate the territory for a while.

After a good lunch at his home, Damiano takes me to the Sos Chercos farmhouse owned by Pierpaolo, on the road to Bultei. Nearby is the country church of Santa Maria di Mesumundu, also known as the Church of the Madonna delle Rose, from the 12th century. I take this opportunity to rest before returning to visit the centre of the village.

In the evening, I take a walk to see the 1886 granite Funtana Noa and admire a series of murals on the main street. The village is shrouded in silence. One of the squares is being set up for an evening where refreshments will be offered. The foods are all local and genuine and gradually people arrive, creating a nice summer atmosphere. Damiano asks me to play something and, having taken the microphone, I introduce myself to the population of this small village and I play two pieces. Among the people I see two cradles. They are the only two newborns this year in Anela, who sleep deeply, ignoring the nocturnal chatter. 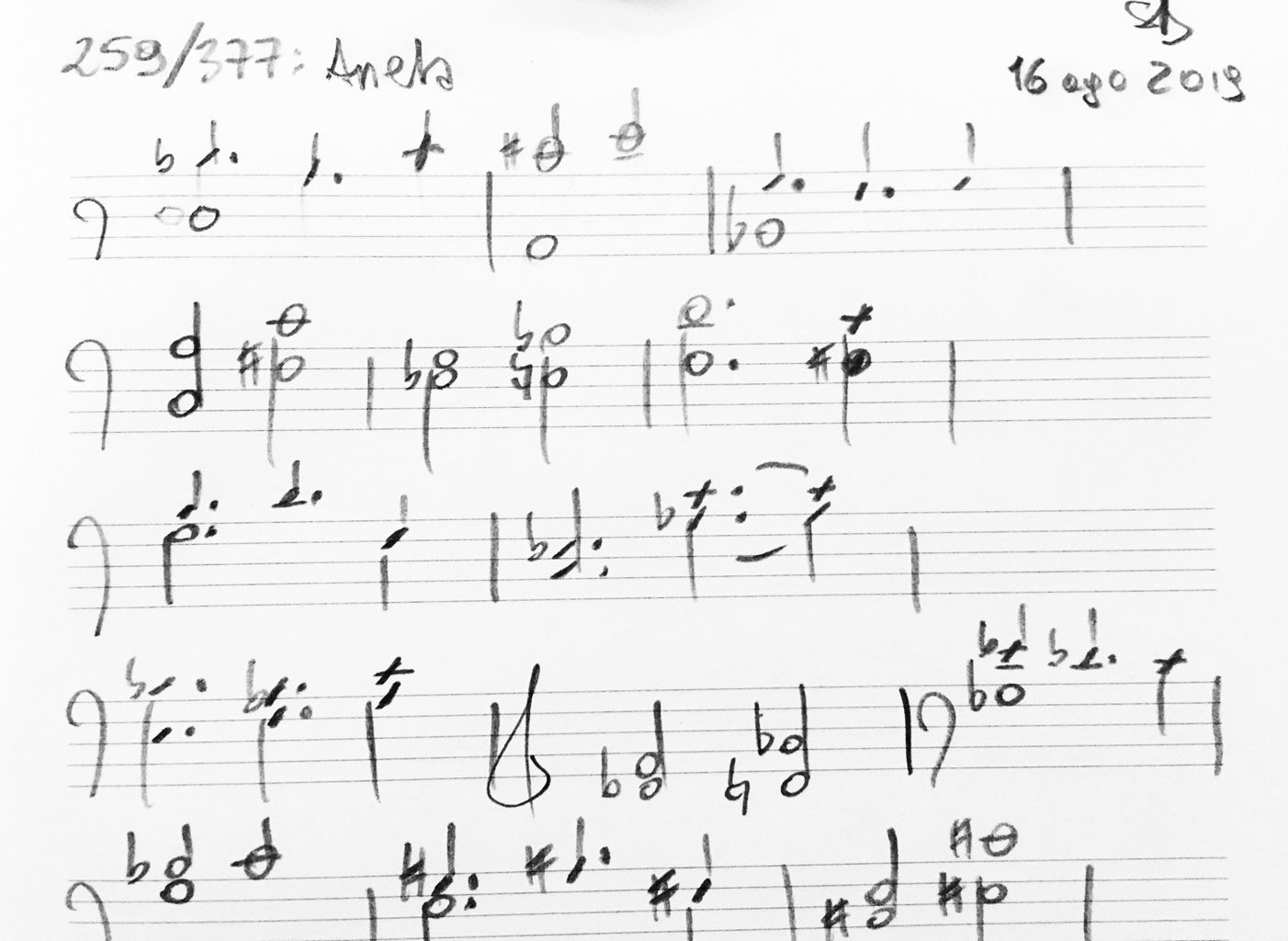 In the middle of the forest, Anela Damiano takes me to a panoramic point overlooking the north side of the mountain. Here is a plaque reminiscent of a tragic event. Damiano tells me that in July 1945 the inhabitants of Anela had gathered near the forestry barracks to attend a thanksgiving mass for the conclusion of the Second World War. Once the religious service was over, around 11 in the morning, an alert was sent from the sighting point of Punta Masiennera for a fire that broke out on the slopes of the mountain. Seven foresters, whose names are all written on the plaque overlooking a narrow valley, rushed to the place but were closed in the valley by the rapid advance of the flames, with no possibility of escape, and met a tremendous death.

A poem by Nicolino Pianu, from 2015, recalls the seventy years since the event and the seven foresters Settimio Farina, Antonio Loi, Salvatore Paoni, Giovanni Sanna, Antonio Satta, Giovanni Antonio Virdis and Silvestro Virdis, who attempted to save the Anela Forest. I stand looking for a while at this mountainside, now green and breezy, imagining that terrible morning and reflecting once again on the plague of fires.