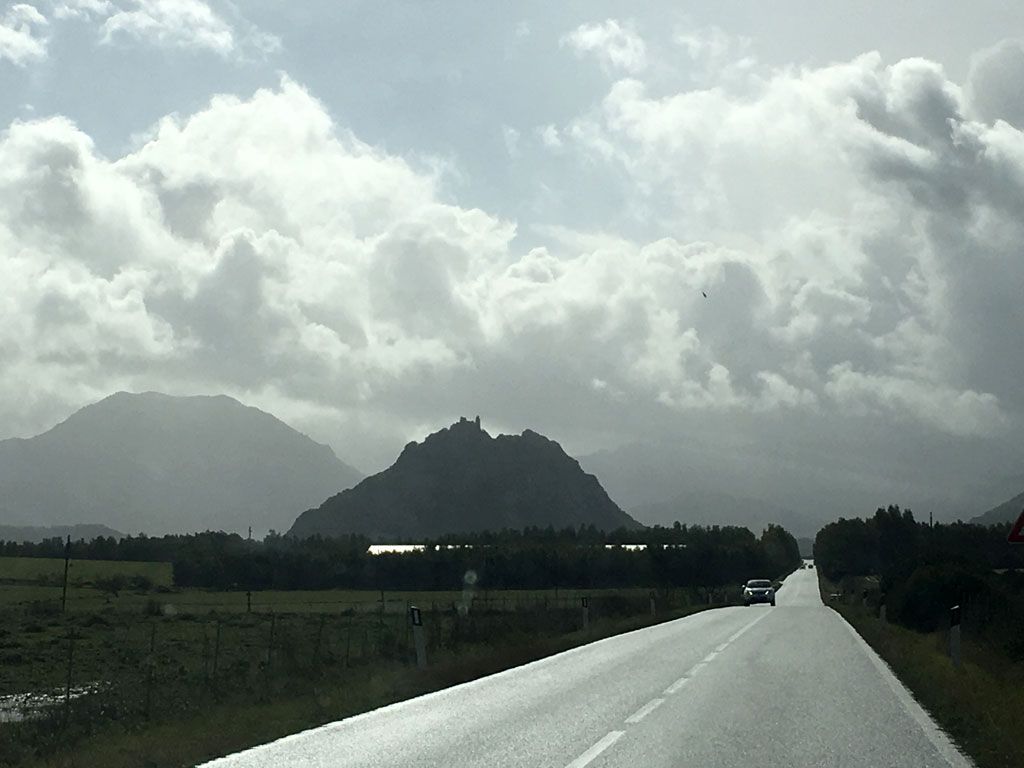 Today’s road is a flat and very long straight road that runs parallel to the 130 highway. On the left side the mountains, and the volcanic hill above which the Acquafredda castle is located. From both sides, fields, completely flooded. The bumps are completely filled with water. Only towards the end some hills and bends attenuate boredom, accompanied by the discomfort of a typically British drizzle.

I arrive at the central square, with a beautiful monument to the fallen and in front of the small seventeenth-century church of San Sebastiano. Here the councillors Isaac and Elisa and the clerk Duilio welcome me. Tehy will take care of my day. After a coffee at the bar on the square, we head straight to the countryside to go and visit the castle of Acquafredda. 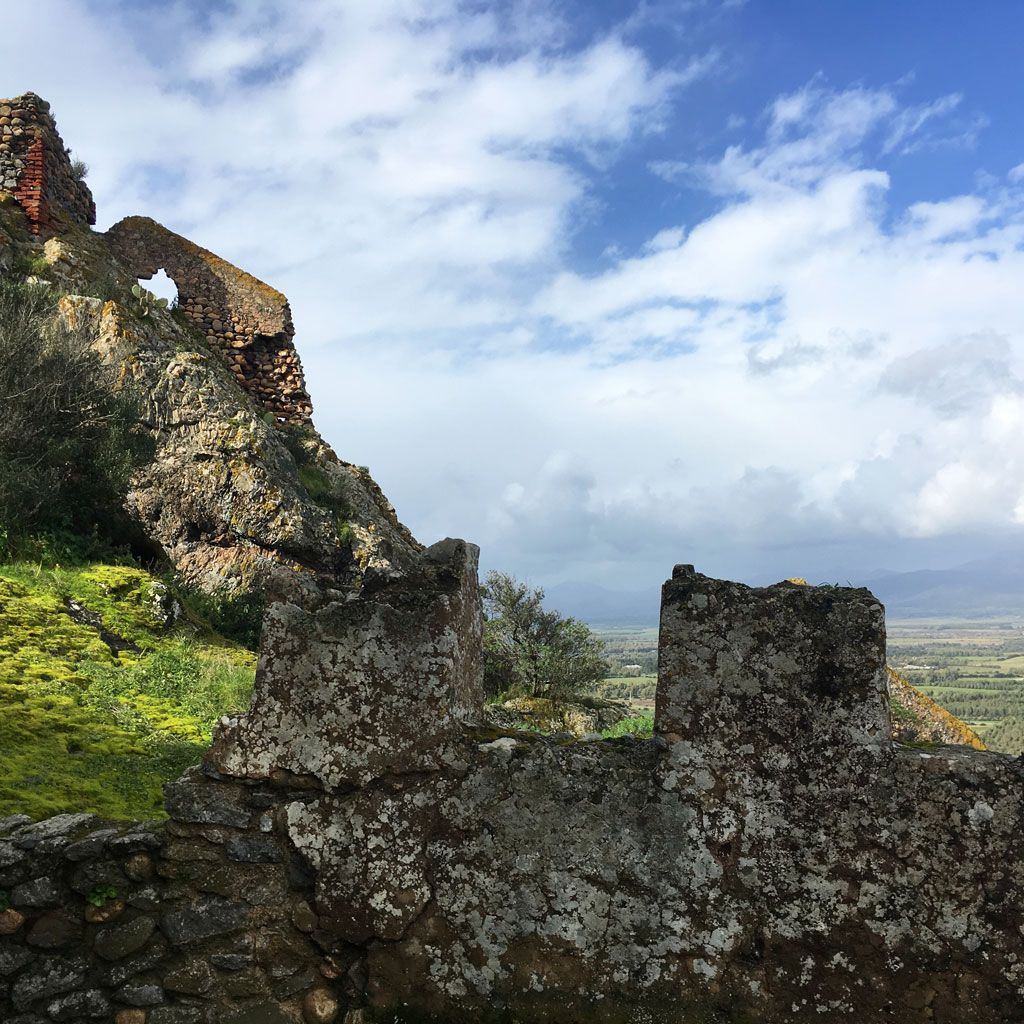 The rain has stopped but climbing along the steep stony pavement is quite dangerous and we only get up to the first level of the castle. It is enough to realise the dimensions and dispel the belief that one has passing on the 130, that only four walls remain of the castle. The structure is impressive. Halfway up there are the remains of what was the old village, then the real entrance to the castle, narrow and in a bend to avoid the break with the ram. Going further up you get to the ramparts, with merlons and loopholes still visible. We arrive at an open space where there are the remains of the Santa Barbara church.

Duilio informs me that several Italian poets sang Siliqua and the castle in their verses, including Quasimodo and Cardarelli. We descend to the bottom, we get back in the car for a ride around the countryside. here, many families from Nuoro, in particular from Desulo, who transhumance definitively brought here, live on pastoralism. The rest of the land are vineyards and olive groves. 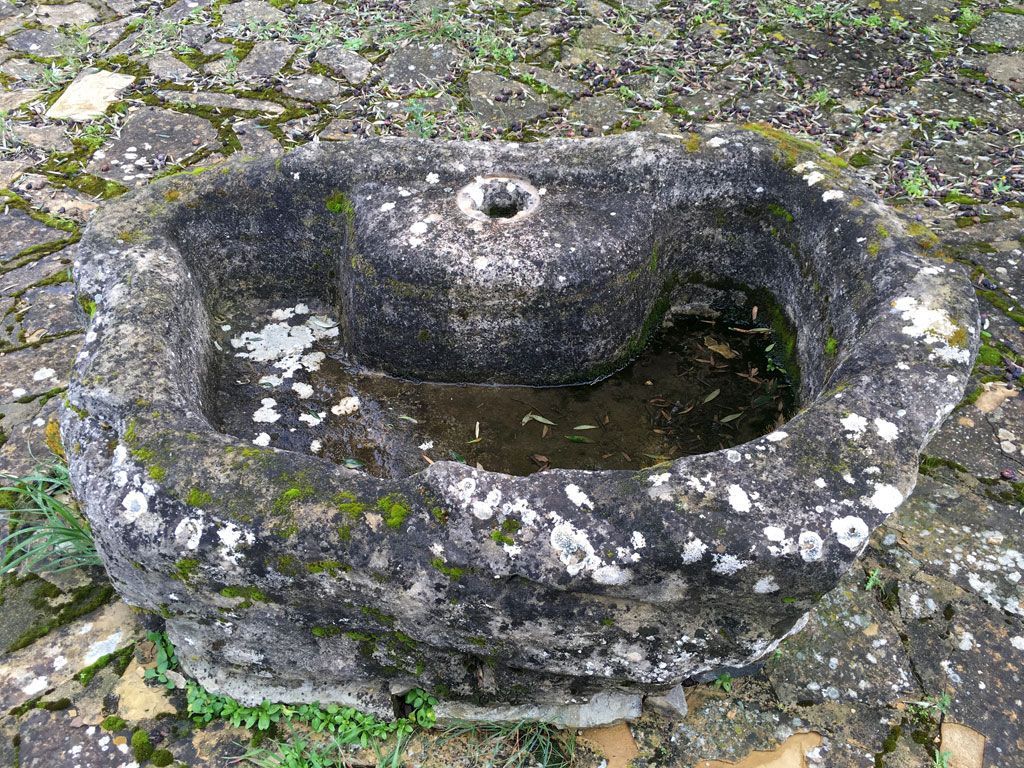 We stop at the rural church of San Giacomo. Opposite the facade there is an old stone basin with a hole to insert a pump to pull up the water contained in the cisterns below. We continue towards the mountains and arrive at the entrance of the famous sources of Zinnigas, where San Giorgio water is bottled. Some families are filling bottles from public taps. Many allotments are also found here. In particular, orange trees, which were once shared among the population, three trees per family, from which they could gather the fruits (a little like the olive trees of S’Ortu Mannu in Villamassargia, an olive tree per family). 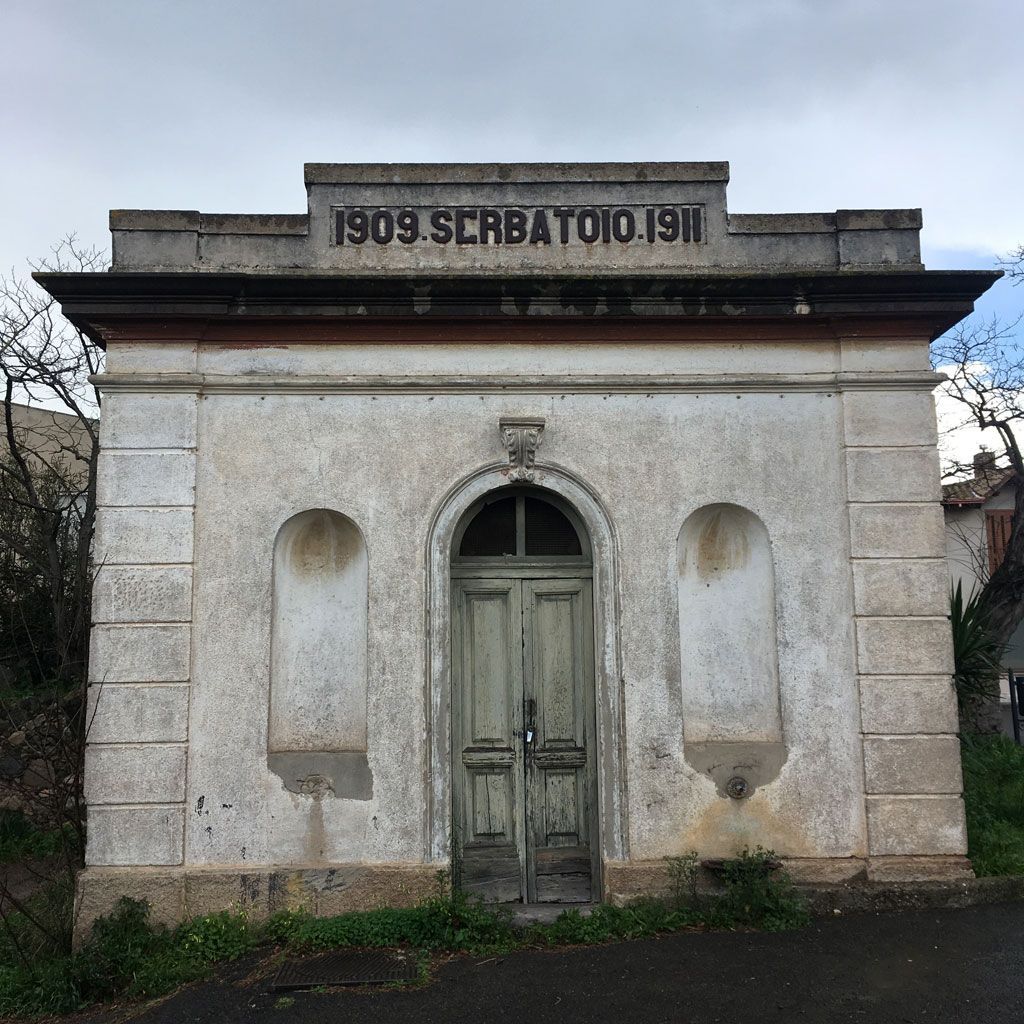 Back in town, we visit two more churches, Sant’Anna and San Giorgio martyr, then we walk to the old water tank, in front of which stands a beautiful house in ladiri bricks that the Municipality would like to acquire to save it from collapse. The evening ends at Monte Granatico, with a meeting with the Siliqua Brass Band, a centennial institution. I play with them, as a group and with individual musicians, and I tell my project before the Mayor Francesca, who came for the occasion. 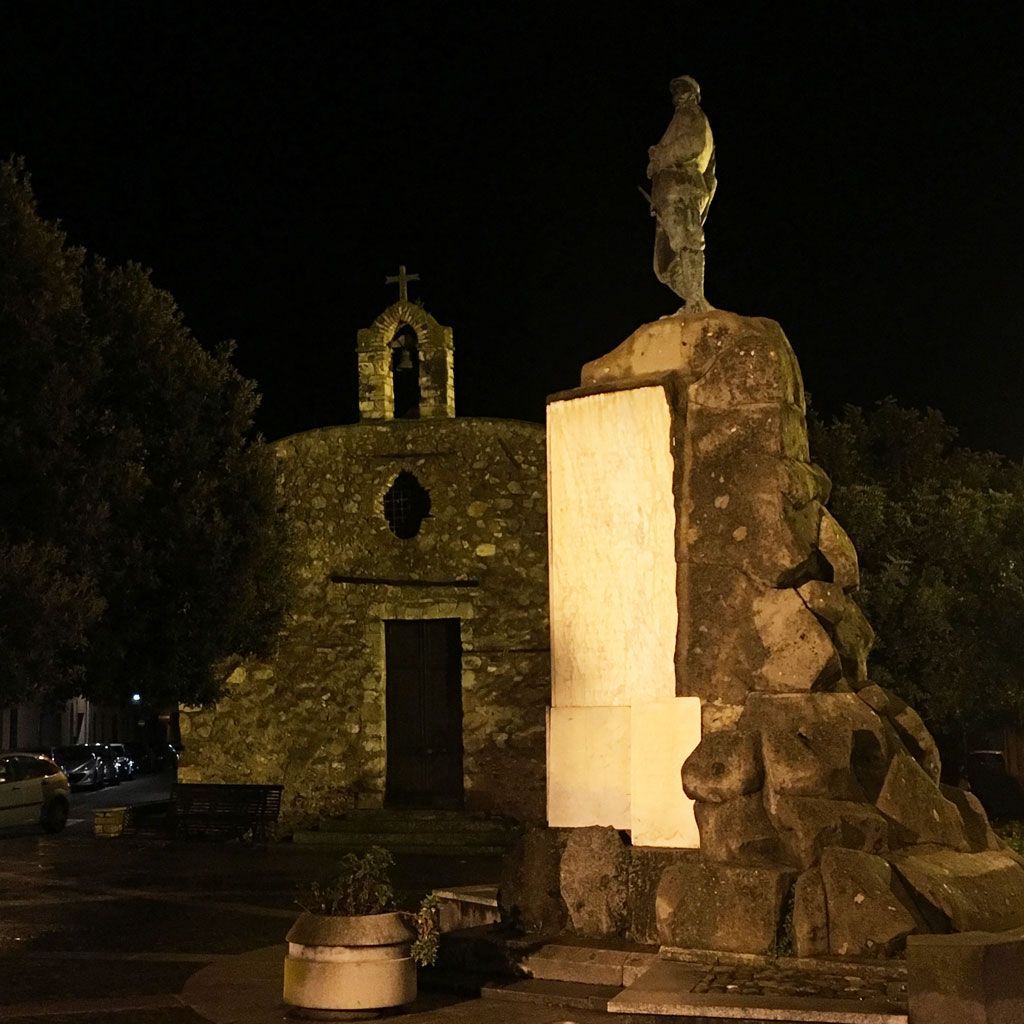 The evening ends in a pizzeria, where there is a quiz (in style of the pub quiz of the English) that in the end we win as a team of a dozen people, with the name of 377! Prize: a bottle of water, which I cannot keep! When they bring me back to the bnb Sa Lolla it is pouring out, and I fall asleep exhausted at the sound of the water beating on the window. 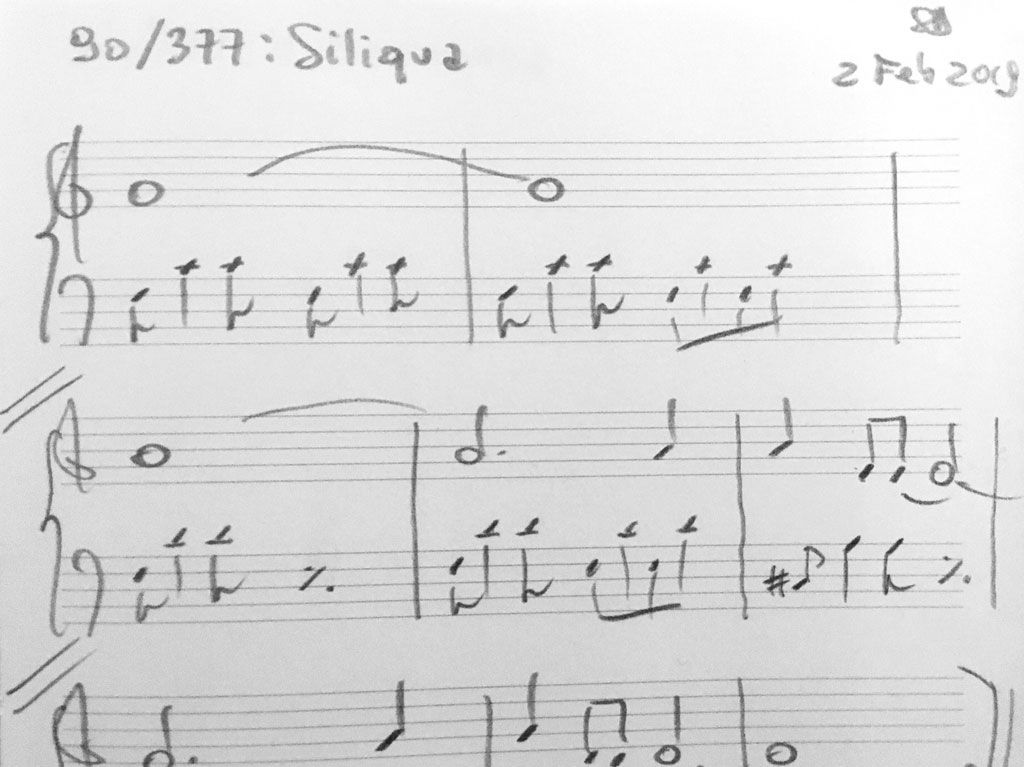 Back in 1992, when I was twenty, I convinced my father to buy a motorbike, a Honda Rebel 450, when I still had the myth of custom bikes and America. We bought it in Quartu Sant’Elena from a guy named Valter Mascia. A few years later, when I was a student of geology, someone approaches me outside the faculty and asks me where I bought the bike. It was Valter himself, who had recognised his old motorbike, and who happened to be there because he too was a geologist.

After many years, when I dedicated myself completely to music, I hear about a saxophonist called Valter Mascia, and I find out that he is the same geologist and seller of the Honda Rebel. By chance, we met again in some musical environments. A few years ago I decided to sell the bike to a friend, who used it only for a few years, then left it in a garage.

It is only a few months ago that I decided to buy the bike back, and today, as a kind of magic, its first owner, Valter,  also reappears. He has recently moved to Siliqua, and tonight he has joined me at Monte Granatico. It’s the first time we play together, improvising completely, and in those few minutes the notes communicate to the public all that we have had in common, the Honda Rebel, geology, music.