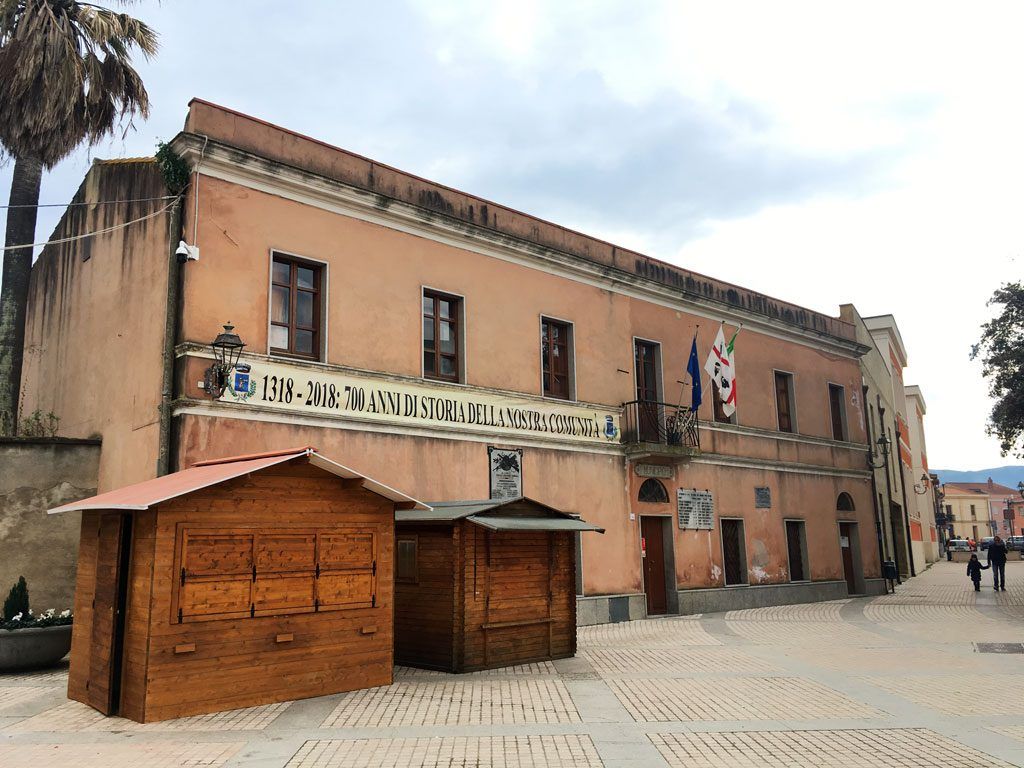 Today is the coldest morning since I started. The temperature has dropped to 2 degrees and the fields around Antonello’s house are covered with frost. I leave late, waiting for it to warm up a little, and I go along the short stretch of road that connects Musei to Villamassargia, passing by the train station, an important junction for trains that go from here to Iglesias or Carbonia. I cycle the last stretch on the bike path, and I get at the entrance of the village, noticing with pleasure that the famous traffic lights that interrupted the provincial road near Villamassargia are being converted into a big roundabout! 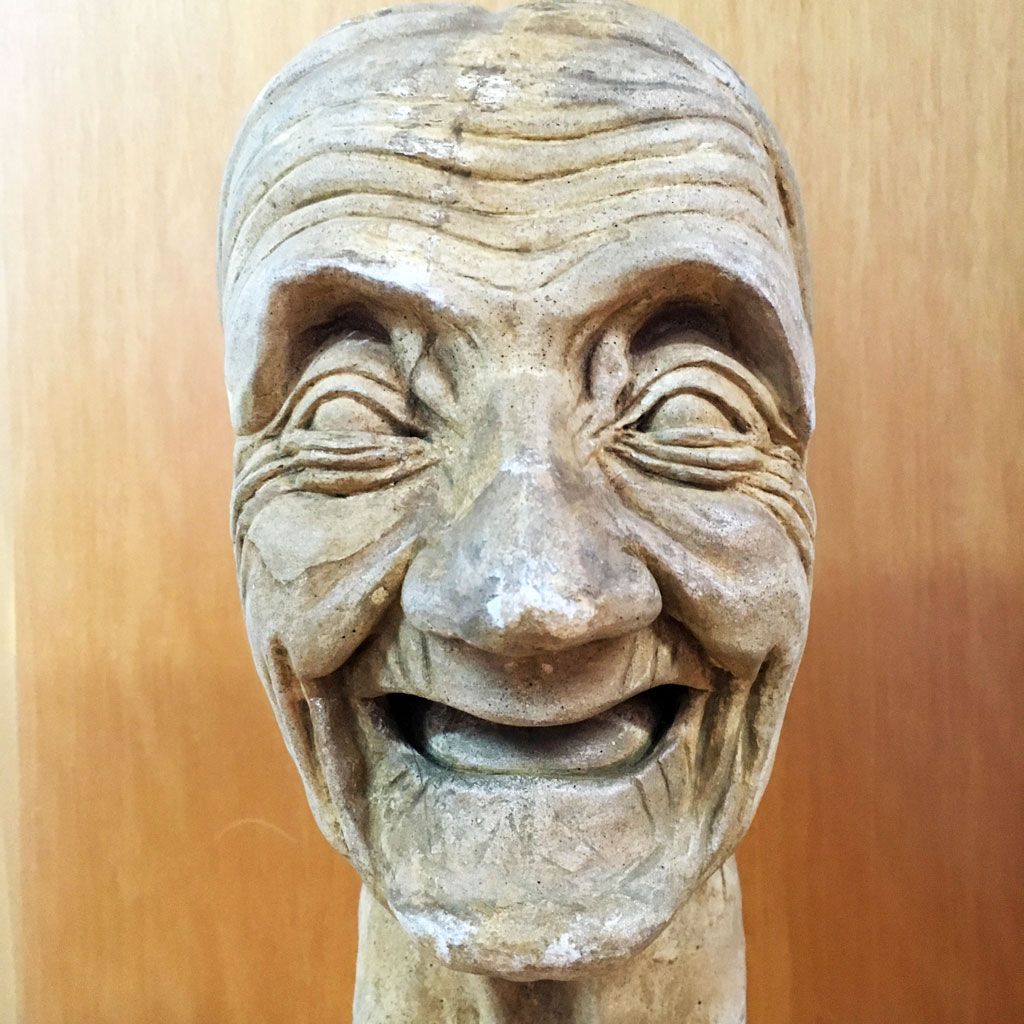 I arrive at the Town Hall and meet the Mayor Debora and the Councillor Fabio. Tecla and Gavino from Proloco accompany us too. The Town Hall is a beautiful old building containing beautiful works by the artist Amelia Camboni, originally from Villamassargia who worked mainly in Rome. Immediately outside the Town Hall, in Piazza del Pilar, I admire the Romanesque church of San Ranieri. 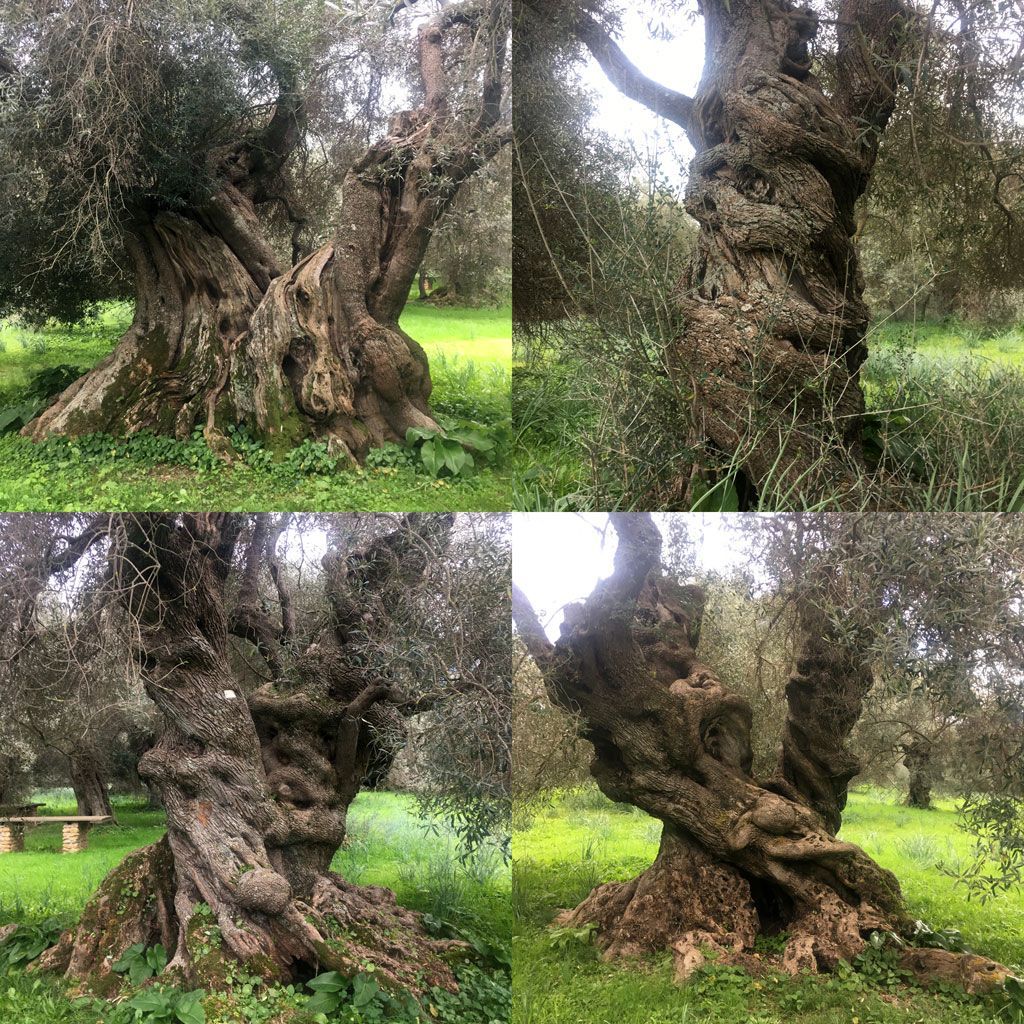 After a good coffee we move to see one of the major attractions in the area: S’ortu Mannu, a park containing olive trees, not a couple … hundreds! We drive towards the mountains, we see the remains of the castle of Gioiosa Guardia on the top of a hill. Unfortunately, the sky is cloudy and it begins to drizzle, but the show is worth a few drops on the head. Arrived at the park, we are welcomed first of all by the Reina, the queen of the trees, the largest olive tree of all, isolated, with an immense trunk. And then, as you enter into the forest, dozens of olive trees with trunks of different shapes, gnarled and often entangled on themselves. The olive trees are marked with numbers. They tell me that they are registered, that every tree has a different owner. In fact, once upon a time the owner of the land entrusted the individual olive trees to the citizens, and it stayed like this for centuries. 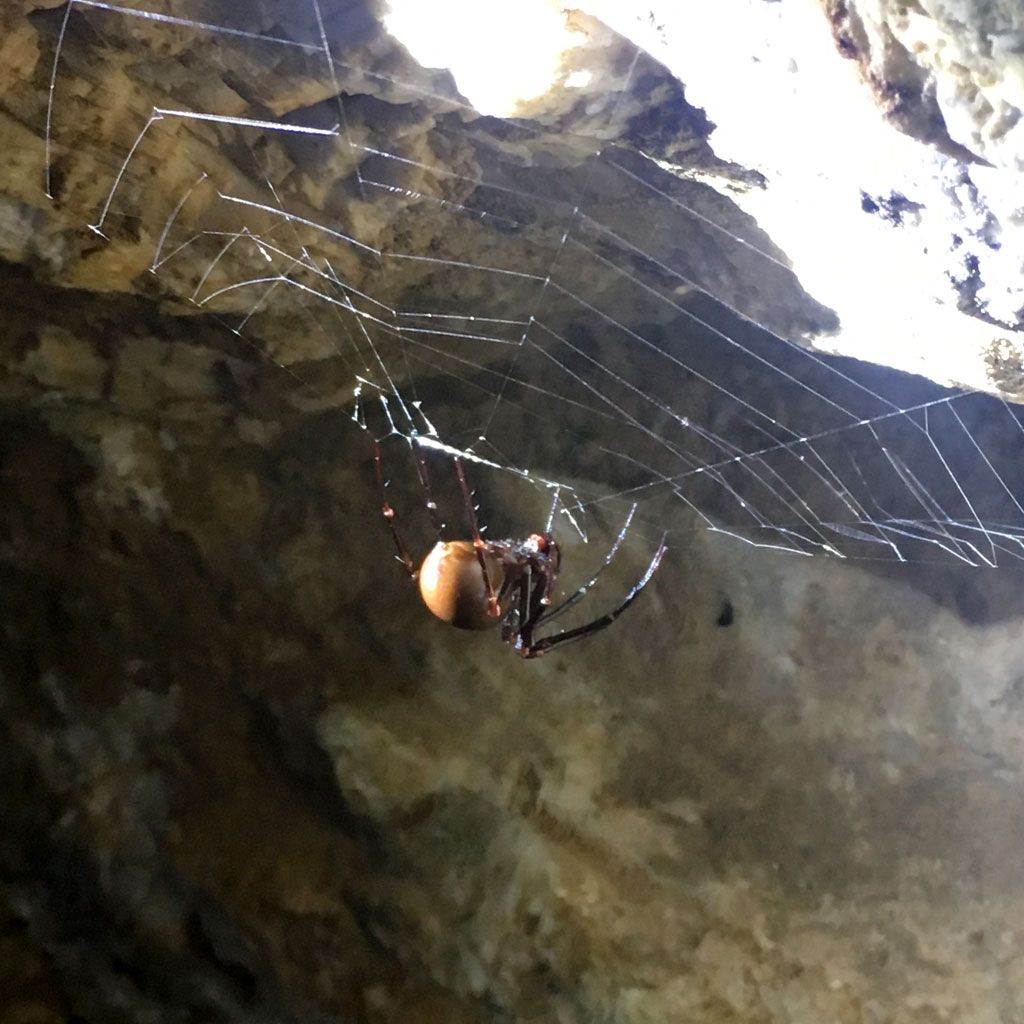 In the afternoon, together with Antonio, Carlo and Luciano from the Speleo Club, we visit the mines of Orbai, part of the Santa Barbara Mining Trail. The woods of Monte Cadelano are lush, and the rocks often change from schist to limestone. We are in fault zones, where the tectonics has remixed the rock formations, and that is why in these areas a concentration of important minerals, known and excavated for thousands of years, abound. The mine is closed to the public, but thanks to Antonio, Carlo and Luciano who own the keys and helmets with lights, we enter. It is my first time in a mine and I am completely fascinated, like a child, by passing through oxen next to dug walls, sparkling minerals, pools of water, rusty rails, endless tunnels and chasms from which hot air rises, not to mention the inhabitants of these obscurities: bats and huge spiders, all sleeping. 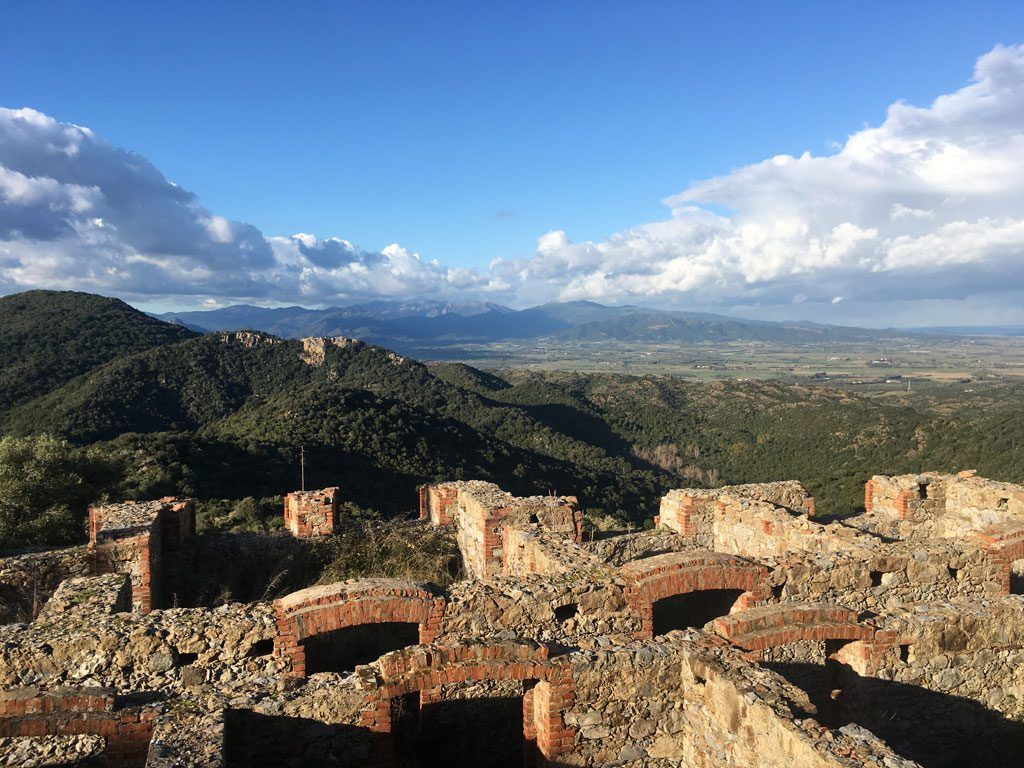 Leaving the mine we visit the remains of the mining village around, the buildings, the washhouses, and back in the village we go to Casa Fenu, a beautiful renovated house inside which working materials of mines are kept, an exhibition of minerals and fossils and much else.

The evening ends with rock (music…) I’m invited by bassist Massimo to the rehearsals of his local group Reinas (from the olive tree name). Beautiful original music, with superbly sung Italian lyrics. Then we go to the local Chili Peppers club for a concert of a Dire Straits cover band  … the sultans of the swing! 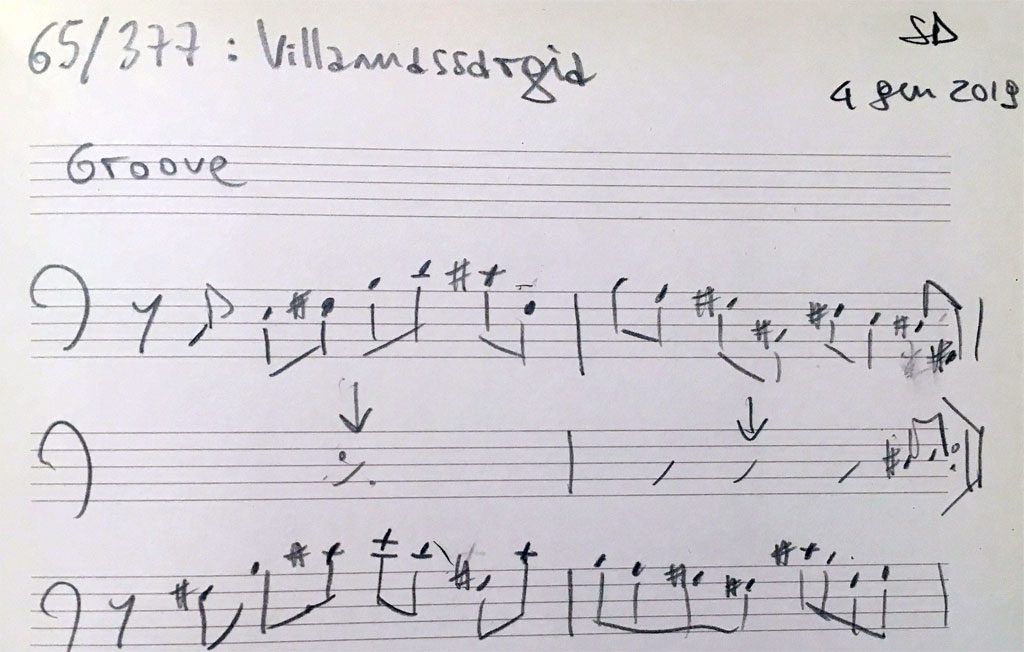 The blacklist of 377. Yes, there is also this! ThIS is the list of less beautiful things that I see and that happen here and there. But I keep this for myself. Degraded places (but sometimes with a certain charm), uncomfortable situations, malfunctions, careless people, vandalism. Like the one I came to know today at the Orbai mines. Antonio, Carlo and Luciano from Speleo Club wanted to come here to ascertain the missing things and the damage produced by someone who forced the entrance of the mine. Once inside, as we go on through the tunnels, my three companions were sadly aware that many of the objects that were here, old peaks, lamps, antique boxes of explosives, and more, were all stolen. And to do this, a lock was broken with stones and the gate was forced with a metal lever, still there on the ground and folded. Fortunately, many of the objects are well preserved at Casa Fenu. The idea of ​​opening the mine to visitors is still far away, but it is hoped that this will happen sooner or later, and then we must also hope that there will be enough funds to pay for a surveillance system (human or not) able to prevent these acts of vandalism from taking place. If you find mining items for sale at flea markets, they could come from Orbai!