I arrive in Turri in the late morning, through a country road, escorted by Diego, who guided me to his native Setzu which I had time to visit in the morning. In Turri, Tiziana and Luigi who will host me for the day welcome me. It is already time for lunch and Tiziana has prepared a nice fish-based lunch, seasoned with saffron, typical of this village and produced here.

In the afternoon I work at the blog and as soon as the heat falls, still unbelievably African heat, we go out for a tour of the village. I ask Tiziana, councilor for culture, for the meaning of the name Turri. Certainly it derives from the presence of a tower, perhaps Nuragic, of which there is no trace within the village, although there are remains of several nuraghi in the area. 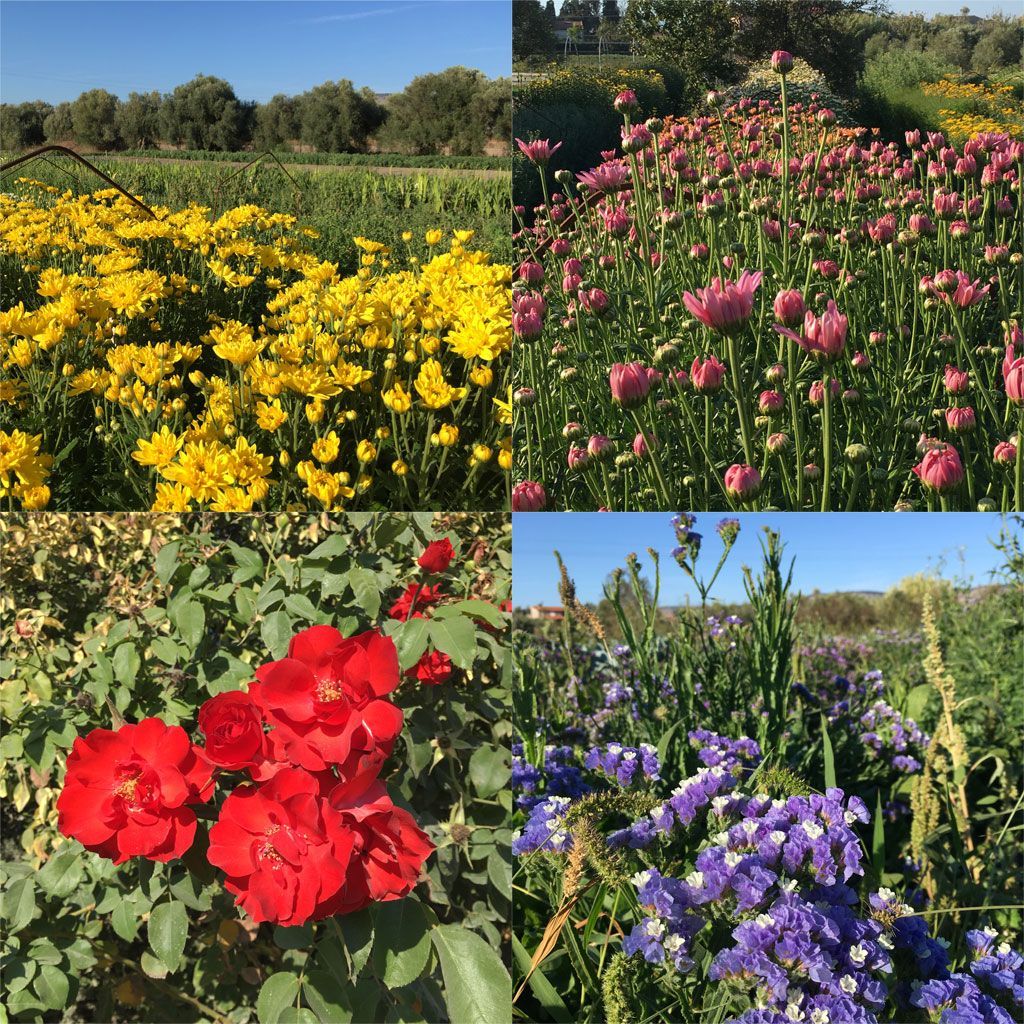 We walk in the streets of Turri, admiring the many stone houses of yellow sandstone and dark basalt, lithologies of the Giara, and even ladiri (mud) bricks. We also look into some typical Campidanese courtyards, some with beautiful gardens. We walk to the so-called “tulip hill”, now bare but in spring covered with this non-Sardinian flower. On the other hand, below the hill there are crops of other flowers, and greenhouses, as well as gardens rich in cabbages and other seasonal vegetables, including chillies. Saffron, symbol of the country, has not yet blossomed. This year, with the lack of rain for more than four months, all the products are out of phase and, like olives, in very low quantities. 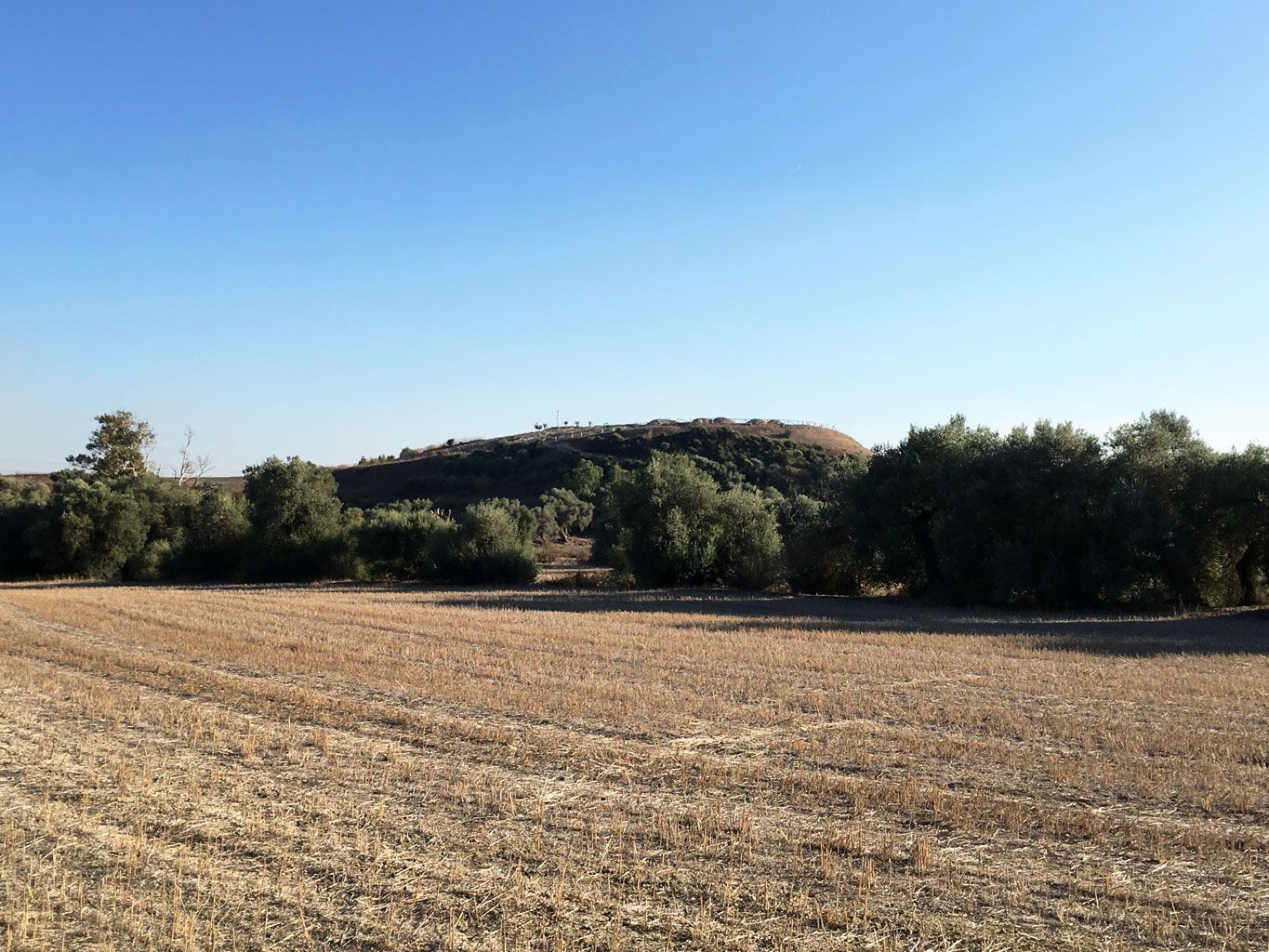 We pass by the old cemetery, where once there was the little church of Sant’Elia, now disappeared, and we walk to a beautiful land where an event takes place annually, the manual harvest. All around there are many centuries-old and millennial olive trees, as I have already seen in many of the villages nearby. Also here in Turri there is a house museum, now closed because it is set up only during events. We arrive at S’arrieddu, a narrow alley where a stream once passed, and at the end of it we come out into a beautiful square with an old well. 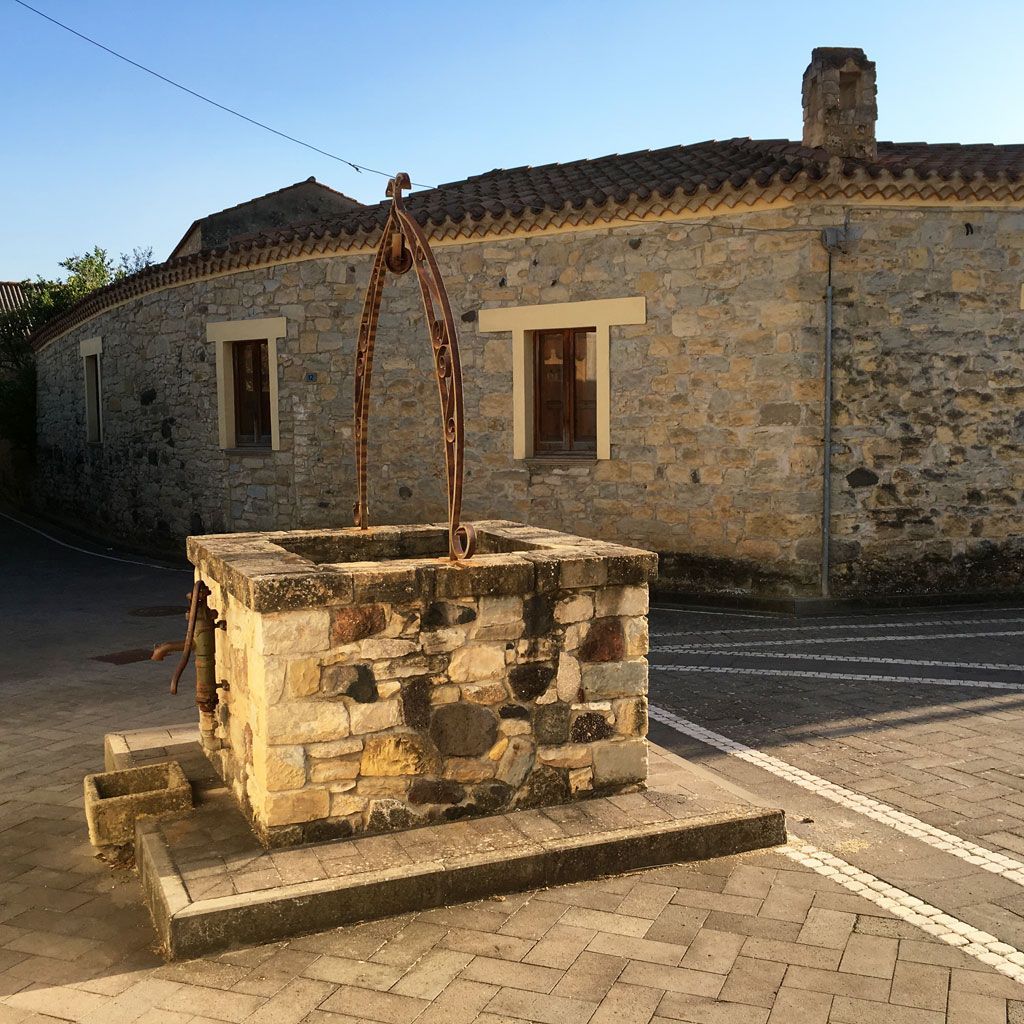 Back to the main road we admire a new mural, finished a few days ago by three German artists who stayed here ten days. The mural depicts the symbol of the village, the saffron flower, although some local ladies stop to look at it and are not very happy (an elderly gentleman stopped me this morning and asked me “Did you see the new tattoo of the town?” Nearby there is the Piazza Prisoni, so named because it is thought that an old Spanish prison existed here. 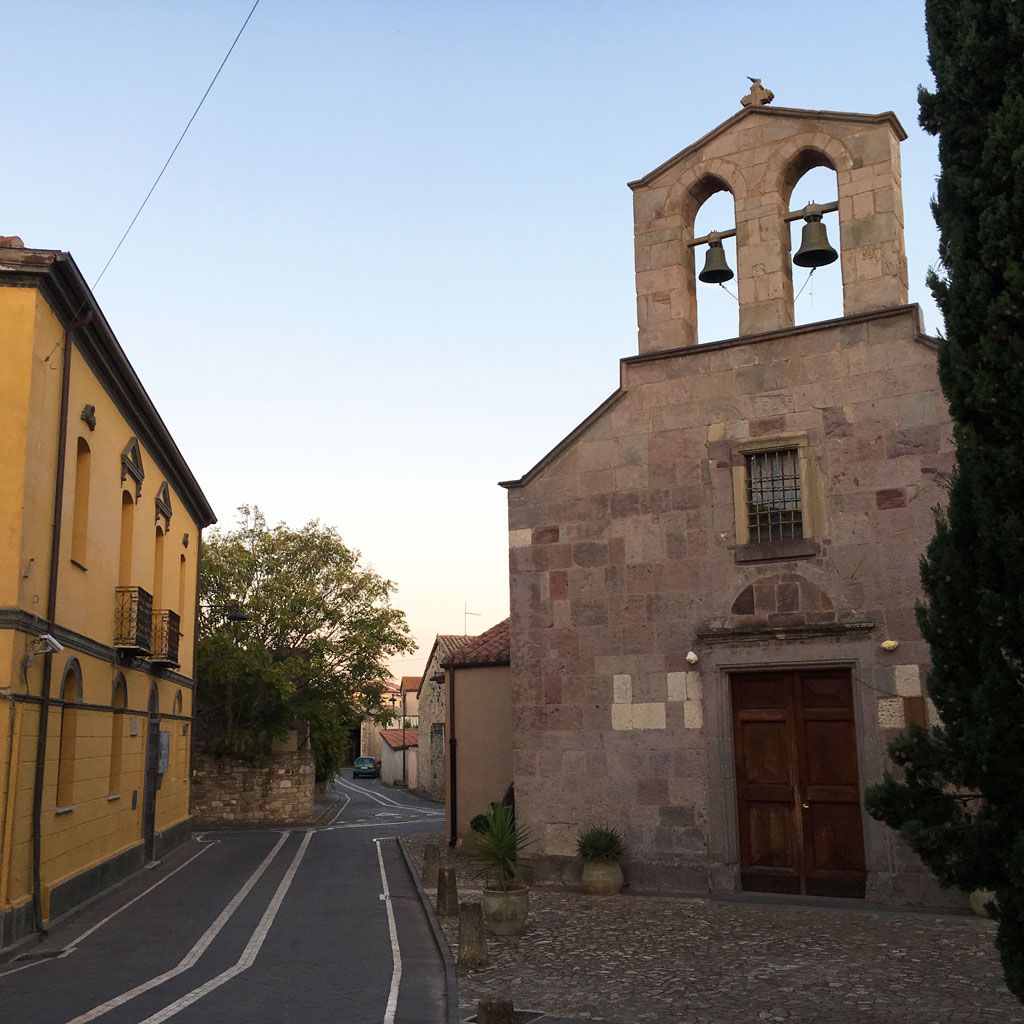 We end the tour by arriving at the old Monte Granatico, and at the beautiful building that now houses the Banco di Sardegna, right in front of the beautiful little church of San Sebastiano, from the early seventeenth century, where mass is ending, also transmitted by a loudspeaker to the outside, and I can see the beautiful interior. On the way back home we stop at the house of Tiziana’s neighbors to admire the old iron master’s workshop, which has remained so since it ceased to be in operation and with all the original rusty tools, including the oven with the mastic shower head, in perfect working order!

The evening ends with a pizza at Tiziana and Luigi’s, where friends have joined us, and with beer and wine, we discuss the problems of Sardinia, the price of milk, energy, the ownership of land, and “medieval” mentalities.

This past March 2019, the second edition of Tulips in Sardinia took place in Turri, a day dedicated to typically Dutch flowers organized by Hobby Flor, by Michelangelo Galitzia, a floriculture enthusiast and visionary to the point of recreating a piece of Holland in Sardinia. The hill that I visited today, unfortunately bare, is tinged with color when in spring about 150 thousand tulip bulbs bloom, planted in order to create designs and particular shapes worthy of the best European landscape design.

The price of the admission ticket this year was € 5, which allowed visitors access to the hill to admire the park in bloom and two tulips for free. Those who wanted could take all the flowers they wanted, paying the price of € 1.5 per tulip at the exit. For picnickers it was possible to have a picnic lunch in the area under the shade of old trees and take some pictures.

Seeing the workers already at work in the fall, I assume that they are already preparing for next spring. Rumors say that the walkways will be covered with tunnels of roses … we just have to wait for next year and go to Turri to check!