Once left Albagiara, after about a kilometer I arrive at the junction for Escovedu, a hamlet of Usellus. I continue straight hoping to come back here later during the day, and I tackle the slight climb that leads me to Usellus.

Here Lucio, the Deputy Mayor, is waiting for me. He will accompany me to visit the heritage of this village with an agricultural vocation, once an important center of trade with the Phoenicians and Punic of Tharros, then a Roman colony, Iulia Augusta, subsequently a bishopric for a millennium and administrative center in the Giudicato of Arborea.

The first stop is at the church of Santa Reparata, now dedicated to San Michele whose statue towers over the altar. On this hill, all around the church, are the archaeological remains of the old Roman colony Iulia Augusta Uselis and the subsequent village, which was abandoned by the population who moved further down to where the current village stands. The church was the cathedral of the diocese of Usellus-Ales before it became Ales-Terralba.

Not far from here is the environmental education center. Inside we visit three interesting exhibitions. The first is the reconstruction of Roman costumes set up by the Julia Augusta Cultural Association, clothes, accessories, weapons. Then a curious collection of traps, belonging to Raiomondo Orrù, from those for every type of animal and those for (unfortunately) humans, such as anti-personnel mines. And finally the naturalistic exhibition set up by the Forestas group.

We then visit the remains of a Roman bridge, a small but full arch, which can be walked across the river below. From here we then drive towards the eastern side of Monte Arci, of which 300 hectares fall within the Municipality of Usellus. We arrive at the basalt plateau on the border with the territory of Villaurbana. Here too, as in many other municipalities adjacent to Monte Arci, obsidian, the black gold of the ancient times, was quarried.

In this area there is the 12th century Romanesque church of Santa Lucia. Around it once stood an important convent that has now disappeared, and here passed the Roman road that from Cagliari, crossing Sardara, which continued towards Fordongianus and then north towards Torres. The church is closed but Lucio tells me that the font bears the symbol of the Knights of Malta.

Not far from here, after walking for a while in the midst of the wet scrub, we arrive at the nuragic complex of Motrox ‘e Bois, on the edge of the plateau, where the ruins of two nuraghi are located, one in front of the other. distance of a few tens of meters. Here was a village where obsidian processing scraps were found, perhaps a workshop for the production of weapons/tools.

After walking through the green woods of S’Arroxiu, right at the foot of Monte Arci, we return to the village, where a great lunch was organised by the Santa Reparata committee. In fact, the festival takes place in these days. In the square a large pig rotates on the rotisserie for dinner, while in the lunch tables, where we sit down, plates of malloreddus with sauce, roast sheep and vegetables pass, all accompanied by local wine.

In the afternoon we walk through the streets of the town, visit the Parish church of San Bartolomeo, inside which there is a beautiful 17th century crucifix, and then we go to the Municipal Library, in the renovated buildings of the former dairy. Here there is a huge collection of books donated by the heirs of Didaco Cossu, a native doctor of Escovedu. 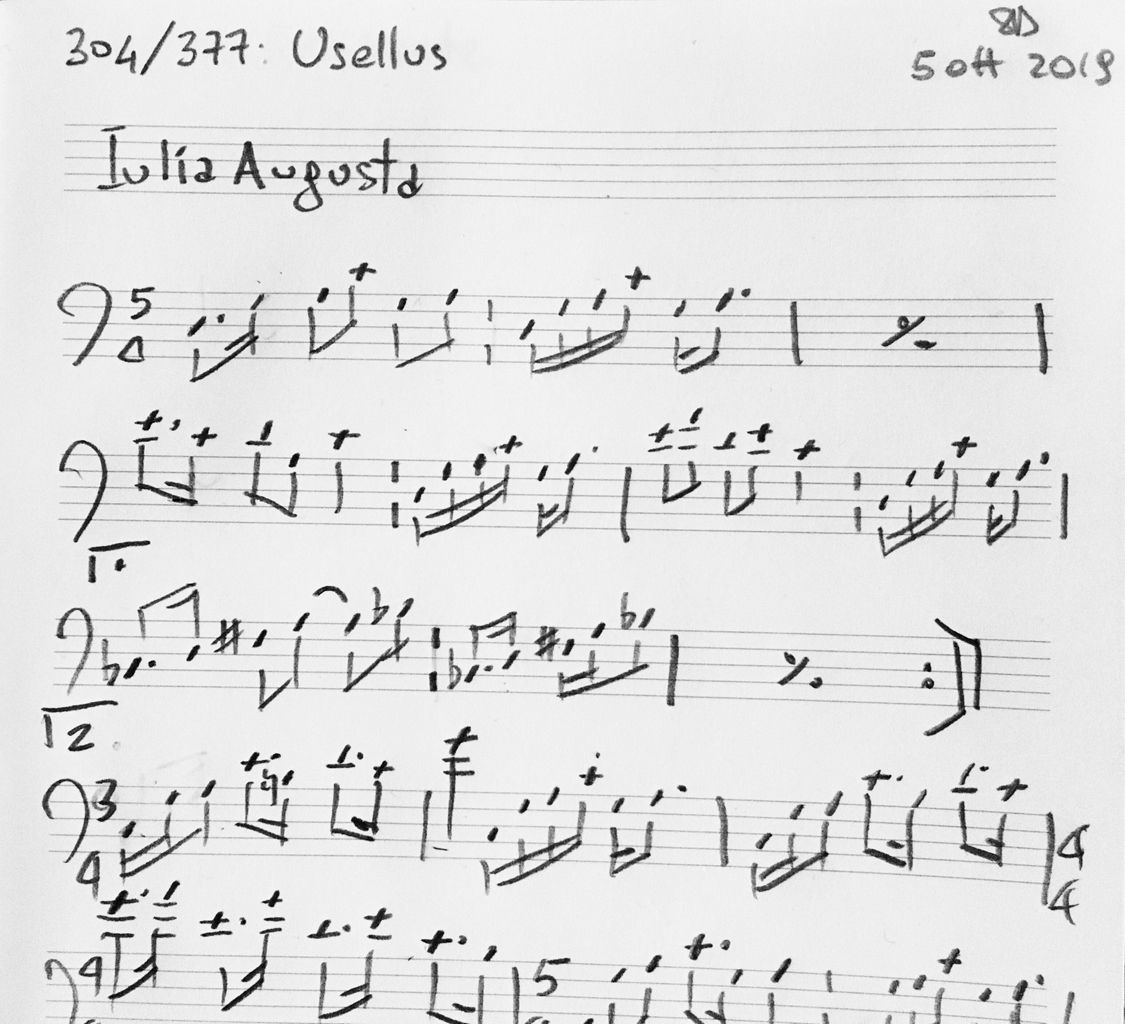 The last stop is in the hamlet of Escovedu. We arrive at the church of Sant’Antonio da Padova, on the main street, where there is also the eighteenth-century manor house of the Prinzis family. We walk through the narrow streets of the beautiful old village, between old houses in marly stone, and fascinating views, and we arrive at the house of the heirs of Didaco Cossu.

A thin thread unites me to this character. Two grandchildren, Manuela and Costanza, daughters of Francesco, are part of that infinite circle of children with whom I grew up, having cousins ​​in common, and therefore a certain family closeness, even if not direct.

Only now do I get to know the figure of their grandfather Didaco, also thanks to an article published on the Unione Sarda newspaper on the occasion of his death, written by a young Sergio Atzeni, entitled “Didaco Cossu, work as a mission”.

“In Pirri in the Barracca Manna district there is a street dedicated to Didaco Cossu, doctor and university professor and writer. Cossu was born in 1894 in Escovedu, today a hamlet of Usellus in the province of Oristano. He studied at the Salesians of Lanusei and Alassio, then medicine for two years in Sassari and finally graduated from the University of Cagliari.

He began his profession as a doctor in Fordongianus and Sant’Antonio Ruinas where for five years he showed his humanity, his attachment to the profession and fielded his surgical experiences learned in the two years of assistant in Cagliari in the clinic directed by Professor Baggio. He obtained a specialisation in radiology at the University of Rome and in that city he met well-known personalities such as the Curies and Gabriele D’Annunzio.

[…] In March 1943, he follows the hospital wards transferred to Villamassargia where he works in a school transformed into a hospital and here he strengthens his friendship and collaboration with Professor Angelo Garau who had saved him in Cagliari by forcing him to abandon his study on via Hospital a moment before a fragment from the bombardment would have killed him.

For his competence, for his spirit of sacrifice and for his way of considering the medical profession as a mission, Professor Cossu received prestigious assignments. […] For Didaco Cossu these positions are intended as a dutiful commitment to others and he refuses any compensation and, when he is forced to accept it, he distributes it to charity while always maintaining anonymity. A “good” doctor with an innate humanity, always at the service of the suffering and the weakest and ready for any sacrifice in order to be of help to others.

Cossu retired in 1963 […] then at the end of the 1970s he suffered a stroke. For many years he is lovingly assisted by his family and receives constant visits from well-known personalities such as Antonio Spanedda, Umberto Fanni, Domenico Corda and Enrico Endrich. He died in Cagliari on November 25, 1982 and rests in the family tomb of the Bonaria cemetery “.