Again today the route is short. The tour of the Marmilla has started, a constellation of villages all close together. When I planned the trip I knew that at this point, one year after departure, I would have thanked for these very short routes.

So from Assolo, for the first time with long sleeves after four or five months of heat, I don’t even remember anymore how long, I leave in the cool to creep into that hilly corridor between the Giara di Gesturi and Monte Arci, and arrive quickly in Albagiara.

This name has always recalled sunny images in my mind (and also a bit of the Italian singer Vasco Rossi who wrote a song named Albachiara) and today the sun, which has long since risen behind the Giara, shines triumphant. The village was once called Ollasta Usellus. The toponym ollastu means wild olive tree, and at the time this area must have been the Usellus olive grove.

Only in 1959 did the municipality of Ollasta separate from Usellus and in 1964 the population chose the name of Albagiara to symbolise the rising of the sun behind the Giara plateau. A similar name change case occurred in the olive grove of Simaxis, that of Ollasta Simaxis which then separated to become the current Ollastra.

While waiting for Mayor Marco to join me at lunchtime, I take a tour of the village. Pomegranate branches laden with fruit sprout from the gardens of many houses. I arrive quickly at the border with the countryside where the church of San Pietro is located. I enter its courtyard, which is actually a small cemetery, with graves also leaning against the walls of the 16th century church, once the parish church.

I continue along a road that runs around the village, observing the fields that rise towards the side of the Giara di Gesturi, and I pedal in that direction admiring the plateau, wondering from which village I will climb it for the first time by bicycle (the first was from Genoni but by car!) The road moves further and further away and I decide to go back, arriving at the municipal park where I have a snack-aperitif, before going to the village bar for lunch.

Here the Mayor Marco joins me, with another Marco, a municipal worker. I leave the bicycle in the Town Hall, we take the car to go up the road that leads to Su Padenti, on the side of the Giara, where there is an equipped area close to a wooded area. Although we are not on the top, the view is majestic, with the Monte Arci massif on one side and Monte Grighine on the other.

Not far from this locality is the nuraghe San Lussorio. Marco tells me that it was only partially excavated, but the structure is multi-lobed and of important dimensions and finds from both the Nuragic and Roman periods have been found.

Back in the village we visit the Casa Museo, a beautiful well-restored Campidanese house which will be used as an ethnographic museum. The courtyard is beautiful, there is still a well, an ancient press under a portico, and a stone mill in another room.

Inside the courtyard the Farmer’s Market used to take place, which had then become the “Gulosìas de sartu de Marmidda” project that promoted and enhanced the typical products of the Marmilla area. Mayor Marco hope to obtain the funds to repeat the evnt one day. Nearby is also the Casa Murru which preserves an important historical archive of documentation on rural culture.

Returning to the central street, which also overlooks the Parish church of San Sebastiano, built in the early seventeenth century, we head to the nearby social gathering center where a group of children awaits me for a meeting-concert. So we conclude this sunny day in the space that is also used as a Council Chamber, sending a beautiful message to the new generations of Albagiara. 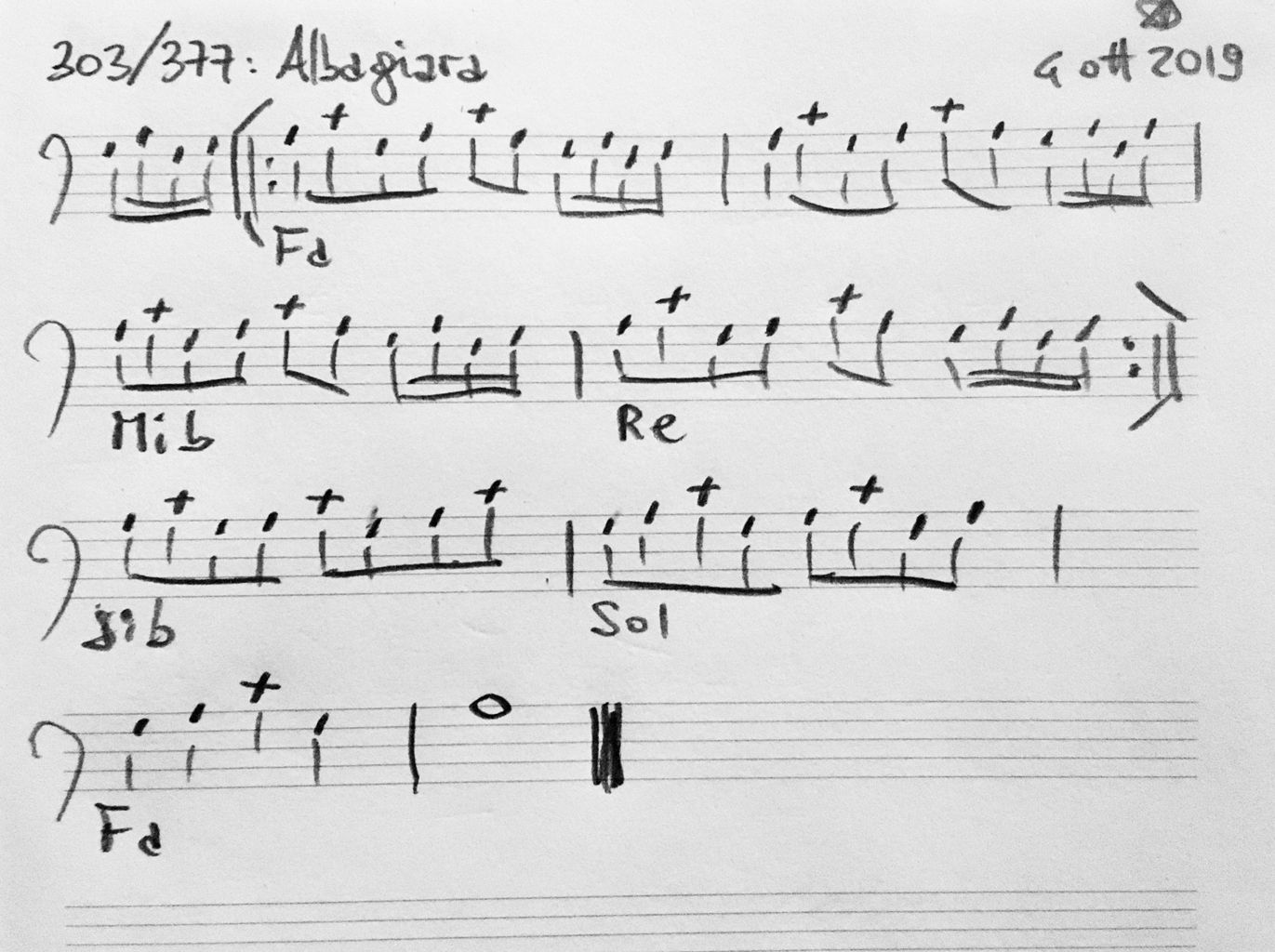 Marmilla 1. It’s easy to say Marmilla. The reality is that this area which takes its name from its rounded hills in the shape of breasts (mammelle), while maintaining similar qualities, is a large territory that extends north to the foot of Monte Grighine in the province of Oristano and south to Furtei, now Campidano in the Province of Cagliari. In fact, the area is divided into Alta (high) and Bassa (low) Marmilla.

During this trip I also learned about the Unions of Municipalities, which include municipalities that do not always belong to the same historical region. Ruinas, visited a few weeks ago, is also part of the Alta Marmilla Union, the northernmost offshoot, an area called Barbaxiana because it is close to Barbagia.

Inside the Alta Marmilla are the historic regions that were called “Parte Usellus”, “Parte Montes” (still used) and “Parte Valenza”. I have already visited Mogorella, Villa Sant’Antonio and Asuni in the northern part, and then Genoni, Nureci, Senis and Assolo on the north-western side of the Giara, a natural element that dominates the hills-breasts, around which the more than forty municipalities which are part of it are scattered and will keep me busy for the next month and a half!