Today is a beautiful day and I easily cycle the short distance between Nuragus and Genoni, except for the final climb, to enter this village at the foot of the Santu Antine hill.

The first stop is at Casa Serra where the Cavallino della Giara Museum is located. Here I am guided by Roberta who illustrates to me the various rooms dedicated to this horse, unique to this territory and its history, and some rooms set up as an ethnographic museum where objects from other times relating to various crafts are kept, tools for collecting the wheat, old wagons, and of course all the tools related to horses: saddles, irons and much more.

The second visit makes me sweat a little. In fact, I have to go up a steep side of the hill of Santu Antine to get to the Parc Museum, the paleo-archaeological center where there is a beautiful exhibition of fossils and archaeological finds, with explanatory panels that take me back to my geology studies .

Roberta illustrates everything to me and lets me calmly look at the beautiful fossils, especially from the Miocene, coming from the nearby Duidurru quarry. In addition to bivalves, gastropods and the classic stellate echinoderms, also shark teeth, impressive in size is that of the megalodon, an extinct species of shark.

Another nice surprise is the reconstruction of the nuragic well of Santu Antine located on the hill, made with 3D 360-degree images taken from a camera lowered to the almost 40 meters depth of the well, including various meters under the ever present water.

For lunch I leave the bike at the Parc and go up the hill to relax in the sun and eat the sandwiches I got from a shop. Going up the known path of the stone blocks used for the walls that could be the remains of nuragic constructions.

I arrive at the site of the well which, for obvious safety reasons, is closed by a grate. It is incredible to think that this well drops 40 meters into the hillside with a diameter of only 75 centimeters. They probably built it by digging sideways, laying the stones in place and then covering the edge. Its interior was full of sediments and by digging, archaeologists unearthed an impressive array of finds.

I sit on a rock under one of the very few trees that grow on the side of the hill and enjoy the sandwiches while observing the incredible view of the Sarcidano and the Giara di Gesturi. Then I go up to the top of the hill, where there is a lookout. And once again I contemplate the territories traveled and those to be traveled. To the north east Laconi waiting for me tomorrow.

Back in the village, I meet Roberta again who takes me to the old Franciscan convent next to the church of the Madonna del Sacro Cuore. The structure is beautiful, a wing is still there with a beautiful portico, from which you can admire the Santu Antine hill and the village. We walk through the garden where the well is located, and then into the space of the cloister, on the sides of which are the ruins of the church of San Sebastiano.

For the last visit of the day we take the car. We go up to the Giara di Gesturi. In fact, I discover that the Municipality of Genoni also owns a part of the summit. We arrive as far as Zeppara Manna, one of the two craters from which the magma escaped, giving rise to the basaltic valley which, once eroded all the surrounding area, found itself to be the current plateau, raised above the rest.

It is the wrong season to admire the famous paulis, the lakes formed by the stagnation of rainwater. But also as large brown expanses in the middle of the green vegetation they are fascinating. Now I miss the little horses of the Giara, but after a bit of a silent walk we spot some horses returning to the woods.

As daylight fades, I admire this quiet place that will keep me company for the next few weeks. I will cycle all around the Giara and will certainly climb it other times. 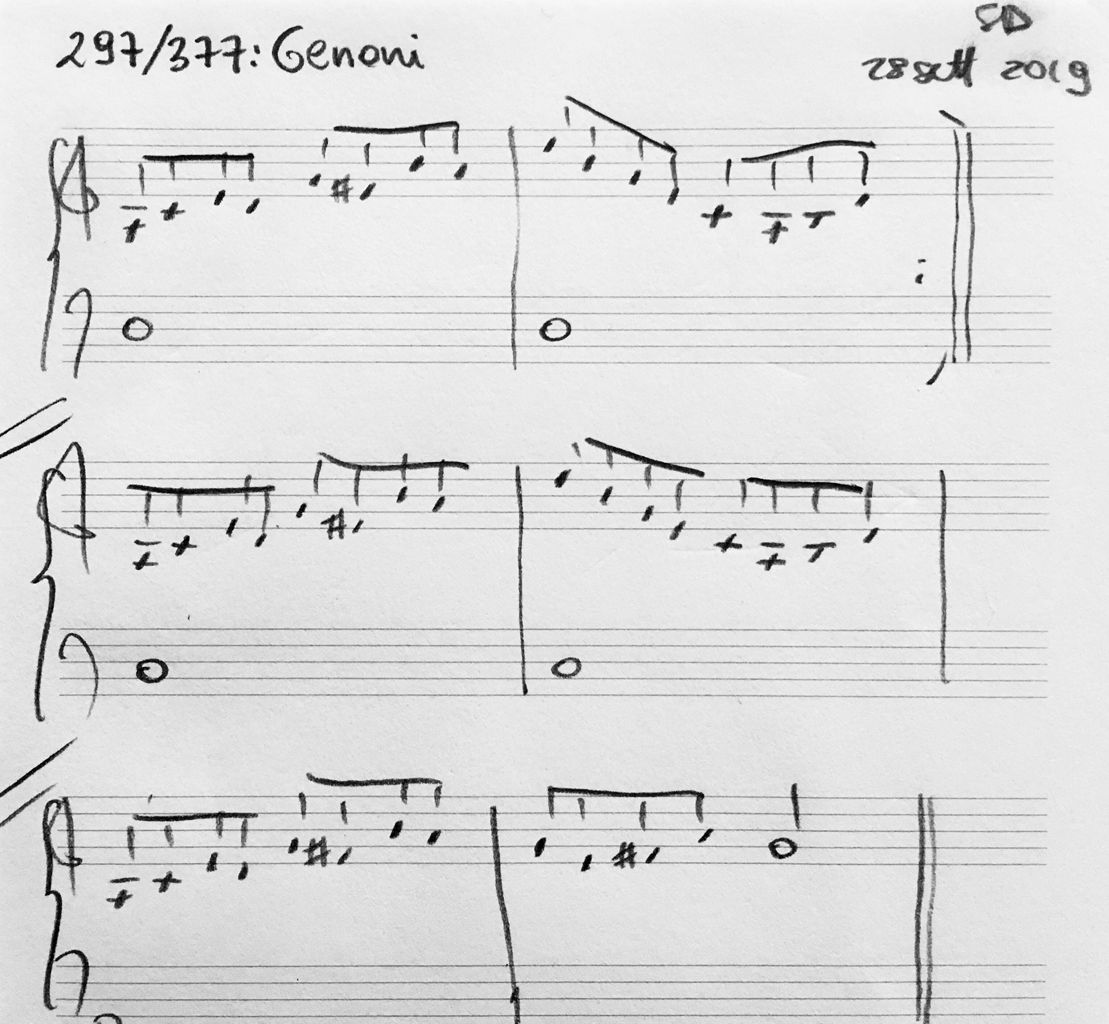 1) In 2012 the rodeo on the Giara horses stops for good, an unusual and fun event that took place in this area for about twenty years. It seems that the horses of the Giara were particularly difficult to manage and therefore the show was to see the Sardinian “cowboys” fly away after a few seconds. It seems that the unbeaten record was 28 seconds in the saddle.

2) At the feast of Sant’Isidoro, the local priest Don Delio decides to conduct mass before the procession, reversing the usual order of the two activities. The Genonese, already tired of the priest’s authoritarian temperament, locked him up in the sacristy for a whole day to “teach him a lesson”. The carabinieri intervened to free the priest, who remained in Genoni for a short while before being transferred to another diocese. Every time a Genonese is asked for an anecdote about their village, this is always the one!

3) I see some beautiful illustrations at the horse museum. They are by Pia Valentinis, a native of Udine, but living in Cagliari. In her career, Pia has illustrated children’s books with national and international publishing houses. She has won the XXI edition of the Andersen Prize in Genoa, the greatest Italian award dedicated to children’s books, in the Best illustrator category. In 2014 her first graphic-novel, Ferriera, published by Coconino Press-Fandango, was awarded as Best Comic Book at the Andersen Prize 2015. At the end of my tour of the museum, I am given a print of one of her illustrations!