Finally an easy and smooth journey. I leave the countryside of Nurallao on a beautiful day and, aiming for the Giara di Gesturi, from now my new geographic companion for a few weeks. I quickly arrive in Nuragus where Simona is waiting for me. We met this summer at the Time in Jazz Festival. She lives in Oristano but today she is here to host me in her family home and take me around the village and its territory.

After leaving bikes and luggage in Simona’s historic house, which is also open to visitors during the days of events due to its beauty given by an excellent restoration that has preserved its original characteristics, we get in the car to go and visit of sites outside the village.

We arrive at the country church of Sant’Elia, built in the 11th century but then restored several times, with three portals in the facade and a beautiful bell gable. In the square there is an old pump well still working and Simona and I take the opportunity to put it into operation and freshen our heads.

From here we move towards a jewel of archeology, the sacred well of Coni, which takes its name from an old medieval village. Although there are no other structures around the cavity, the opening of the well and the stairway that descends into the chamber are in excellent condition, a very refined construction with very smooth basalt blocks.

Not far from here are the remains of the Roman city of Valentia, or Valenza, an important checkpoint on the road that connected Cagliari with Olbia. Here we are between Sarcidano and Marmilla, a border area between the plain and the mountains inhabited by the Civitas Barbariae. The inhabitants of Valentia were mentioned by Pliny the Elder, in his work Naturalis Historia, and by Ptolemy, in his Itinerary. After the city was destroyed by the Vandals, a village was born, curiously called Ruinas, but which was later abandoned due to the plague and the inhabitants spread to the other towns of Marmilla.

From here we move on to the Nuraghe Milanu, a massive four-lobed building on a hill. We walk in the countryside to get under it, and among our feet we happen to find some ceramic finds. I am always amazed at how easy it is, rummaging in the land of certain archaeological sites, to still find shards of pottery, almost always Roman, but some would swear that some finds I have seen are Nuragic.

We stay here for a while to contemplate the view, the town of Nuragus, the Giara di Gesturi, and Genoni where I will be tomorrow, with its hill of Santu Antine. Back in the village we retire home for lunch. Simona makes me find a welcome cake that will be my partner for the next breakfasts!

In the afternoon I meet Marco, an engineer in the Municipality, a contact given to me by a friend. Marco, together with his son Francesco, takes me on a tour of the historic center. We start from the Town Hall square, where once there was the church of Santo Stefano and the cemetery, but which was demolished in the 1950s. Before that, where the elementary school is now, there was a nuraghe. Too bad that a town with this name no longer has traces of its “urban” nuraghe!

We walk to the Parish church of Santa Maria Maddalena, inside which there is a beautiful statue of Sant’Elia, and continue through the alleys, where there are many ancient houses with courtyards. Here in Nuragus, too, the rate of centenarians per inhabitants is very high. Two sisters lived in one of these houses who reached the age of 107 and 109 respectively!

We arrive at Sa Cruxi, an open space where there is a stone column with a cross. A lady emerges from the door of the house next door and Marco makes her tell the story of the cross, which was found in a beam of her house and then returned to the community. Then we return to Via Roma along the now abandoned building of the mill, which belonged to the noble Carboni Boy family, and where it was taken to grind wheat from all the surrounding villages.

Before returning to Simona’s house, Marco takes me to the slopes of the Giara di Gesturi. Nuragus is not part of the municipalities that share the top of the plateau, and yet it has a part of the slope on which we go back by car. The vegetation begins to become luxuriant, and while the sun is setting on the other side, I admire the village below that begins to be covered by the shadow of this imposing basaltic plateau. 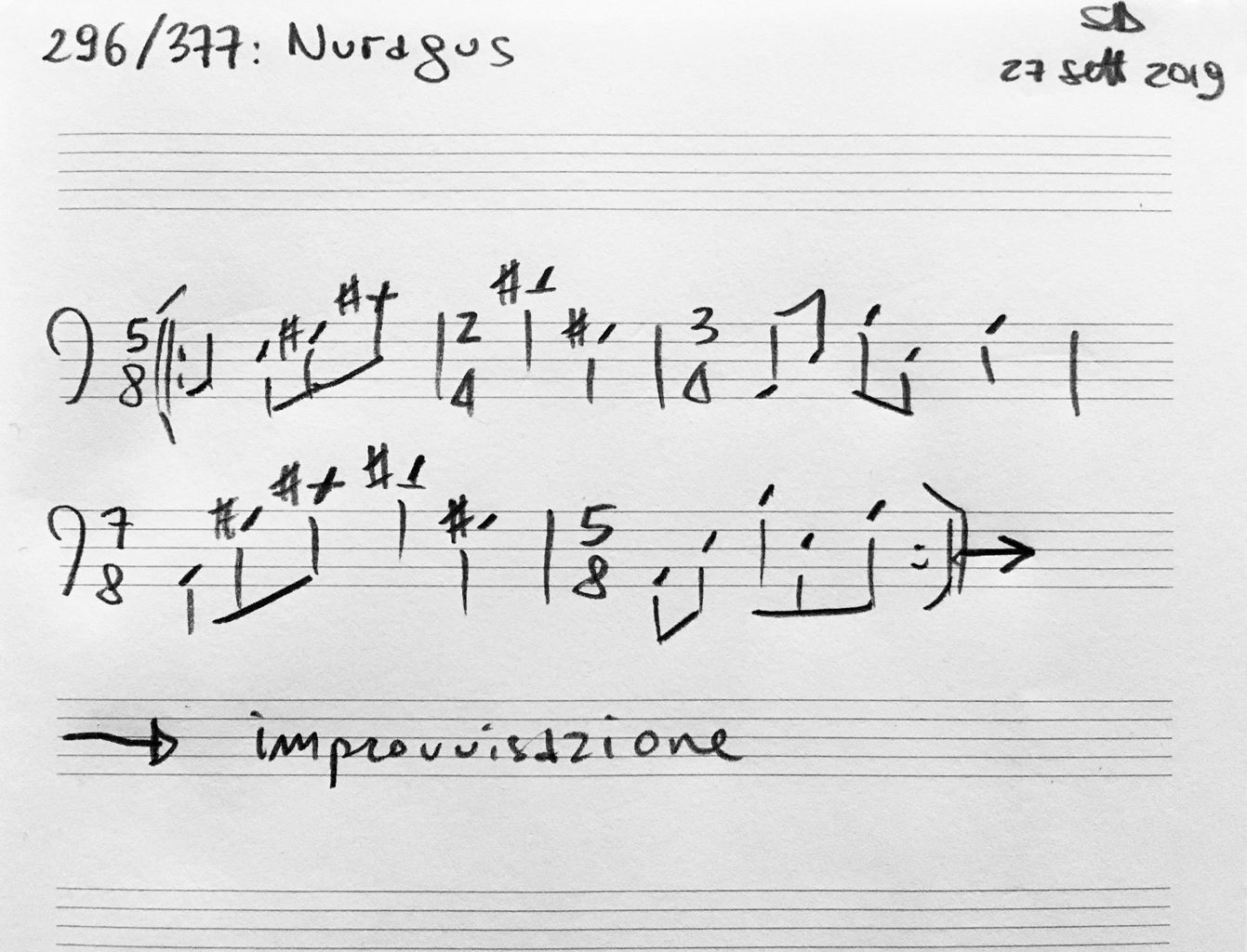 As we walk along via Roma, Marco points out the beautiful Villa Carboni Boy, a manor house that belonged to the dynasty of these important landowners. The house is usually only open on event days, such as during Nuragus in Nuragus, the food and wine festival dedicated to wine that originated in the town’s vines. But today we are lucky, there is a lady and Marco asks if he can quickly show us the courtyard.

In fact, it is from here that you can see some beautiful details of the internal wall, with doors and windows decorated with Aragonese stone. Some cats move slowly among the plants in the garden. We take the opportunity to also take a look at the beautiful loggia and the private chapel on the ground floor.

The last important descendant of this family was Rita Carboni Boy, who died at 91 years of age in 2017. Rita was the first woman to run for Mayor of Cagliari in 1998, and she devoted herself all her life to politics, distinguishing herself in the 1960s for her fight for civil rights.

But among Rita’s other passions there was also that for cattle breeding, a job that she carried out throughout her life in her hometown Nuragus, where she specialised in breeding the prized Charolaise breed. It was thanks to her that the cattle of this breed arrived in Sardinia, which today represent the fortune of many breeders, especially in northern Sardinia.