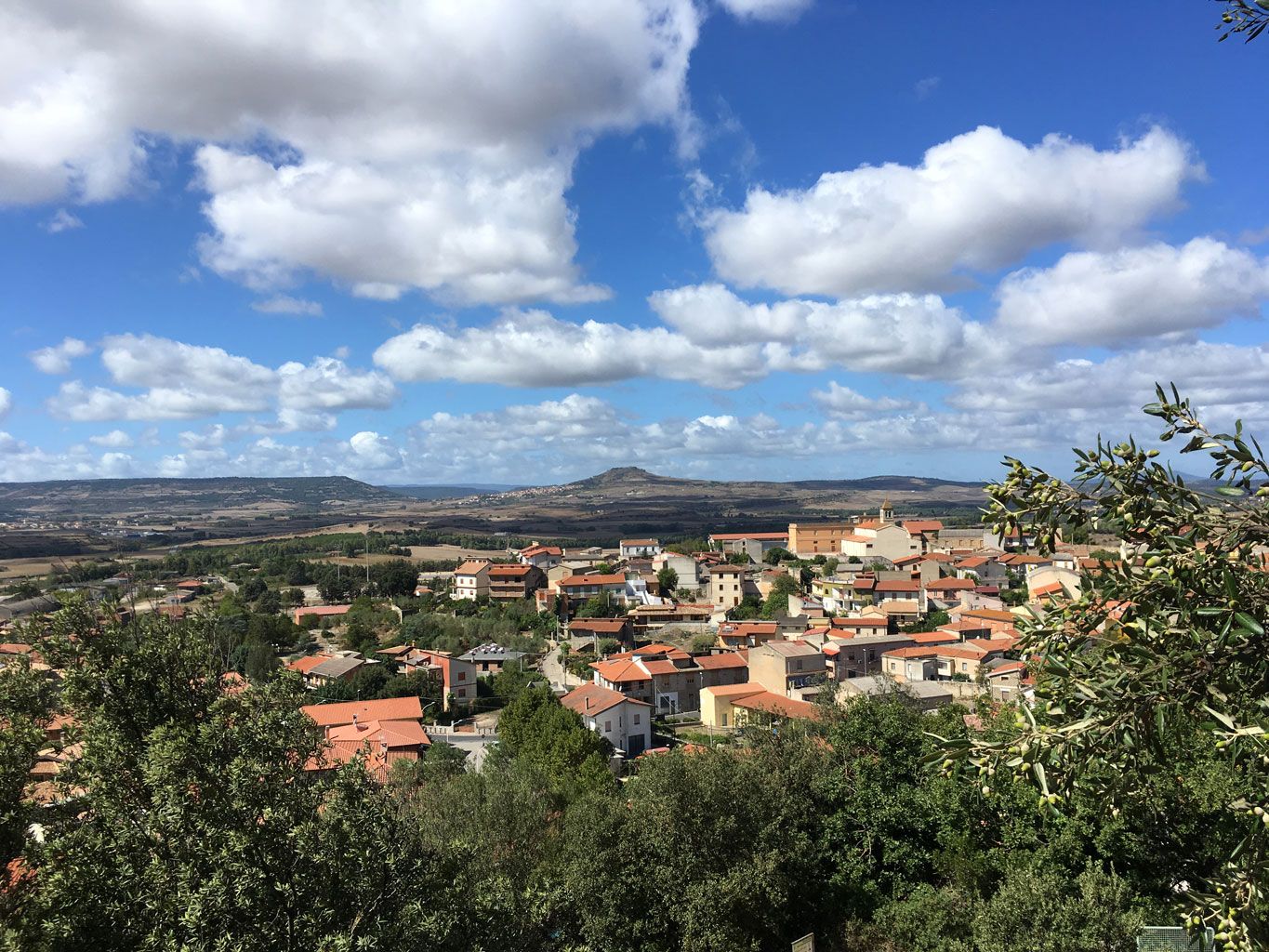 I climb along the road that runs along the Nuraghe Adoni of Villanova Tulo and into the green woods that go towards Santa Sofia of Laconi. There is a nice cool breeze that slows me a little uphill but not long after the village of Bau Mela, I take a road that goes further into the woods and I dive down towards Nurallao through dense oaks, then skirt a section of the green train line, whose station is at the top of a wooded hill, and I enter the village from the back.

I cross the village and go straight to the b&b Is Camminantis where I will stay tonight. I unload my luggage and immediately go to visit some sites that Barbara, the owner of the b&b, recommends me. I go back to the village, buy sandwiches in the shop and ask the lady where she can find the “oven”. “I’ll show you, it was my grandfather’s … unfortunately they made the tiles all wrong!” She shows me the way and I go. It’s on a hill. Very tough climb.

I get to Funtana ‘e Susu, and I find the old “oven” building, the furnace where tiles were produced, well restored and with a tall stone chimney. Nurallao was even called “sa idda de is marigas and de is frascus” (the town of terracotta jugs and flasks) due to the remarkable production of terracotta. From up here you can also enjoy a beautiful view, the village, and then the neighbouring villages that I will visit in the coming days, Nuragus with the Giara of Gesturi behind it and Genoni on the side of a high hill. I sit in the little park next to the building and eat the first cheese sandwich. 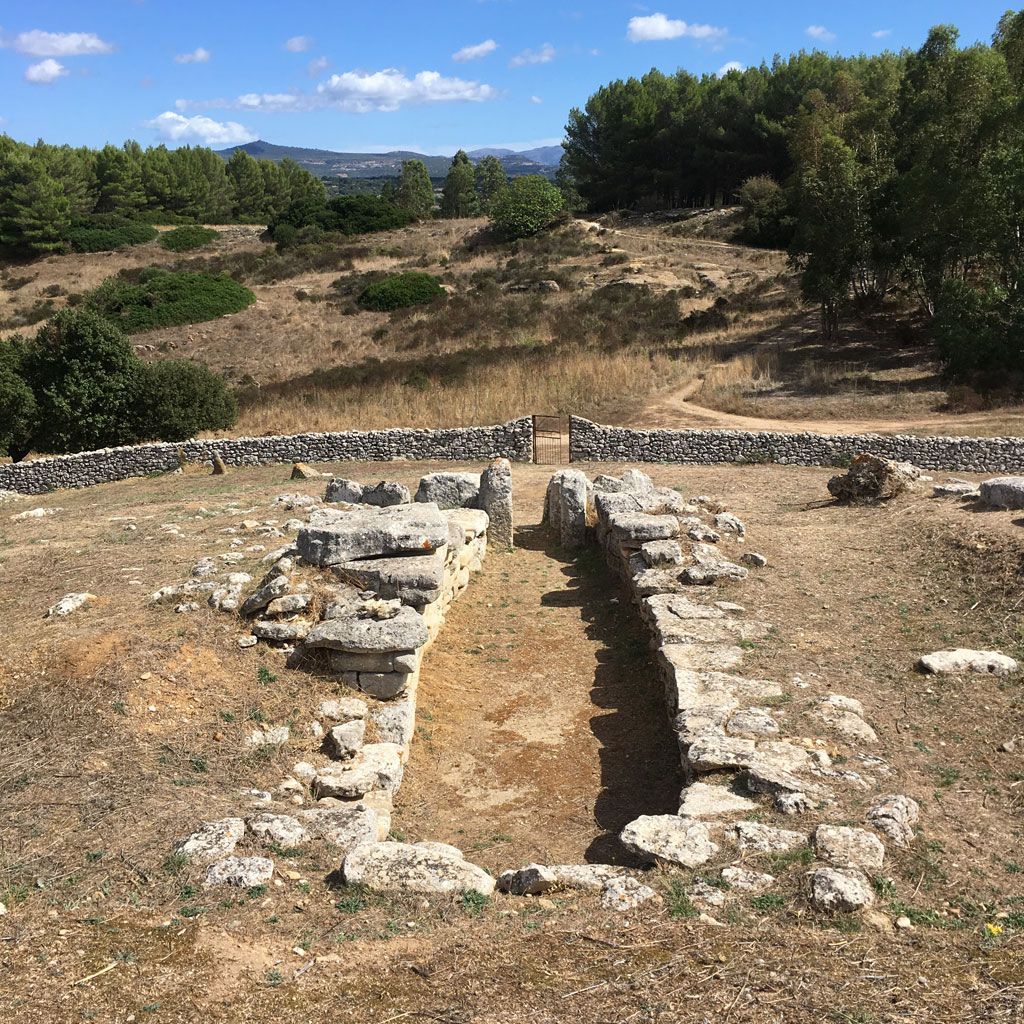 The second stop is in the countryside towards Nuragus. After a little cycle between vineyards and limestone hills, I arrive at the tomb of the giants of Aiodda, with a beautiful frontal exedra and a long, well-preserved corridor, even if not covered. Not far from the entrance there is a menhir, and I read that several have been found here, with different decorations. 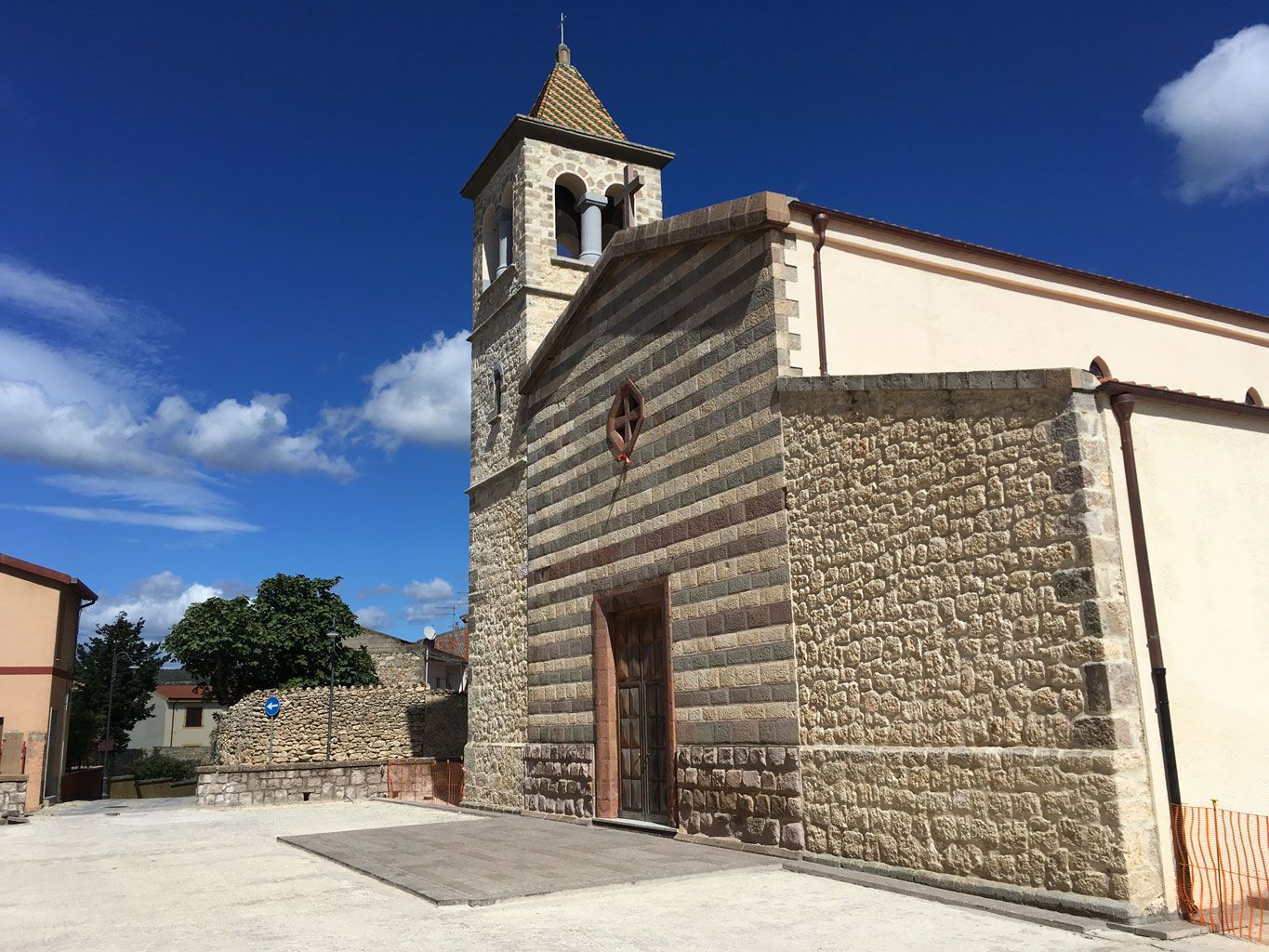 I return to the village and take a bike ride, climbing to the upper part of the village, arriving at the church of San Pietro. Here the first nucleus of the town developed, but nothing ancient remains. Originally there was a village, on the road to Isili, whose remains are found today in the Sa Bidda Becia area, which probably disappeared due to a plague and the surviving inhabitants moved here. After touring the other part of the village in search of some glimpses to photograph, I go back to the b&b where I eat the other sandwich, with mortadella, and I take this opportunity to rest and work. 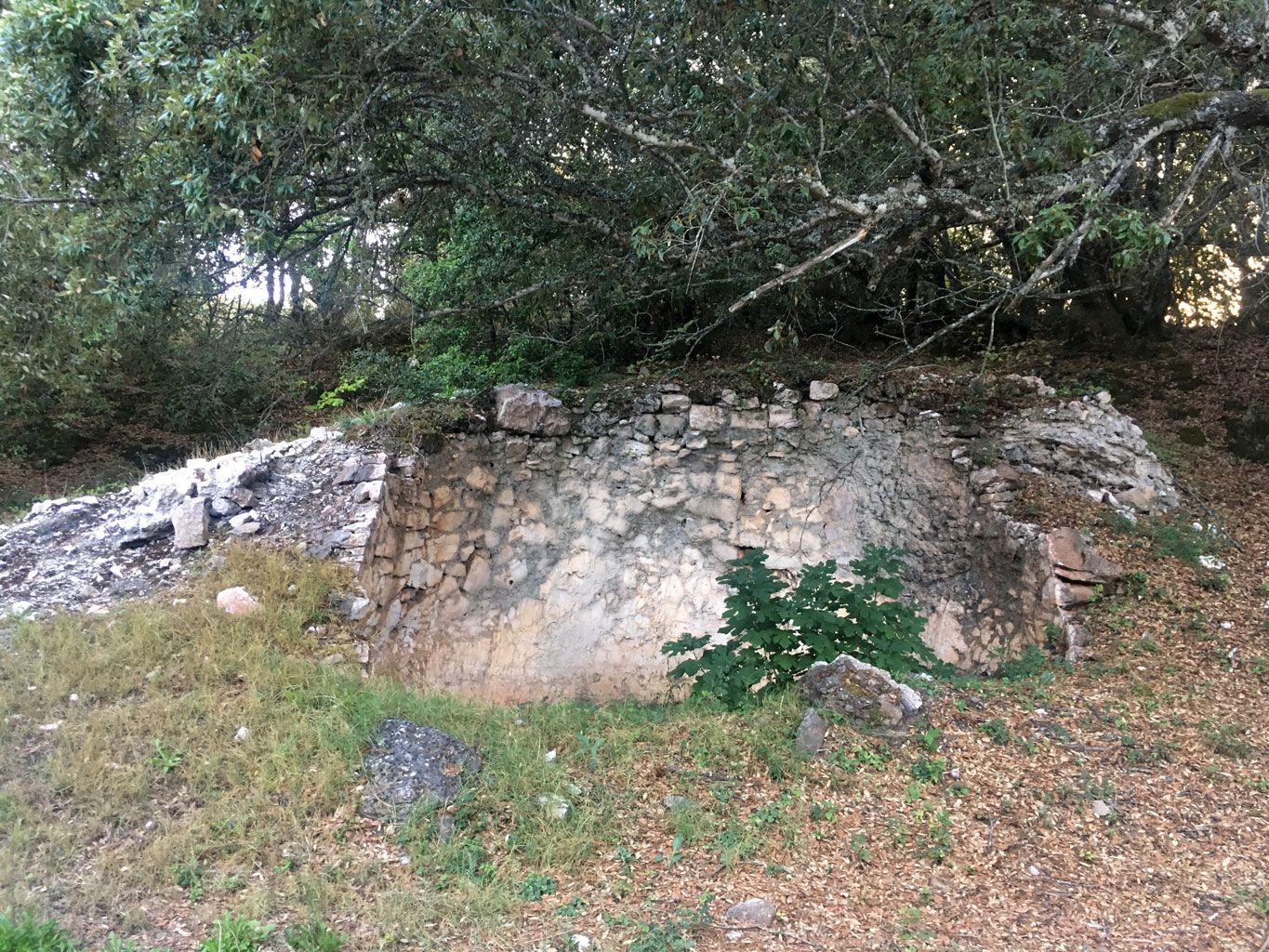 In the evening Angelo from the b&b takes me for a drive through the wooded area that I crossed this morning, called Funtana Is Arinus. Here we pass two rivers that unite precisely at the Su Craddaxioleddu waterfalls, which we don’t got to see, as they are probably dry in this period. We also cross several remains of furnaces where lime was produced from the limestones of the area. Returning to the village we pass by the old kaolin quarries, which was used until not long ago for the realization of very valuable ceramics. I read a sign, “Itineraridocca”, which I saw here and there throughout the day in various places I went through, and when I go back to the b&b I find out about its meaning. 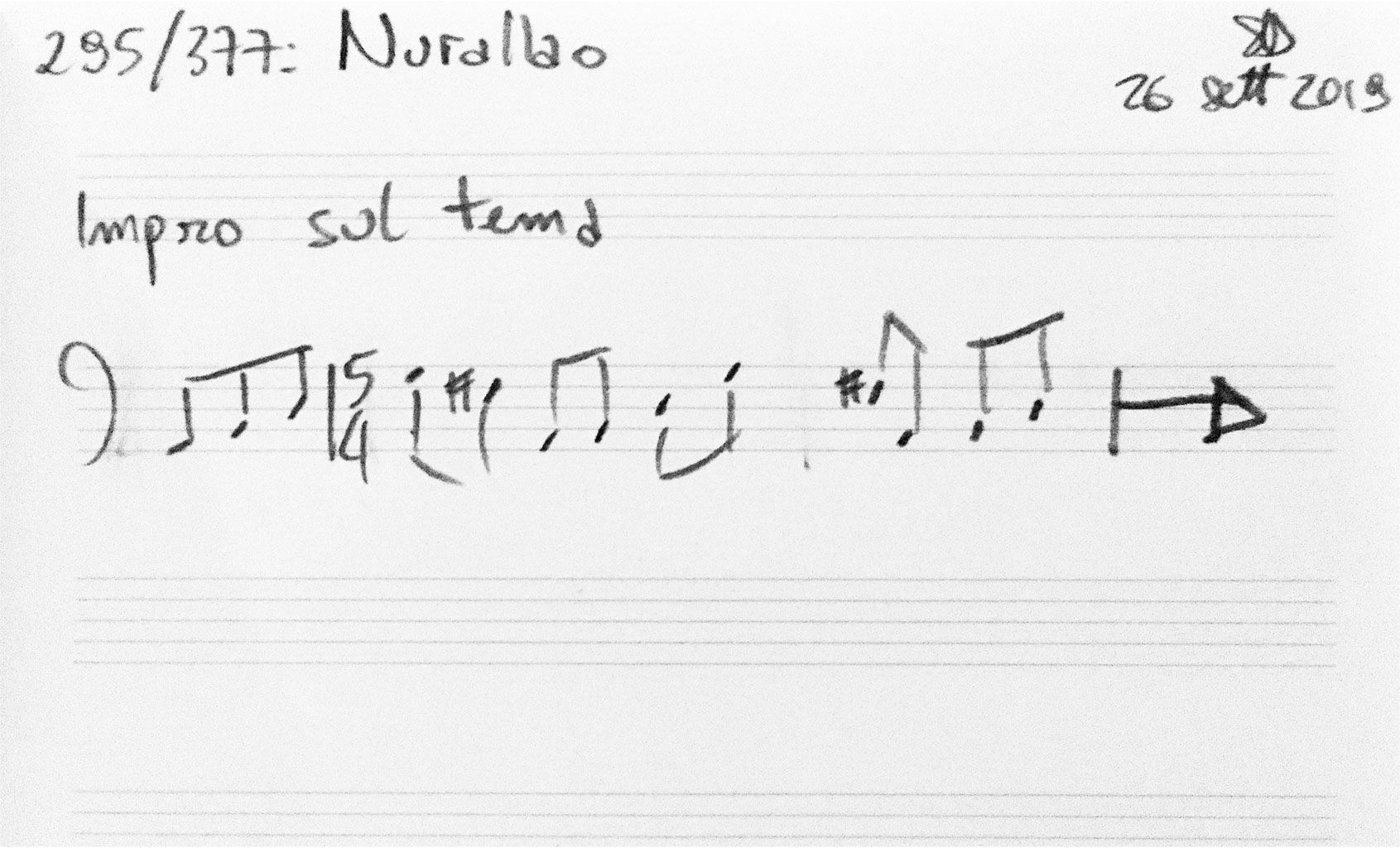 Yesterday, in Villanova Tulo, I entered a new area of ​​Sardinia, the Sarcidano, which according to Wikipedia also includes Nurallao and the municipalities of Escolca, Genoni, Gergei, Isili, Laconi, Nuragus, Nurri, Orroli and Serri. I am always intrigued by the maps of the Sardinian “regions” or better “sub-regions”, mostly because I found several of them and not always consistent with each other. As for the Sardinian language variants, even with regard to the areas there seems to be no definitive answer yet (it comes to mind when we talk about Logudoro, Monte Acuto and Gallura).

However I did not want to talk about this (maybe I will resume the talk in another novel … if I have not already treated it!) But of a site that I discovered, Itineraridocca.it, managed by the Tourist Consortium Sa Perda ‘e Iddoccca, on which six tourist itineraries are reported, described and enhanced, dedicated to cycling, on foot or on horseback: the so-called slow tourism. The six routes cross a Consortium of Municipalities (Allai, Asuni, Genoni, Gesturi, Laconi, Sardinian Meana, Nuragus, Nurallao, Ruinas, Samugheo, Villanova Tulo). Today I have seen signs indicating the itinerary ITID01, the Argilla Ring, so called because it passes through the territories of Laconi, Nurallao and Nuragus, where there are the kaolin and clay quarries. And seeing it on the website I realised that I covered a good part of it. Maybe in the next few days I will cover some other bits!

“Love in Nurallao” was the title of a sarcastic Sardinian soap opera (perhaps one of the videos dubbed by the brothers Alessandro and Riccardo Coco) inserted into a tv program by a Sardinian channel of the 1980s (perhaps Odeon TV). I have no other data. I searched online without results. Can anyone help me?