After a pause of a few days to go and play in the UK, I resumed the journey from Oristano, where I left my bike and luggage, and I arrived in Siapiccia in the late evening, welcomed by the social worker Nicoletta who leads me to my accommodation, a old renovated house in the center of the village, kindly made available to me by Giorgio, a municipal employee.

Tonight, in the square there are dances and an impromptu poetry contest which I can’t wait to attend. I meet the Mayor Raimondo and the president of the Pro Loco Antonino, with whom I have dinner at the premises of Monte Granatico.

The next morning I am in the hands of Antonino and Brunetto who take me around the Siapiccia area, a small village attached to Siamanna, of which it was a hamlet and has been autonomous only since 1975. Its name means “the small way”, perhaps due to the fact that in Roman times the village was located on a secondary road to the main one that went towards Fordongianus.

We drive to the countryside just outside the town where they show me some strange rock carvings. The territory is rich in archaeological evidence, with many remains of nuraghi, domus de janas, even a dolmen that is said to have been pulled down by a shepherd.

We go just outside the village, to the country church of the Madonna del Rimedio, particular for various reasons. The church has the entrance on the opposite side of the main facade on whose side now stands the altar. Legend has it that it was a priest who decided to put the altar on this side and that, due to this fact, one day outside a furious wind blew up and sent a gazebo down and knocked down a palm tree. Furthermore, the statue of the Madonna is one of the few that depicts her pregnant.

The whole area is also rich in water sources. We go to Sa conca ‘e s’egua (the horse’s head), so called due to the shape of a nearby rock. Then we drive up to the slopes of Monte Grighine. We enter the wood and walk among the vegetation, on the sides of which runs a vein of quartz, so imposing that it is visible in the distance from the whole district. Here too, a lot of crystal clear and cold water flows, spit out of a series of fountains.

We reach the Nuraghe Majore, unfortunately in ruins, but from this height the view over the whole area of Oristano is impressive. A little further down are the remains of a smaller nuraghe, called Nuraxeddu.

Back in the village we stop at Antonino’s house, where he shows me a whole series of antiques collected over the years, nicely arranged in display cases, among which I also observe some beautiful fossils and minerals. And not only. Antonino also collects old tools of the trades of the past, the ones I often see in ethnographic museums, to preserve their memory over time. 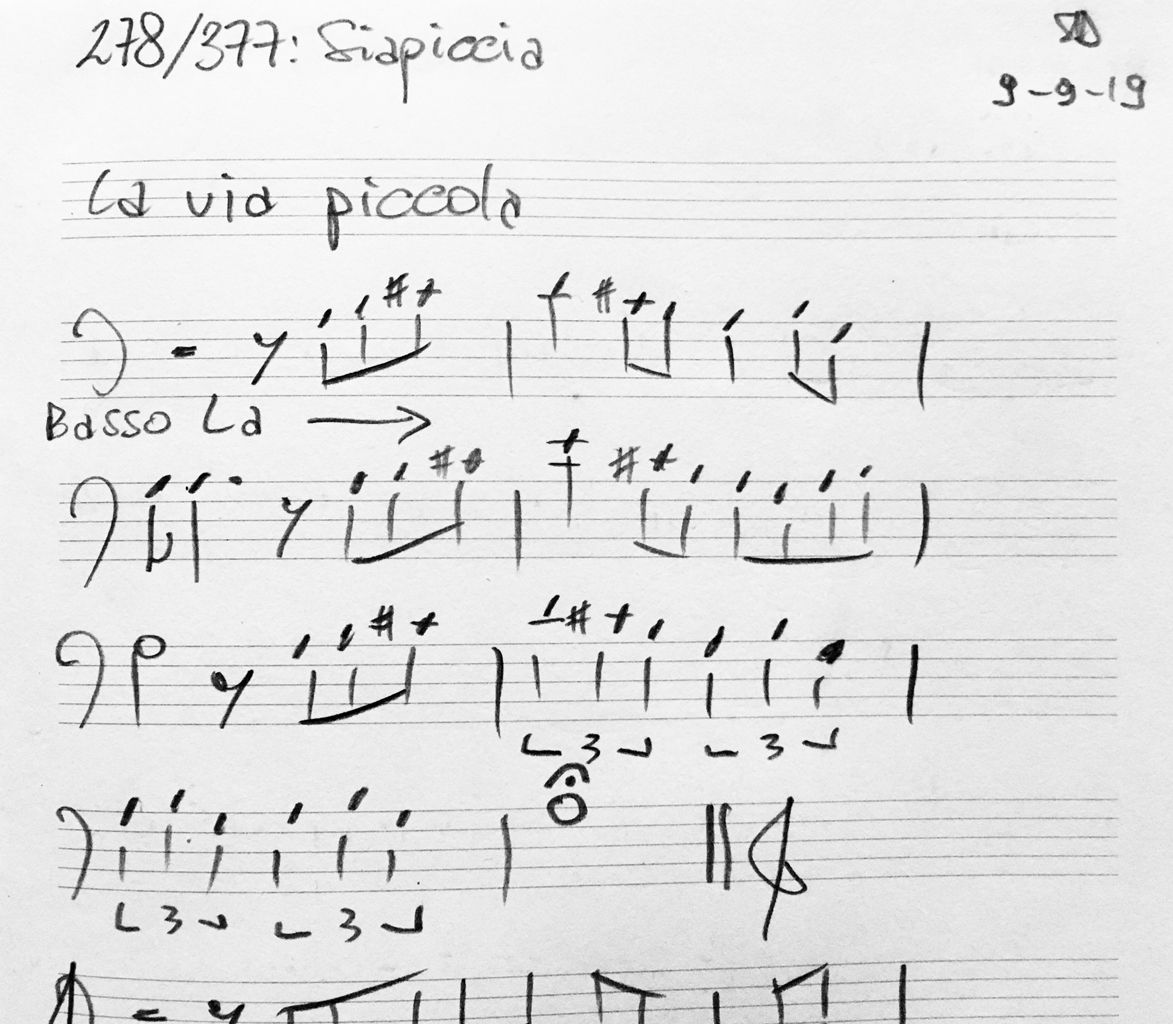 The village square is festively decorated. On one side is one of the more retro bars I happened to find on the trip. Going in for an aperitif, before the improvised poetry contest begins, it feels like taking a leap into the past. In addition to the formica tables and chairs, and the legendary foosball table, there is an old telephone booth inside, complete with a telephone. It seems that here, until a few years ago, coffee was still made with coffee makers and that the machine arrived only recently.

A voice I know greets me. It’s Giuseppe Porcu, with whose family I spent my day in Irgoli, and who is here tonight for the improvised poetry contest, together with Bruno Agus. After the Sardinian dances to the sound of the accordion, the cantadores take the stage and I take a seat in the audience.

The competition begins. My knowledge and understanding of Sardinian language is not that good, but nevertheless I can understand most of the verses. I remain glued to the chair for a while, absolutely enraptured by the ability to create lines and rhymes instantly, in defense of one’s argument. I have finally added an important piece to the traditions I encountered during the trip.

The poetic competition is comparable to one of those fierce jam sessions that took place in certain American jazz clubs (and still happen almost everywhere), where the soloist has to improvise his musical phrases on a pre-established canvas, and in turn with the other instrumentalists, he “duels” to the sound of increasingly daring phrases.

The poetic competition has very ancient origins. Poetry was not written, but took place a bolu, that is, on the fly, improvising on the spot. Often the most experienced were shepherds or farmers. It was only on September 15, 1896 in the central Cantareddu square of Ozieri, that the first poetic competition was brought to a stage for the first time on the initiative of Antonio Cubeddu, a very skilled poet from Ozieri.

Today, I don’t stay for the whole competition, which goes on for hours, and the next day I get a call from Giuseppe, who apologises for not being in top form, and for not being able to say goodbye. We both hope to see each other again soon, perhaps for another contest.