Tinnura is adjacent to Flussio. As I said yesterday, the two signs, end of one and beginning of the other, are in succession, literally a few meters from each other, just as I have already found in other villages.

Tinnura shares with Flussio the main road, the art of asphodel baskets and the production of malvasia. But its strength and uniqueness is that of being a ‘museum village’, a real open-air museum, very rich in murals and more.

Already at the entrance, I find a beautiful mural depicting a launeddas player, with the writing ‘via dei mures’ (murals street), and from here on, the main street is an art gallery.

I admire murals of all kinds, a little more traditional, someone more modern like the one depicting Giuseppe Garibaldi, some in black and white, others in vivid colours, some very old and faded.

I identify one that reminds me of the style of many murals in Orgosolo and memory goes back to my third day of this journey.

On the left side of the main road, around which this tiny town develops, I find the beautiful Piazza del Sole (Sun Square), with a fountain in the center that includes the statue of a Sardinian woman working on the baskets.

The walls around are painted in murals, the sun on one side, the moon on the other, and some niches in the wall containing real ‘plastic’ street art works.

On the left side of the square there is a little street along which there is the beautiful Fontana dello Zodiaco, by Simplicio De Rosas, with mosaics, the statues of the 12 zodiac signs, which spit out of the water. Black basalt and white marble, a beautiful contrast.

I quickly arrive at the end of the village and go back, passing the parish church of Sant’Anna, which stands out for its red-band colouring, including the beautiful bell tower, and then the Town Hall, in an indented square, also full of murals, and statues that seem by Pinuccio Sciola.

Continuing, I notice more and more details, decorated or artistically painted doors, objects on the windowsills, ceramics in the walls, and obviously murals that I had not noticed at the first step.

I venture out of the main road, peering into the gardens, coloured with plants, decorated with objects, and I arrive at the sign indicating the Funtata ‘e Giosso, fountain below.

And it’s right below. A deadly descent that I decide not to do since I have a loaded bike. I trust the description I read online, that it has ‘an architraved entrance and a plastered dome’.

On the other side of the village, I arrive at the little station of the Trenino Verde railway line on the Macomer-Bosa line, which I no longer know, with its seasonal closings and openings, if it is active. I do not pay too much attention when approaching the tracks covered with vegetation.

I visited the village in less than an hour. In silence. 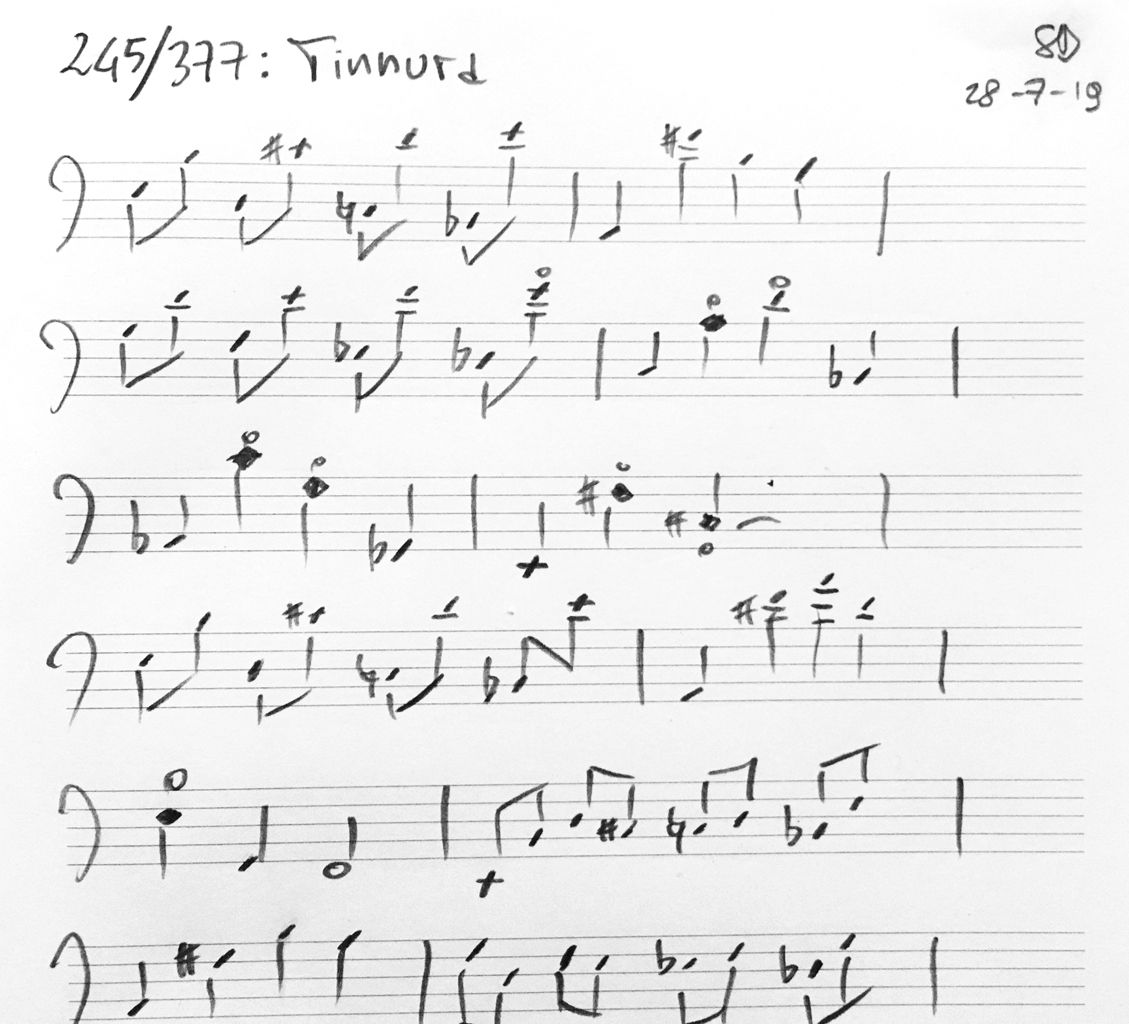 In Tinnura one can not speak of Pina Monne, omnipresent muralist with his works in many villages of Sardinia, who has now established her residence here.

Originally from Irgoli, Pina won a competition organised by the Municipality of Tinnura for the creation of some murals designed to start a process of renewal of the village, and since then she has never stopped.

Tinnura, Sennariolo, Thiesi, Siligo, Abbasanta, Semestene, Cheremule, Borutta, Bessude, Olmedo, are just some of the villages in which I have already seen her works, almost exclusively aimed at portraying an agro-pastoral reality, life and crafts handed down over the centuries and the characters kept alive in memory by her images.

Pina represents only one of the ‘facades’ of Sardinian muralism, which from the end of ’68 (with the first social and political works in Orgosolo and San Sperate) to date has reached almost all the centres of Sardinia, with art forms which also included the most recent urban street art.

For further information, I refer you to a beautiful article on muralism in Sardinia published in the online magazine Artribune.