By now the theme of this journey is the descents and climbs. Today too. A few kilometers of travel.

A nice descent to a bridge and then the hardest 500 meters since I started the journey, with a deadly slope, which did not allow me to concentrate on the beautiful domus de janas at the entrance of Nughedu Santa Vittoria.

Today is Sunday. Entering the village I can see people coming out of church. I go to the Town Hall, where I meet Donatella and her little nephew Sebastiano, who had been waiting for me for days. I will spend the day with their family.

Sunday lunch based on mushrooms (freshly picked) and suckling pig. After lunch Nicola, Sebastiano’s brother, pulls out the organetto (now elected to my instrumental partner of this trip) and we play something together.

Before it gets dark we take a torch, and the little Sebastiano lightens up the entrance to some domus de janas that are in the middle of the houses, in some dead-end alleyways. They are very suggestive and one of them is particularly large, with at least four rooms, in one of which we can see a figure of bull carved in the rock.

We have time to visit the church of San Giacomo, with a beautiful bell tower to the side on which you can climb through some side steps, and a very beautiful building that has been used as a reception center for artists.

We end the day with a visit to the surrounding countryside, on the opposite side of the lake, with beautiful granitic shapes, and we get to the Alamoju Naturalistic Oasis, which is the same as the Assai park already visited in Neoneli and that reaches up to here.

We visit a small naturalistic museum where, in addition to fossils and minerals from all over Sardinia, we can admire an impressive amount of stuffed animals, most of whom live in these woods.

Goodnight melody to a child. 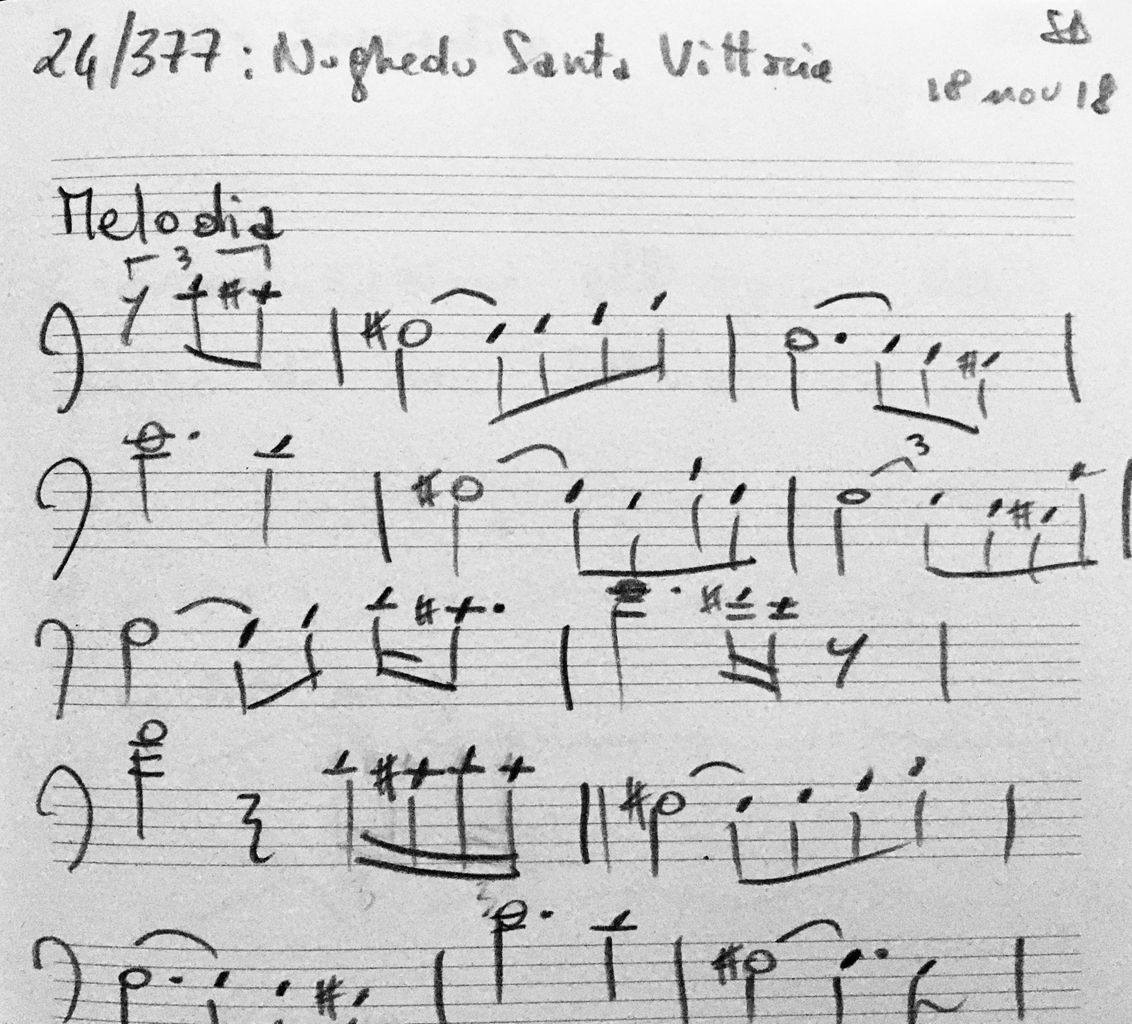 Before returning to dinner, I’m taken to a garage where the hunters have gathered for a drink to celebrate today’s preys, two beautiful wild boars. Here I meet the Mayor Francesco, of whom several people have already spoken to me. Francesco has lately been under the eye of the media for an eccentric and provocative gesture: he threw fuel on the water spilling out of the village pipes and set it on fire. The water here is not drinkable. Not only. It’s thick and it has a yellowish and muddy color. After several failed attempts to get attention from the competent bodies, Francesco decided to attract attention in his own way. And he succeeded. It seems that things are moving to get to a solution.

When I complained that in the area there was no telephone signal coverage from my supplier, I was told that until a few years ago no company had any signal here, and that everyone was completely isolated. Mayor Francesco again staged a protest, lighting bonfires in the streets of the country and literally sending smoke signals to communicate with neighbouring villages. The news also attracted the attention of the British BBC. Since then only one of the companies has put antennas in the area, partially solving the problem (not for me, unfortunately, I’m a few days late with the update of my blog!)