I leave early on a beautiful sunny day and go downhill into a green valley lined with white limestones. Several streams flow together on the River Temo. I stop along the road to admire a canyon among volcanic rocks where the Su Entale waterfalls are located. I continue and start a tough climb in the midst of a beautiful, harsh and desolate landscape. I am entering Planargia.

I arrive in the village where I am welcomed by the administration, the Mayor Antonio, the deputy Mauro and the Councilors Adriana and Alessio. I leave bike and luggage at my accommodation, the Environmental Education Center, a beautiful structure also used as accommodation for foreigners, and then with Mauro and Alessio we get on the car to go and visit the surrounding area.

We enter the countryside, in private land, we skirt the remains of the manor house, called Su Palattu, then the remains of the Nuraghe Turre, and slowly we arrive at an area called Silva Manna, 500 hectares of luxuriant woods, mainly cork oaks.

In some places the vegetation is very dense, the colours are crystal clear, the ferns of the undergrowth are abundant and occasionally we can sniff mint and other medicinal herbs. We are heading towards a narrow valley.

We leave the car where the road is interrupted by a fallen tree and we continue on foot, downhill, reaching the River Temo, small compared to its last stretch in Bosa which I will see tomorrow, but beautiful. It flows in the middle of rounded rocks , it stops in natural pools, and then continues to flow between dark volcanic stones and white limestone pebbles all mixed up.

We walk along its bank for a while. In front of us a very high, impressive rock wall, where Alessio tells me that once he brought us his flock of goats, which were perched on the cliff, managing not to fall!

Back to the car, we drive slowly in stony roads and this time we arrive at a panoramic point which is above the Temo valley. On the edge, we contemplate the landscape, the bend of the river that turns around a high rocky outcrop, running in the middle of a deep canyon. Again as it happened to me a couple of times on this trip, it seems to be in America!

In the evening the main square is set up with games for children. They also prepared an audio system for me, and as soon as a few people get together I start playing the ukulele intermingling with travel stories. There is a relaxed summer atmosphere, and some posters remind that the De Sos Pipiriolos festival will be held at the end of the month. Sos Pipiriolos is the traditional pasta from Montresta, as famous as the typical Su Bistoccu bread.

Before the sun sets, Mauro takes me to Su Casteddu, a high and panoramic area just outside the village, characterised by harsh lava rocks. We walk between the rock spikes and the vegetation with the light that makes the rocks purple and we get to the top where you can enjoy an incredible view of the Planargia, up to the coast. I carefully scrutinise the new geographical area that awaits me in the next few days and I look forward to the new encounter with the sea! 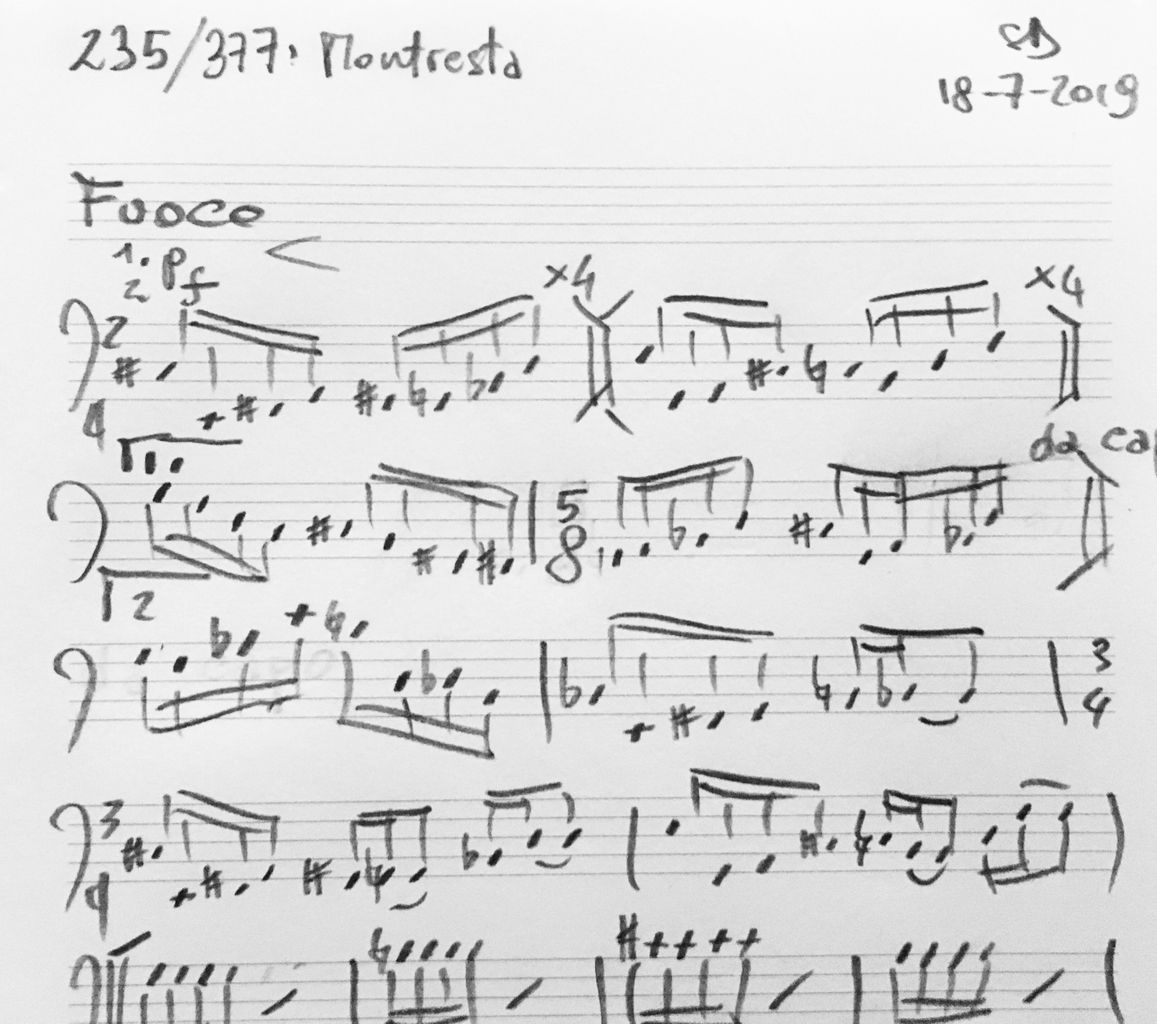 While we enjoy the magnificent view of the Temo valley, I receive a message on my cell phone. My father read online about a fire in Montresta. As soon as I report the news, Mauro immediately calls the Mayor and we actually find out that in the land on the side of the village, on the other side of where we are now, a fire has developed but the firefighters are already working to put it out.

In the past weeks, reports of fires began. I avoided a few of them just in the territory of Villanova Monteleone the day after I passed through, and then in Uri, where the Putifigari forestry intervened. The most serious of all was in the countryside between Ozieri and Nughedu San Nicolò.

Fires. An aspect that I had not thought of and that I realise now for the next few weeks it could somehow affect my travel. Depending on the size, I may also have to stop if the roads are closed.

The same old story. Summer is the season of this plague and of those who cause it. It is now established that about 60% of the fires in Sardinia are malicious. The reason for this is easy to understand but difficult to justify, and absolutely to condemn.

One of the theses is that in a territory where the land for pasture needs to be renewed every year, a burnt forest is the quickest way to use a pasture land. Sometimes the fire can be caused by conflicts and quarrels between owners for the use of a certain land, by conflicts of pasture or other. Or sometimes even as a signal to an institution that would have done something ‘wrong’.

The other thesis according to which the fires are triggered by the same people who then have to take care of putting it out convinces me less, even if every once in a while a few foresters have been surprised in the act of setting a fire. Mainly because having met many forestry employees on this trip, I always had the impression that they were lovers of this land, and I would not consider them capable of inflicting such heavy wounds on their own territory.

The fact is that every year this phenomenon is repeated throughout the island, without things getting better. The damage created to the environment, to the animals that perish, to things, and the despair and fear of the affected people make me shiver. But it seems that fires are in some way endemic as is the population, with its traditions, customs, and above all, mentality and behaviour, in most cases commendable, but in the case of arsons regrettable and disgusting.