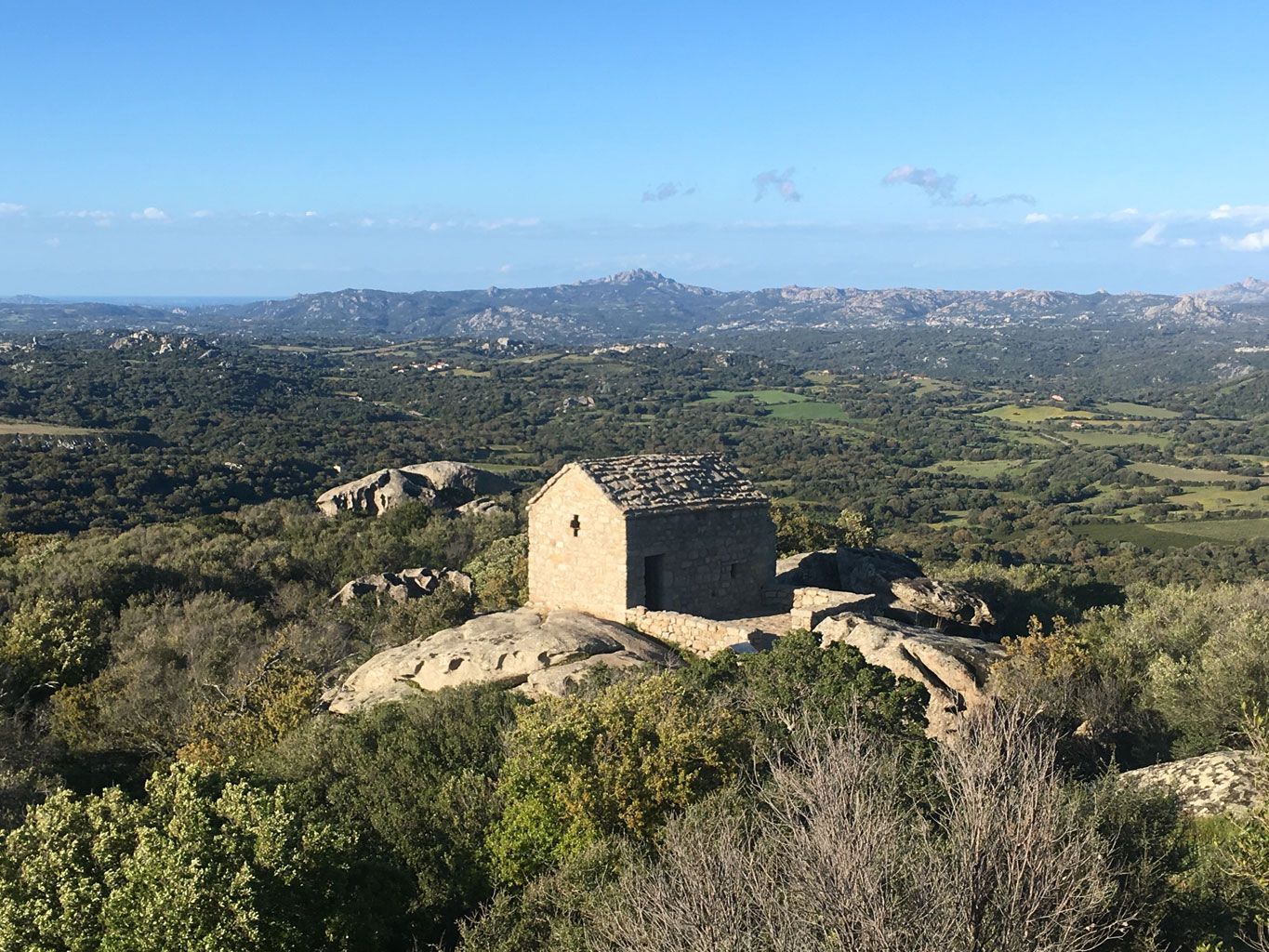 After the beautiful coasts of Gallura and a taste of the inner parts with Padru, Loiri and Aglientu, today I continue to enter the granitic and very green territory. The road is not much, even if the last few kilometers before arriving in Luogosanto are all uphill! In the beautiful central square, Enrico and Riccardo are waiting for me. Enrico is from Cagliari, and moved here with his Sardinia Bike Service. Enrico will host me tonight. Riccardo works at the tourist office. We take a coffee and we move on immediately since there is a lot to see! 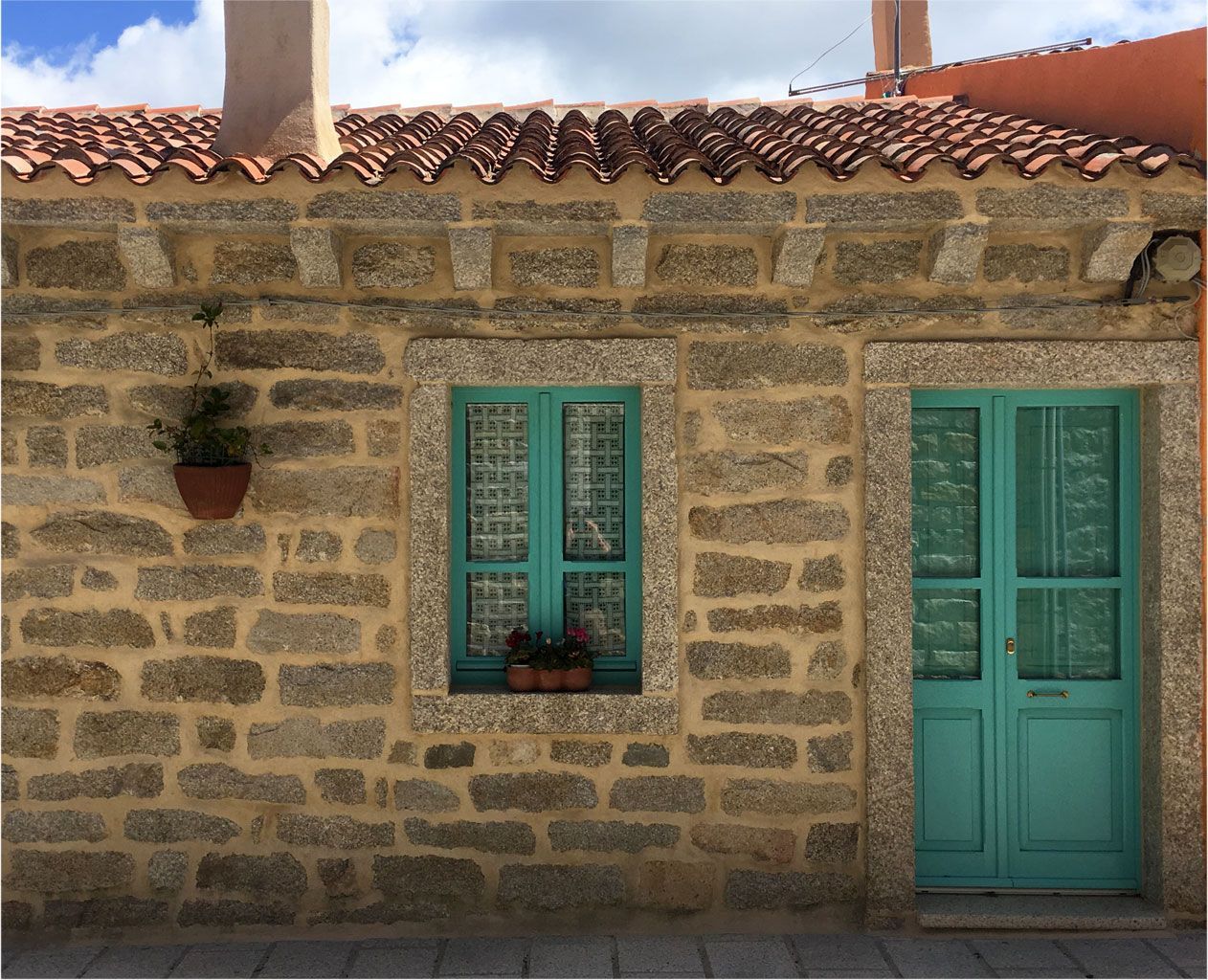 To start with, we don’t have to take a single step. Already here in the square is the beautiful church of Our Lady of Luogosanto, all in granite, like most of the buildings around here. On one side there is a beautiful bronze door, the Holy Door, which is opened for a whole year every seven years, becoming a place of pilgrimage. In front of the church a wall contains a beautiful series of ceramics in the shape of flowers made by children who were part of the Terra Acqua e Fuoco laboratory created by the ceramist Mauro Scassellati and his wife Anna, to bring out the creative potential of children. And I would say that they did very well! 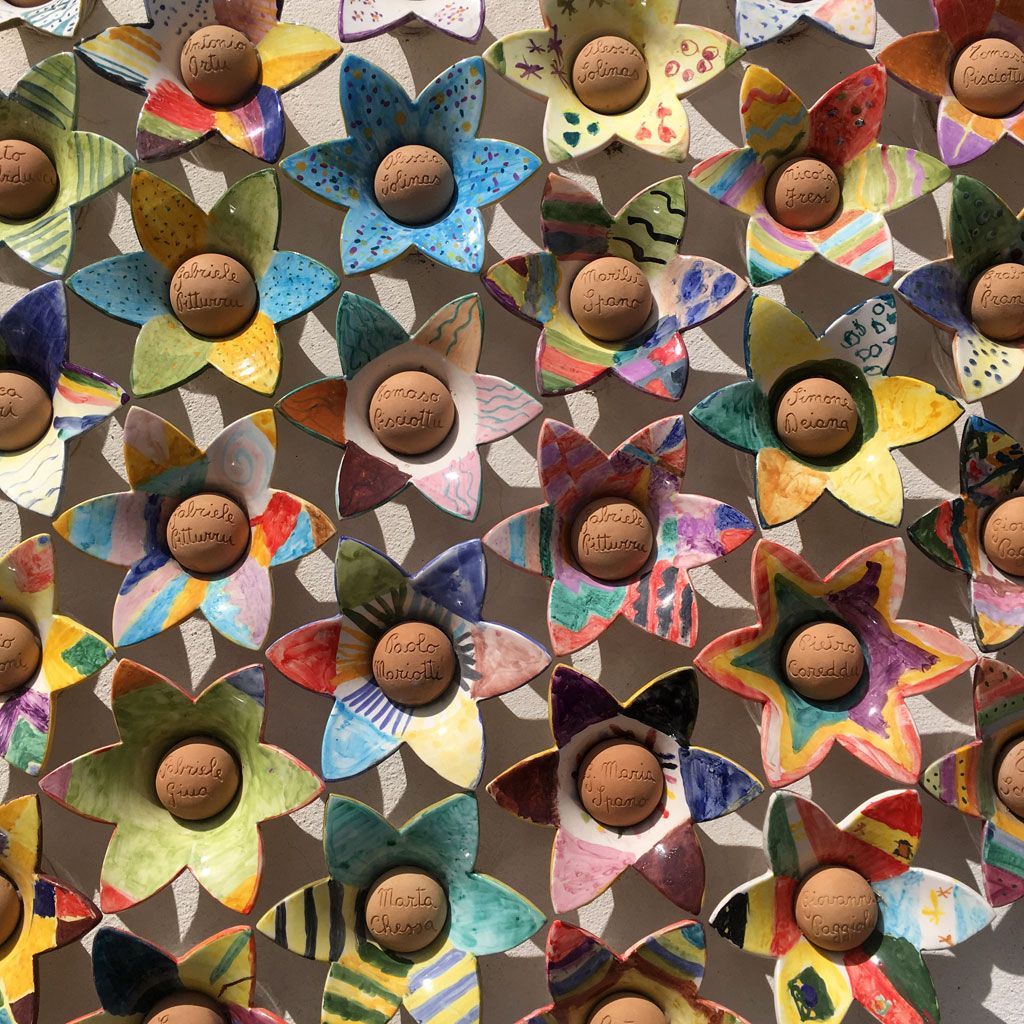 Riccardo takes me around the characteristic streets of the village, we pass the church of San Quirico, all in granite, then an old fountain, to reach the upper part, where we enter what is called the Park of the Three Peaks. Here, in the midst of oaks, there are immense boulders of roundish granite where the bouldering discipline is practiced at international level. We climb on one of the three peaks from which we can enjoy a magnificent view of the village and the surrounding area. Then, we also visit the nuragic complex of Monti Casteddu (one of the three peaks) where there is a hut called “of the meetings” due to the presence of benches-seats, a small throne and a large fireplace in the center. 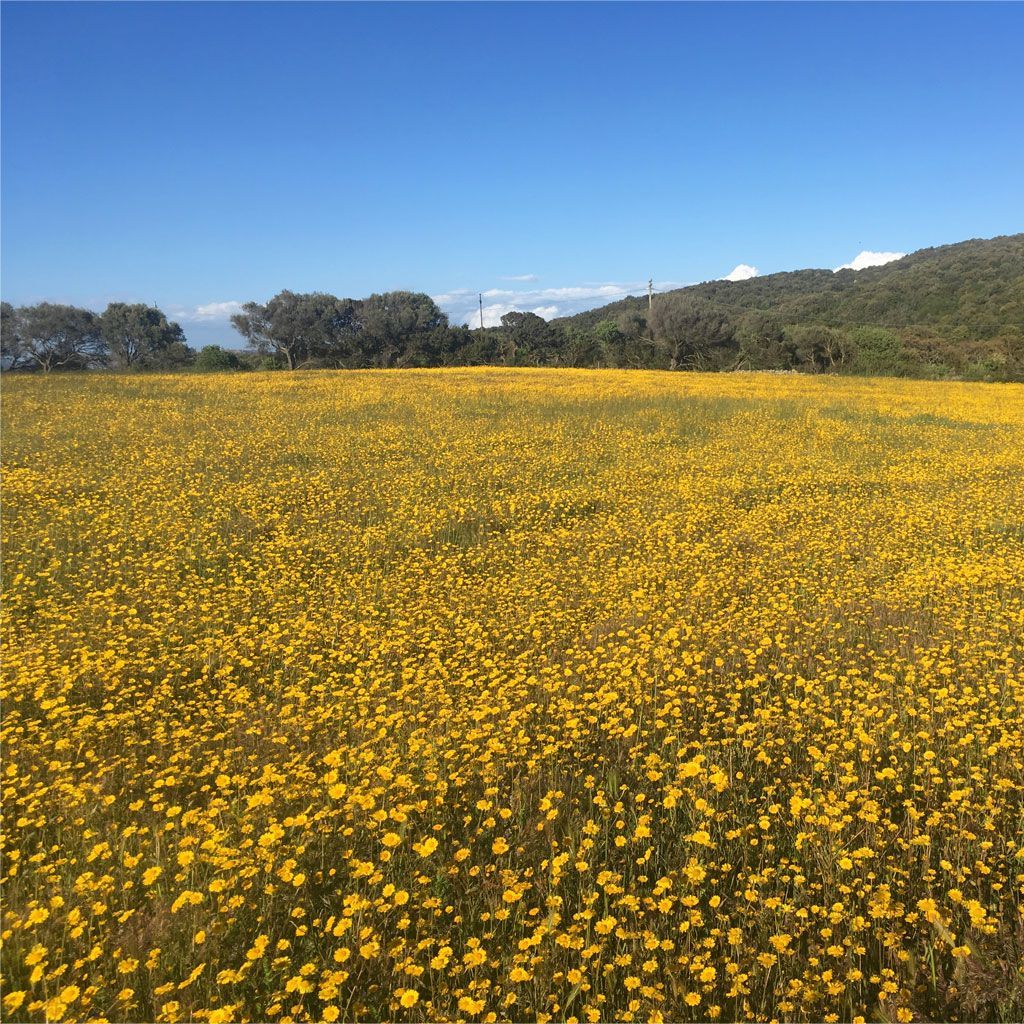 Back in the village, we load my bike and luggage in Enrico’s van to go to his house for lunch, a typical Gallura ‘stazzo’ (granite house typic of this region) in the middle of the countryside. Cheese, barbecued meat, wine and we enjoy the sun and the air of spring. But not for long. After a coffee we move on. First stop in the afternoon, the Herbalist Lu Capruleddu owned by Patrizia and Giovanni. Here they illustrate the various products, their functions, and offer us an exceptional herbal tea. All around the building they are creating a beautiful garden with granite flower beds to admire and smell the herbs on site. I go away with a gift: very strong Fisherman-type mint candies, with local herbs and handicraft production! 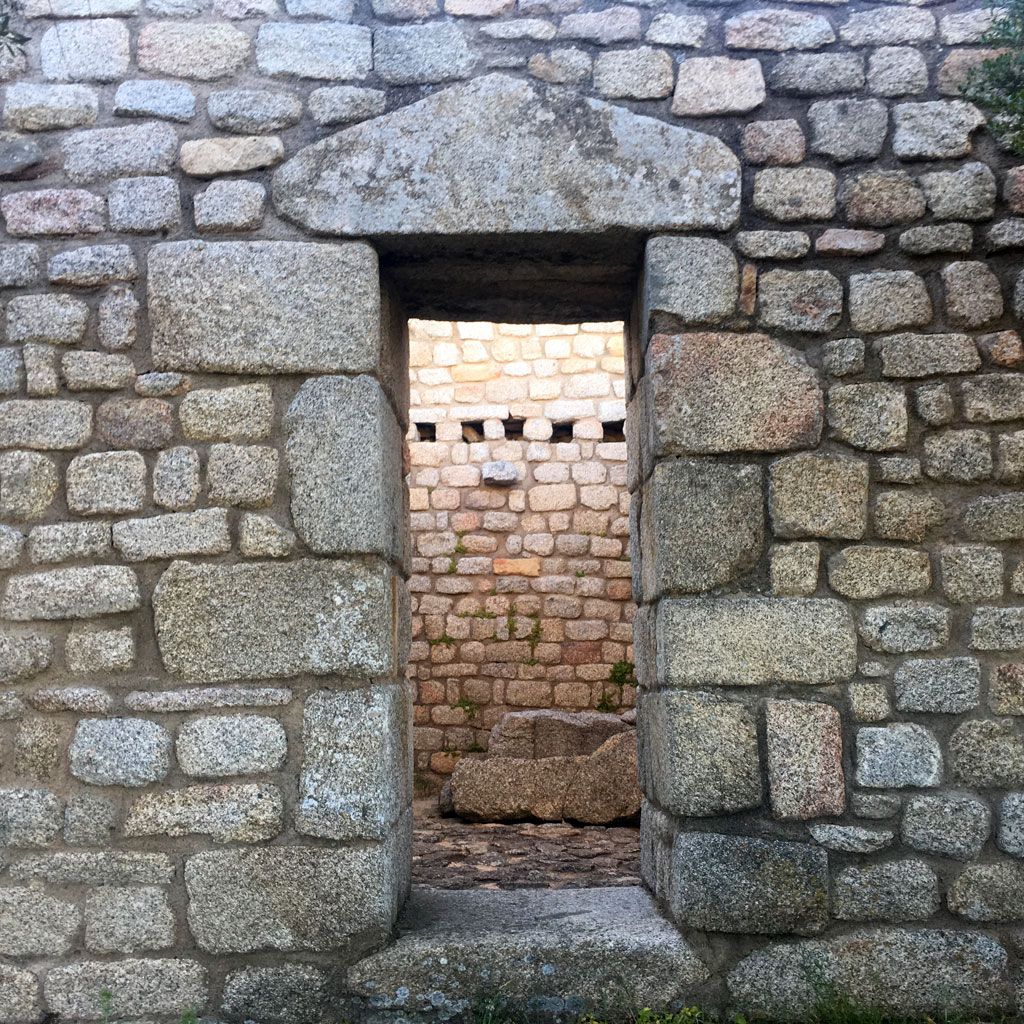 Second stop is the Balaiana Castle, after crossing yellow fields in bloom. We park and climb a granite path/staircase across 100 meters of altitude! Here there are the remains of a Giudicale castle, in granite, probably destroyed by the Spaniards. Not far away is the charming little church of San Leonardo of Noblat, probably the castle’s chapel, all in granite, including the tiles! Riccardo tells me that there are about twenty rural churches in the area. The custom is to knock three times before entering these churches, to give time to possible wandering souls to disappear. And so we do.

Third stop in Santo Stefano, where there are the remains of a medieval settlement with the Baldu Palace, an imposing structure, partially collapsed, inside which there is a very singular rocky basement. It is said that there was a hidden treasure here but the locals have always had a certain fear in looking for it. Not far from here the little church of Santo Stefano and a series of impressive granite rocks full of ‘tafoni’. 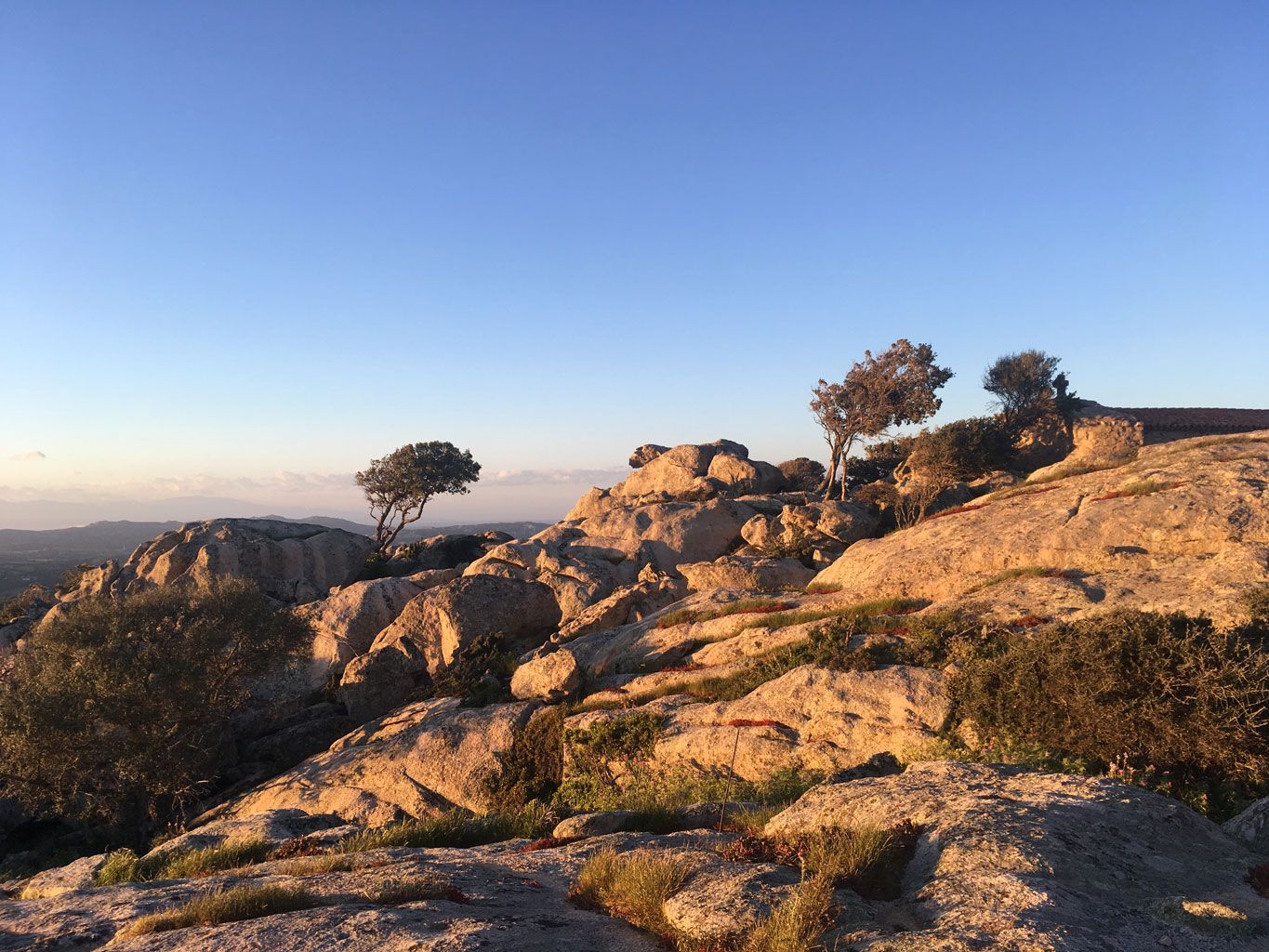 Last stop, at sunset, the hermitage of San Trano and San Nicolò, another small church-sanctuary in the middle of granite rocks. It is said that here, in a cave, two friars lived in solitude. Around this cave, still existing and transformed into an altar, this sanctuary was built. All around an incredible peace, the golden colors of the sunset, the view down to the sea and the Bocche di Bonifacio, and the day ends with a treat. However, not without a pizza in the company of other friends, who tell about bicycle travel adventures, canoeing on the Liscia river, trekking with snow avalanches, climbing on ‘boulders’ and more! 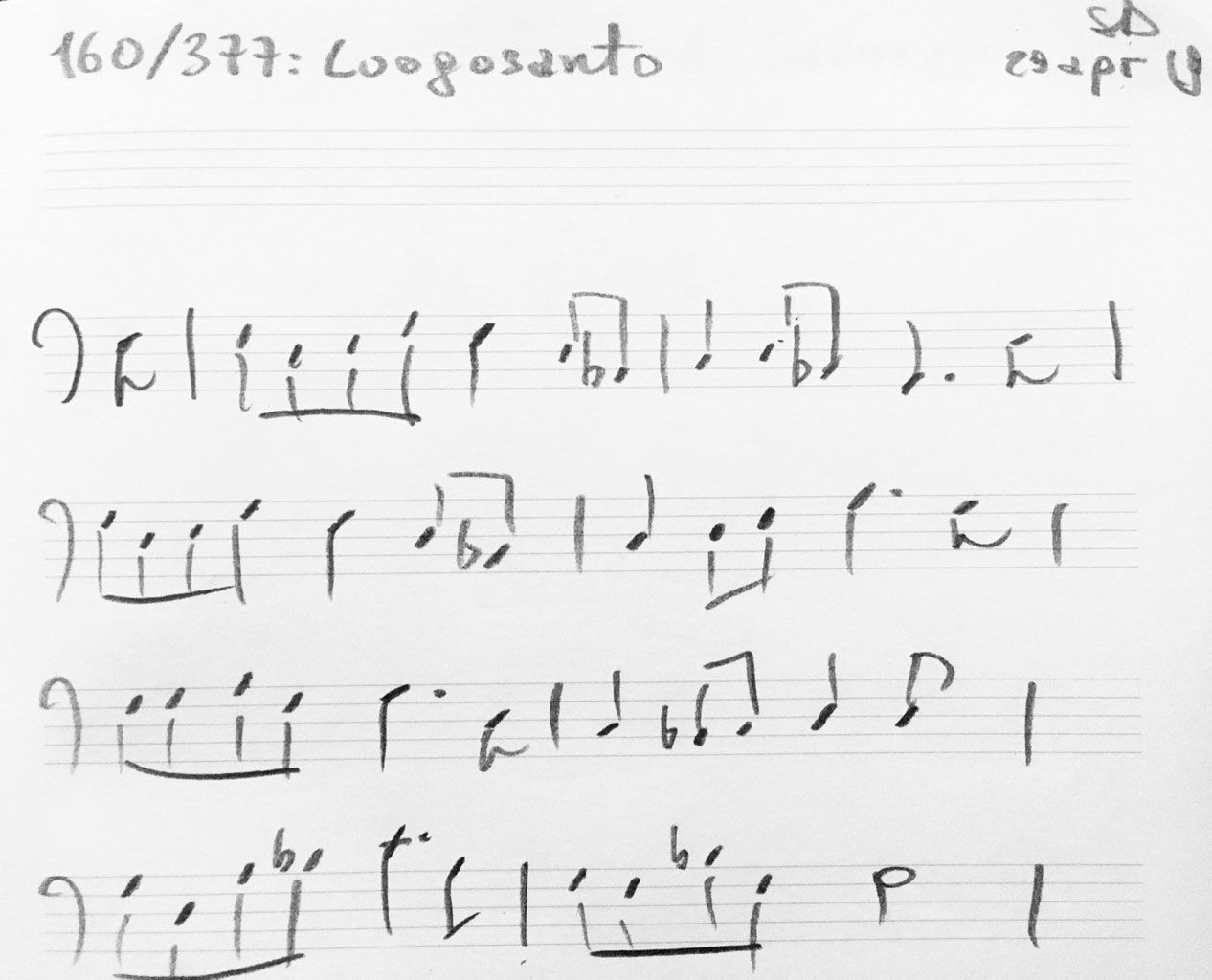 Riccardo, enthusiastic about my project, tells me nonchalantly that he has seen all the 377 municipalities in Sardinia! Slowly, by car, and over many years, whenever he had time he decided to cover a particular area. A beautiful undertaking! Like Enrico’s one, who last year, together with three companions, traveled 325 km riding a Graziella tandem from Cagliari to Olbia, passing through Campidano, Barbagie, Gennargentu, Baronie and Gallura. Origin and destination of this trip were not random. In Cagliari, Enrico was one of the founders of the Ciclofficina Sella del Diavolo (which also gave me two days of bike repair and maintenance crash course), while in Olbia he had opened the Tandem Ciclofficina Space. I couldn’t be in better company today!