I leave from Tortolì saying goodbye and thanking Maurizio of the bnb il Vicoletto for the availability of the last two days, and I make my way to Lotzorai. I pass though Girasole, which I visited yesterday, cycling along its beautiful cycle path, and I enter the 125 state road, which enters Lotzorai.

The day started sunny but the sky is starting to cover up. I enter the village, and I meet Stefano Tore, a musician, composer, who contacted me some time ago. Stefano is from Nuoro, but his maternal grandfather was from Lotzorai, he had his own farm at the entrance of the village, where today there remains a beautiful and large house left to his heirs, and where I will be a guest. 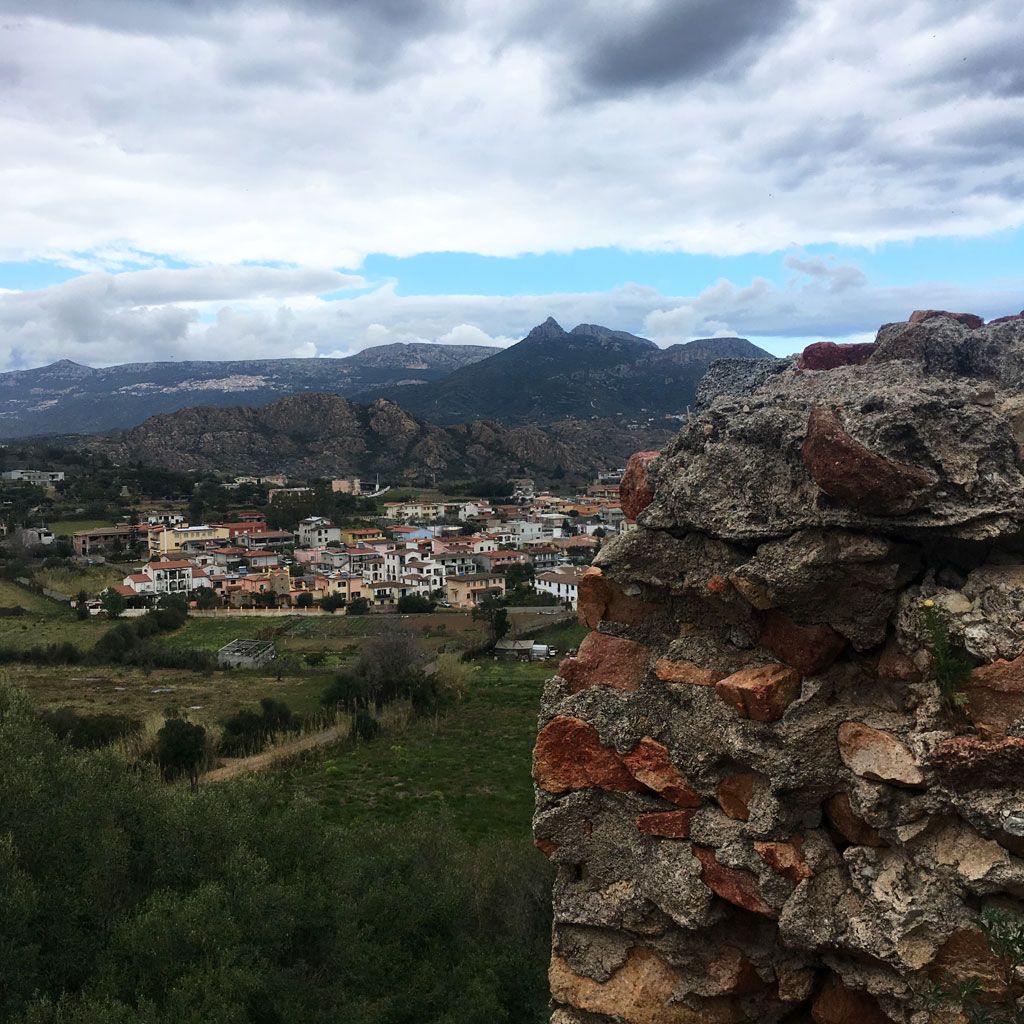 Despite the drizzle, Stefano and I, armed with an umbrella, head to the Castle of Medusa, also called Castello d’Ogliastra. We climb the path and shortly after we reach the top of the hill. Stefano proves to be extremely knowledgeable on the history of this area, and tells me about this medieval castle, which belonged to the Giudicato of Cagliari, but probably built by the Phoenicians and then expanded by the Romans, and subsequently destroyed by the Spaniards. We climb behind the walls, partly well preserved, and we manage to enter the area inside the walls, and to go back up one side of the castle, from which we can enter what is the only room that remained intact, right next to the entrance, probably with a drawbridge.

From this height the castle dominates the whole area, the valley towards the village and the mountains behind it where you can see Baunei, the whole coastline, and the side of the Tortolì and Girasole pond. Down there, the river network was well developed and somewhere between the pond and the Rio Girasole there are remains of piers, a probable river landing in the hinterland to serve the castle. Stefano also shows me the granite pillars, which trace the border between Lotzorai and Girasole, arriving right in the middle of the castle … the couple I met yesterday was right! 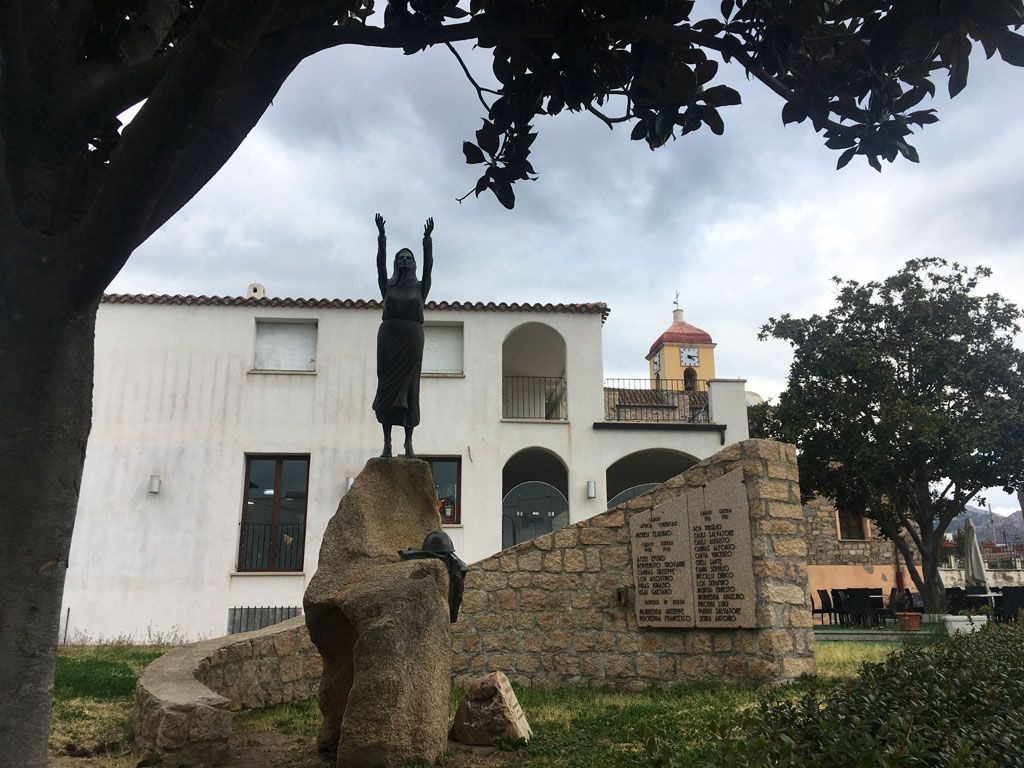 After a nice lunch with culurgiones, in the afternoon we take a tour of the historic center, admiring some interesting glimpses, the small square with the war memorial, and some ancient ladiri brick buildings. We pass near the church of Sant’Elena empress, which was rebuilt again after the old church, not far from here, collapsed. We head to the ruins of the old church. Here we still find a good part of the façade and walls, containing niches, with still recognizable decorations. Outside the outer walls there are many ground graves and tombstones. Stefano assures me that until recently we could still find human bones that occasionally came out of the ground! 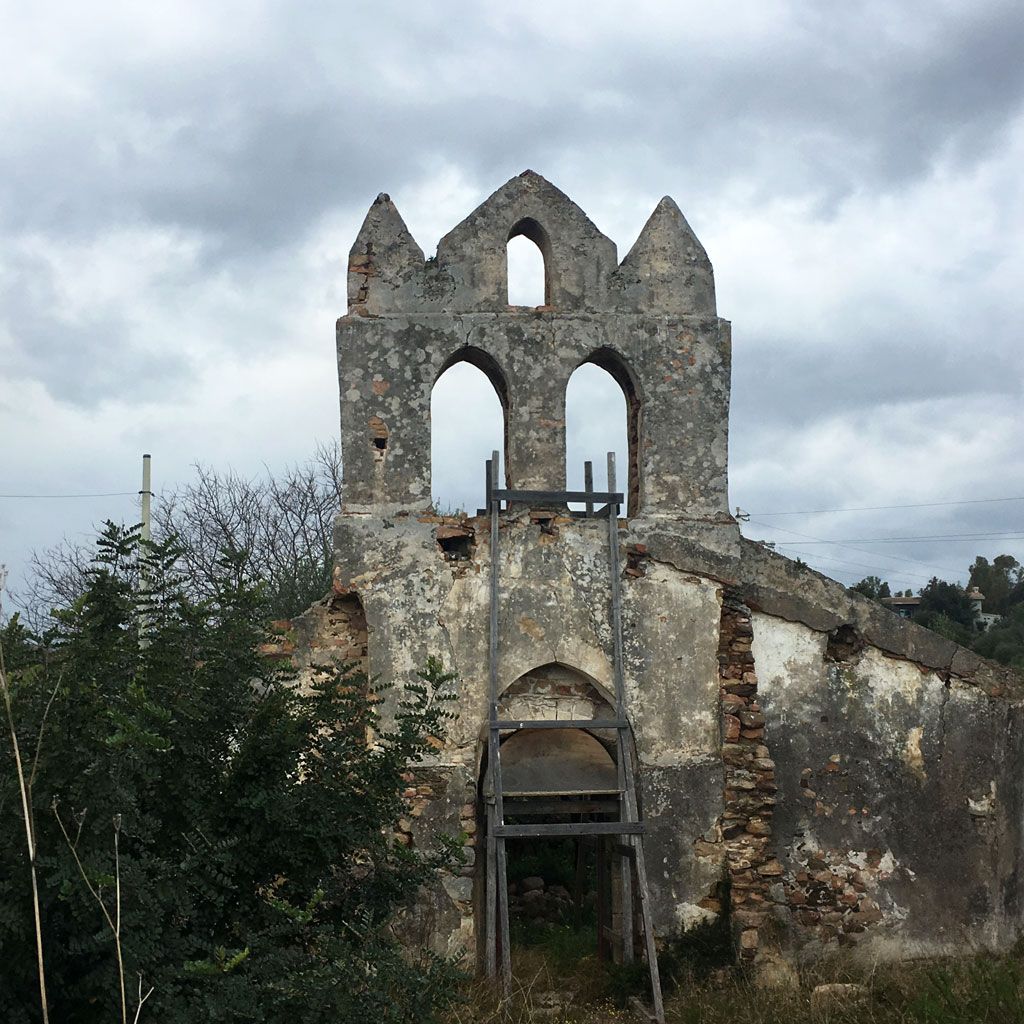 We continue walking and we move to the district called Donigala, where the church of Santa Barbara is located, surrounded by elms. We enter a bar to have a coffee, and Stefano points out to me that the inner walls of this bar are of medieval origin, and include a beautiful stone vault, which I photograph, arousing the curiosity of the barista and other customers! 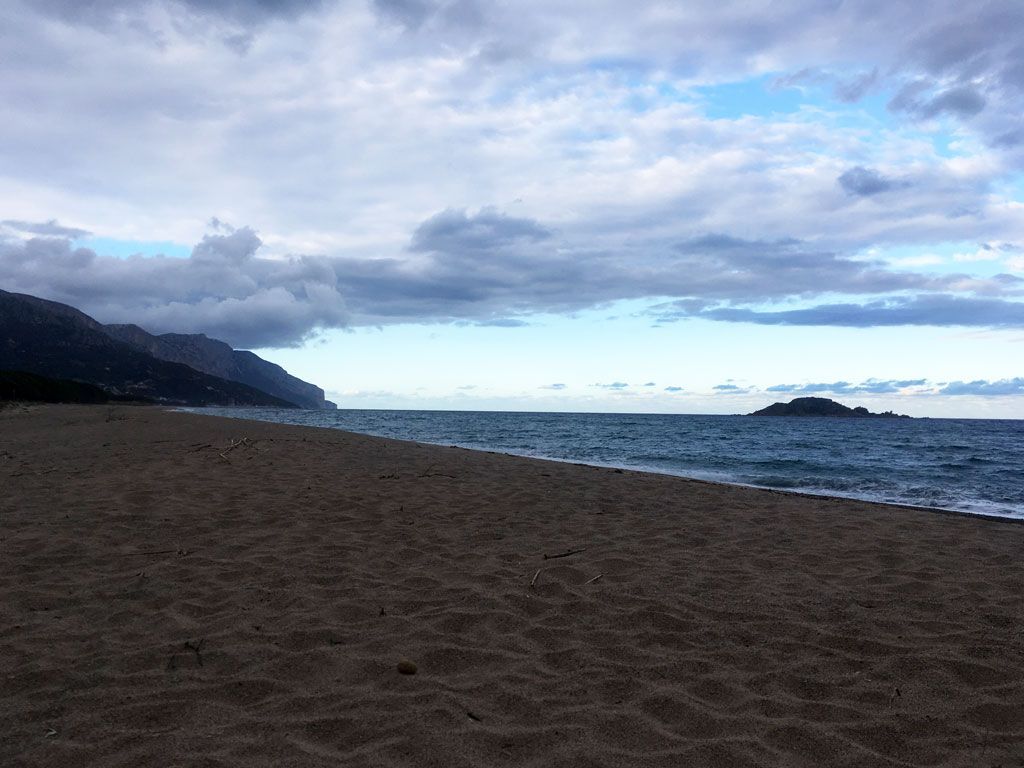 From here we then take a long walk through the fields and arrive at the beach called ‘of the roses’. The day is gray and there is no one. We stop to admire the sea, right in front of us is the Isolotto d’Ogliastra, actually three small islands of granite and red porphyry. We return to the village along the Rio Girasole, walking on the embankment and then returning to the back of Stefano’s grandparents land, with a beautiful citrus grove from which I steal a couple of mandarins for after dinner!

At the castle. Played by Stefano Tore. 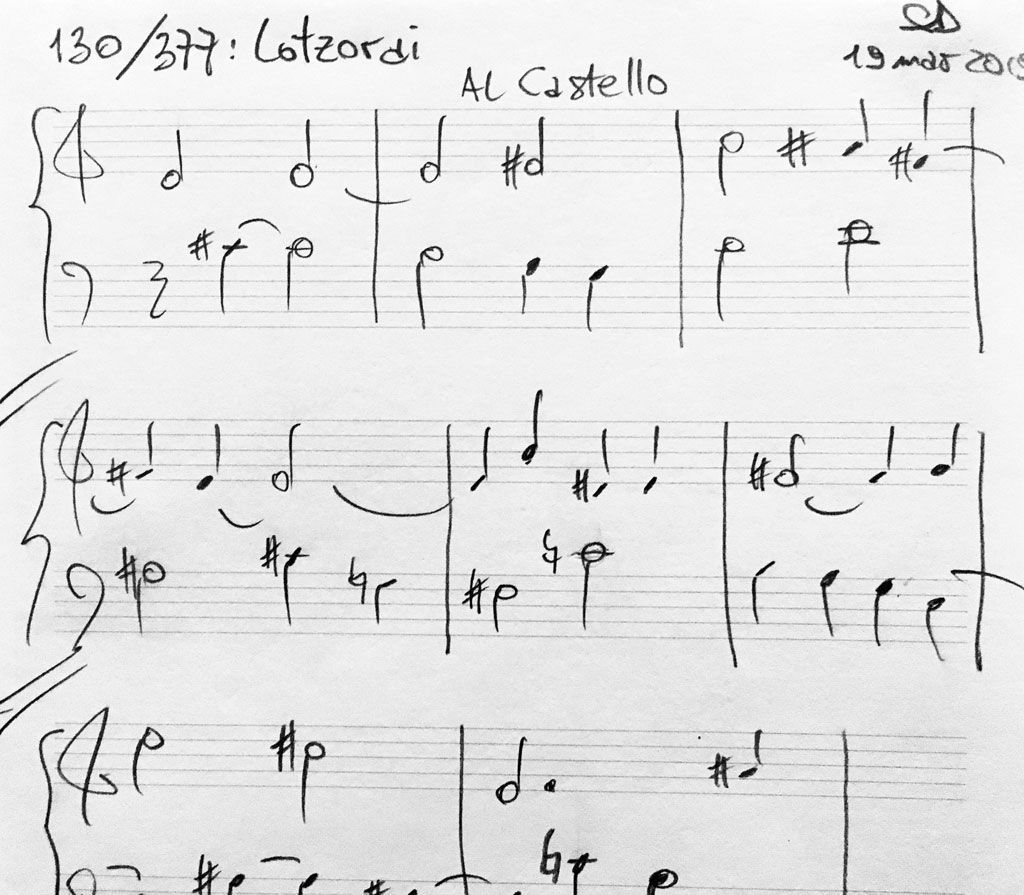 Stefano, 36, is a composer, musician, producer. He studied piano and then composition in Florence, but retired from the Conservatory and escaped to London where he completed his studies as a sound engineer at the SAE Institute, then returned to Sardinia. His recent album ‘Sur La Mer’, which I happened to hear a few months ago, was defined as “refined music of other times”. A collection of “ten musical watercolors”, as he defines them, which were produced by the Stella Recordings label of our common friend Stefano Guzzetti.

Throughout the day, in addition to talking about the history and places of Lotzorai, we talk about music, and we find many points in common, especially the transversality of tastes, ranging from the Beatles (which Stefano plays me from an old record player) to punk, to Frank Zappa, to baroque music. It is no coincidence that Stefano proudly shows me his recent purchase, a spinet he found in Cremona in 2016 and then brought here. I am delighted to be able to play a bit of Bach on it! And for today’s fragment, I sit down to write something that sounds like coming from the Castle of Medusa … and that Stefano records for me, in honor of our new friendship (but really because he plays the spinet much better than me!)