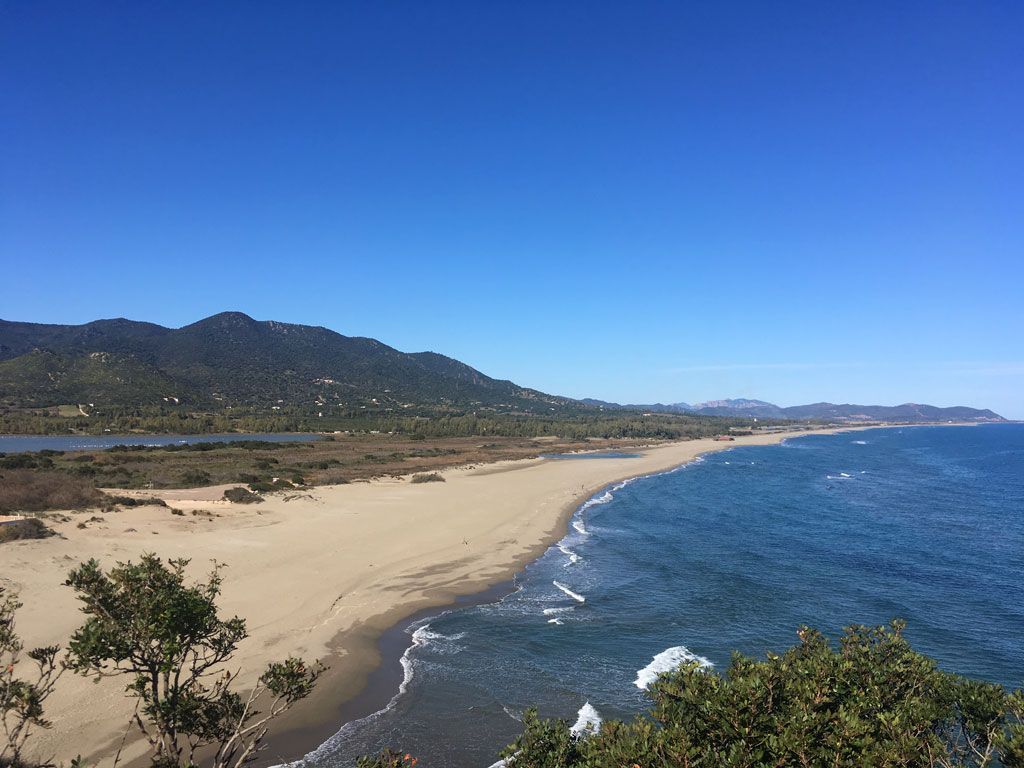 Today’s route is short, almost all flat and the day is beautiful, nothing to complain about!

I get to Muravera and because of a one way in the main road I’m forced to go into the narrow streets of the old town that impresses me for the renovated houses, beautiful portals, churches and a stone portico (I later discover it’s called Portico Petretto.) I go up and down the historic center, and arrive at the bnb San Leonardo of Valentina and Luca who will host me, and here I meet also Bruna, Valentina’s sister, who has been following my project for quite a while.

Once things are settled, we all get together in the car to visit the surrounding area, rich in beauty. First stop the spacious beach of San Giovanni, now deserted with the waves that break lightly on the shore. To argue in favor of all the beaches with a darker sand than the white ones that often appear in the advertising of Sardinian coasts, with the eye of a geologist I see no difference between a beautiful white, gray, yellowish or black sand, and this sand is extremely clean. 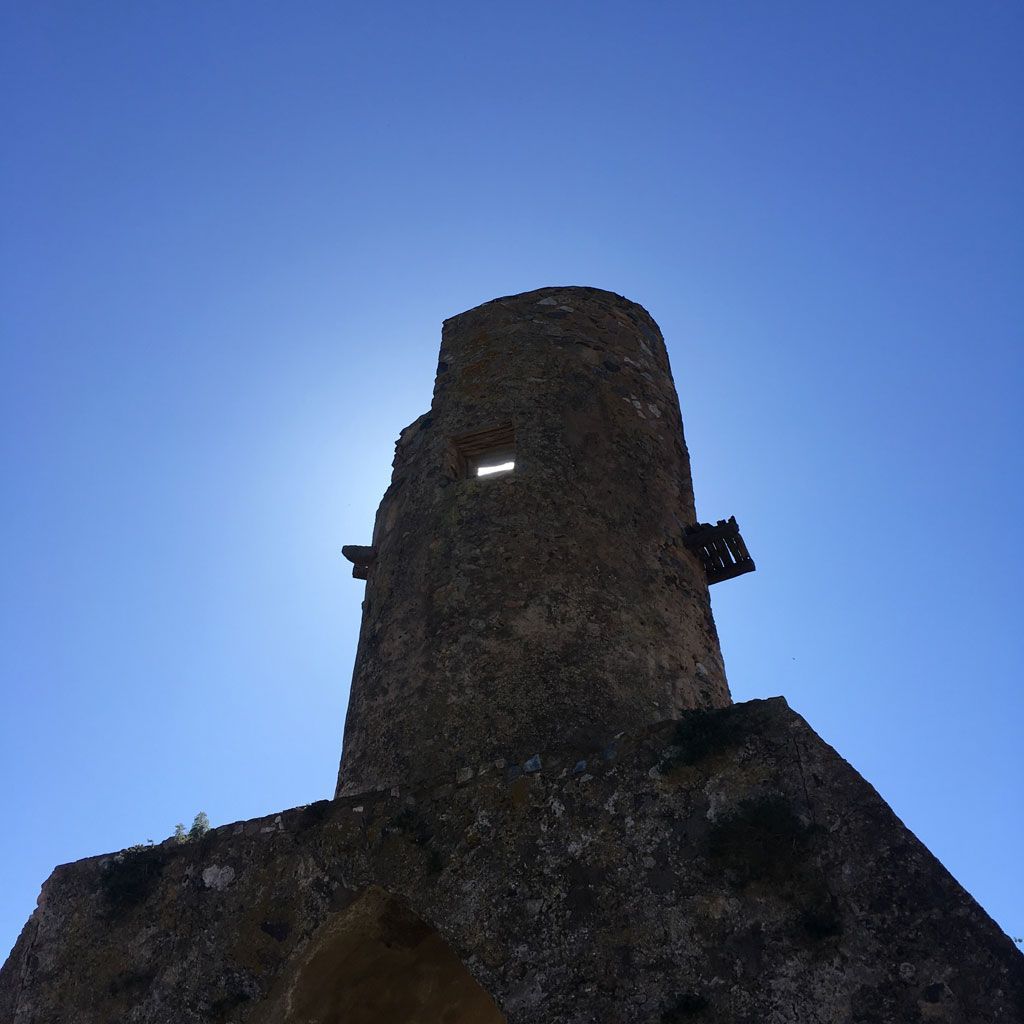 Not far from here is the very peculiar Tower of the Ten Horses, so called because it is said that here ten knights tried to repel the invasion of the Saracens. We overcome a watery area passing on reeds and vegetation that sinks at every step, and we arrive just below the tower, which has a lower squared part with an arch, and then the truncated-conical part on top, I had not yet seen of this type . 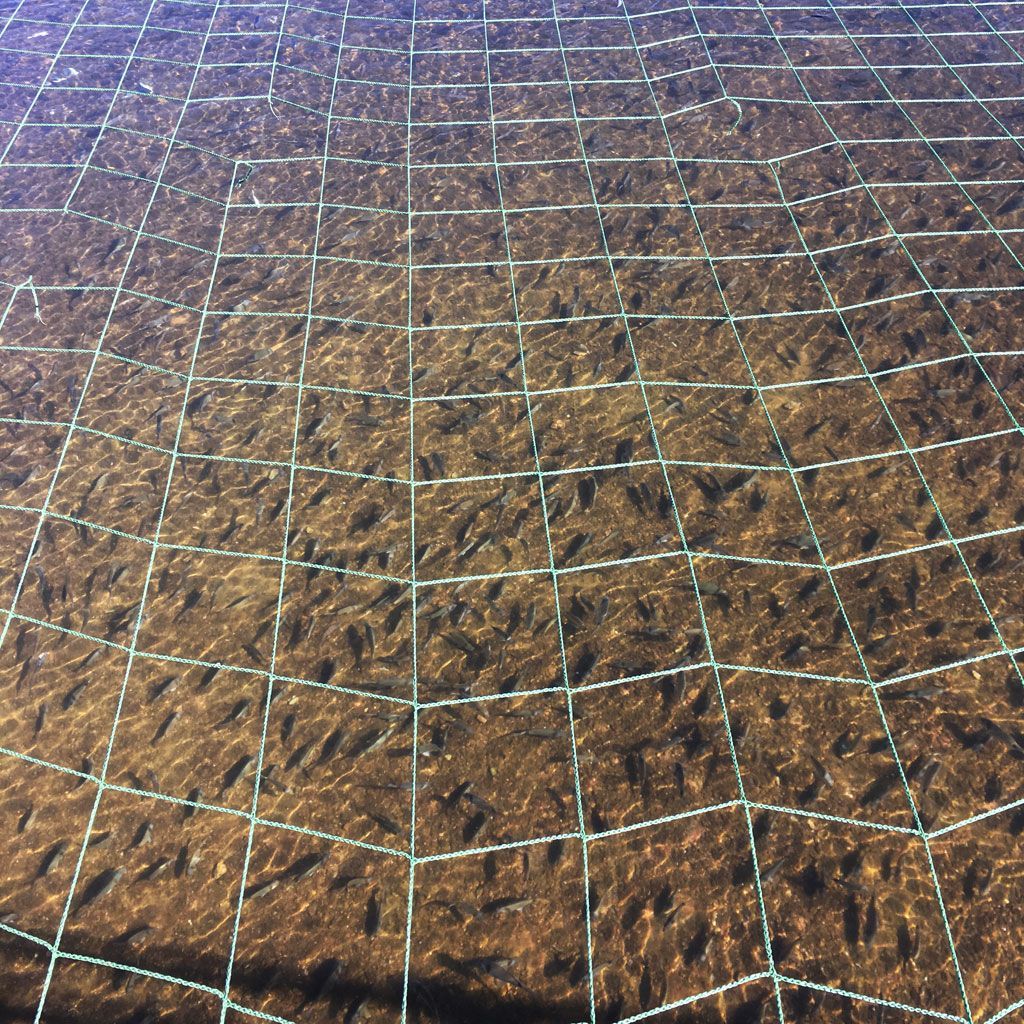 Muravera owns three fish ponds, that of San Giovanni, Colostrai and Feraxi. We are moving towards the latter, in a beautiful area bordering the territory of San Vito, where we see the signs of the severe flood that has affected all the surrounding areas, San Vito and Castiadas, and also the signs of a violent cyclone that has knocked down several dozen trees. We arrive at the Peschiera, managed by the Cooperative Fishermen Feraxi, where we are shown the various tanks, covered by nets, containing the fish in development. Because of the recent floods here too there have been extensive damage, with the death of hundreds of fish. The area is beautiful, thanks to the day, and the water from the pond behind it looks like a mirror. 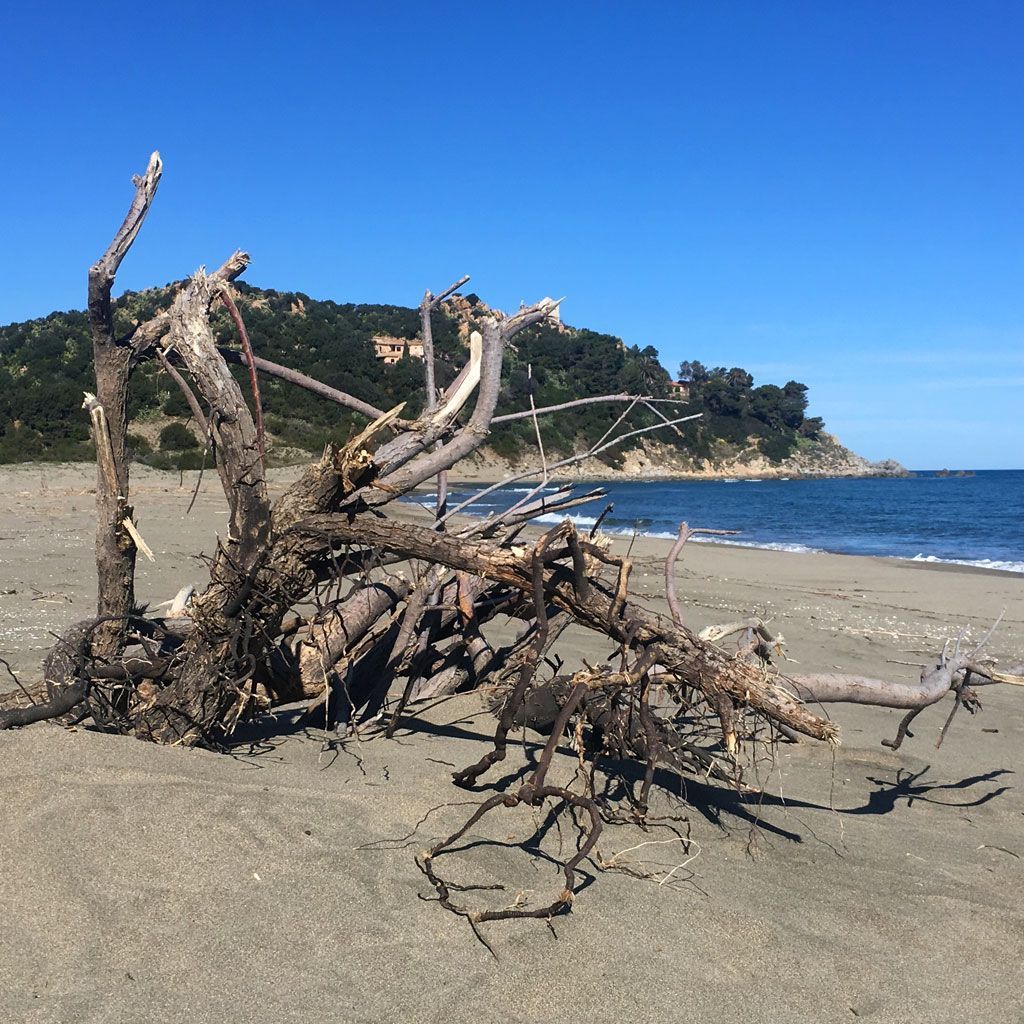 We then head to the promontory of Cala Sa Figu, from which you can enjoy a beautiful view of the beaches on one side, and Capo Ferrato on the other, which covers the view of the beaches of Costa Rei, belonging to the Municipality of Muravera, despite much closer to Castiadas! We skirt the ponds of Colostrai and head towards the other coastal tower, Torre Salinas, perched on a peak below which there are a couple of private houses literally on the sea! Under the tower the beach of Cristoluaxedu, where we descend to admire the shore, and some trees residue left by the currents. 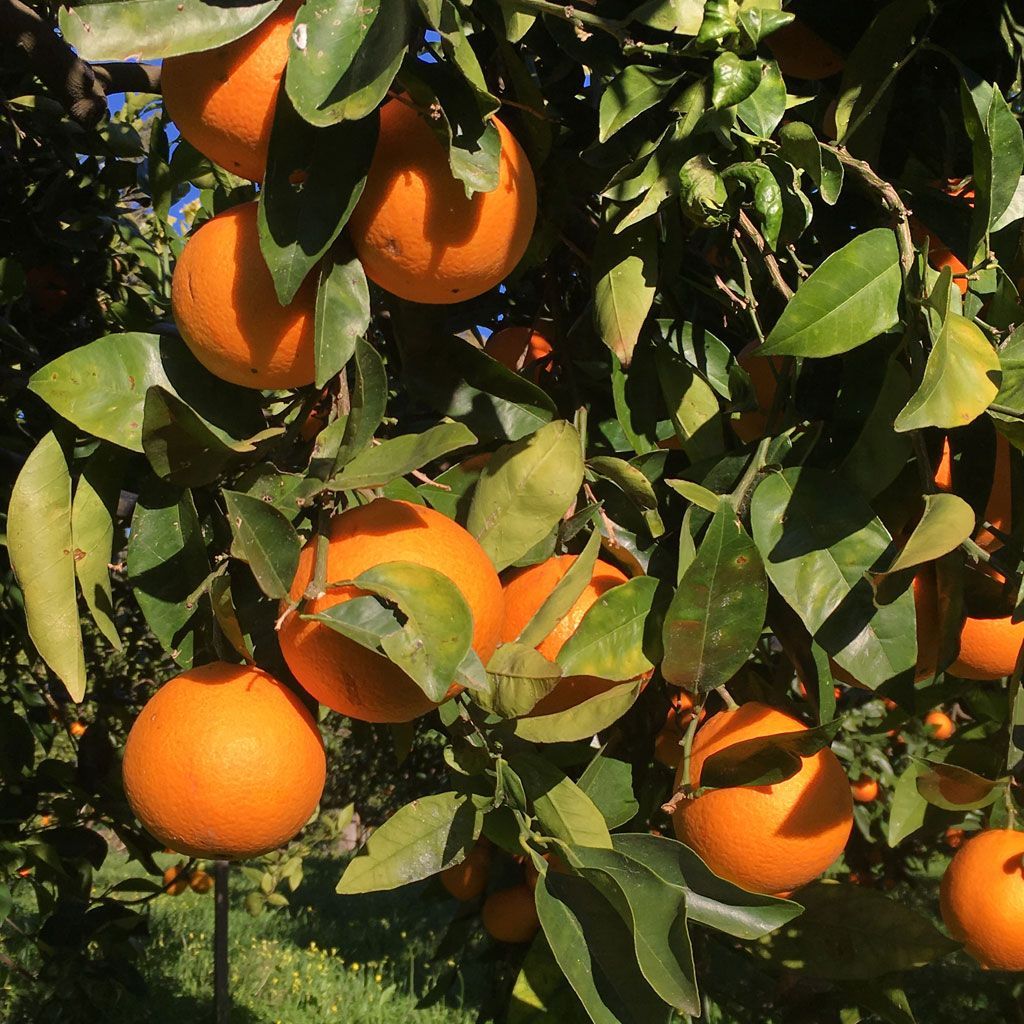 Muravera is famous for its oranges. In the afternoon, Bruna takes me to see the family orange grove, in their land right in the middle of the village, where the low trees are rich in fruit even though many have already been harvested and the wind has dropped as many. The last visit is to the textile workshop Il Telaio Muravera, where the three sisters who run it, Flaviana, Sandra and Simona, welcome me and show me various works, on ancient and modern frames. I remain enchanted by the confident and repetitive gestures, by the hands that pass sheep’s wool through the plots, counting the spaces carefully so as not to miss the geometry of the design. At the moment they are working on a beautiful project where some works by Maria Lai dedicated to Grazia Deledda are being replicated on tapestries, about twenty works commissioned to as many textile laboratories. 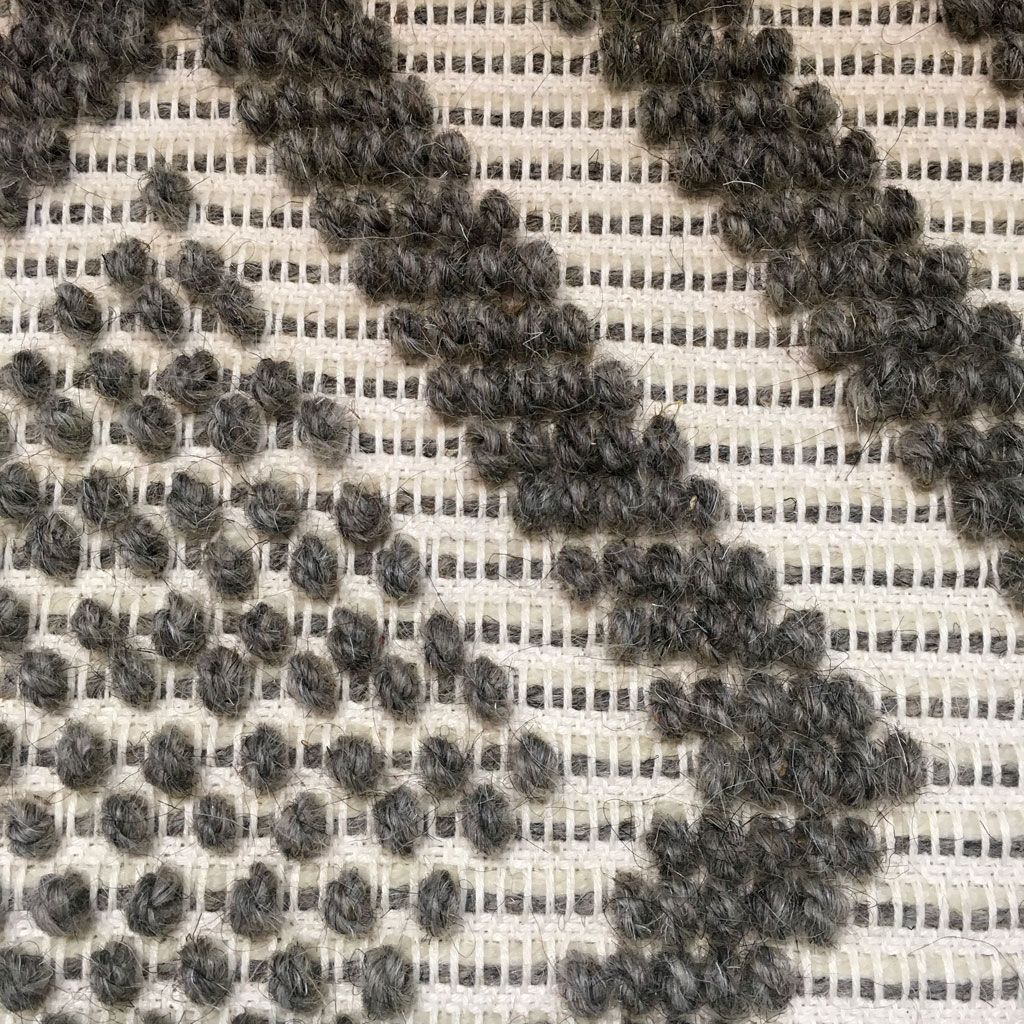 We end the evening in joy with a good pizza in the center and today I can go to bed early! 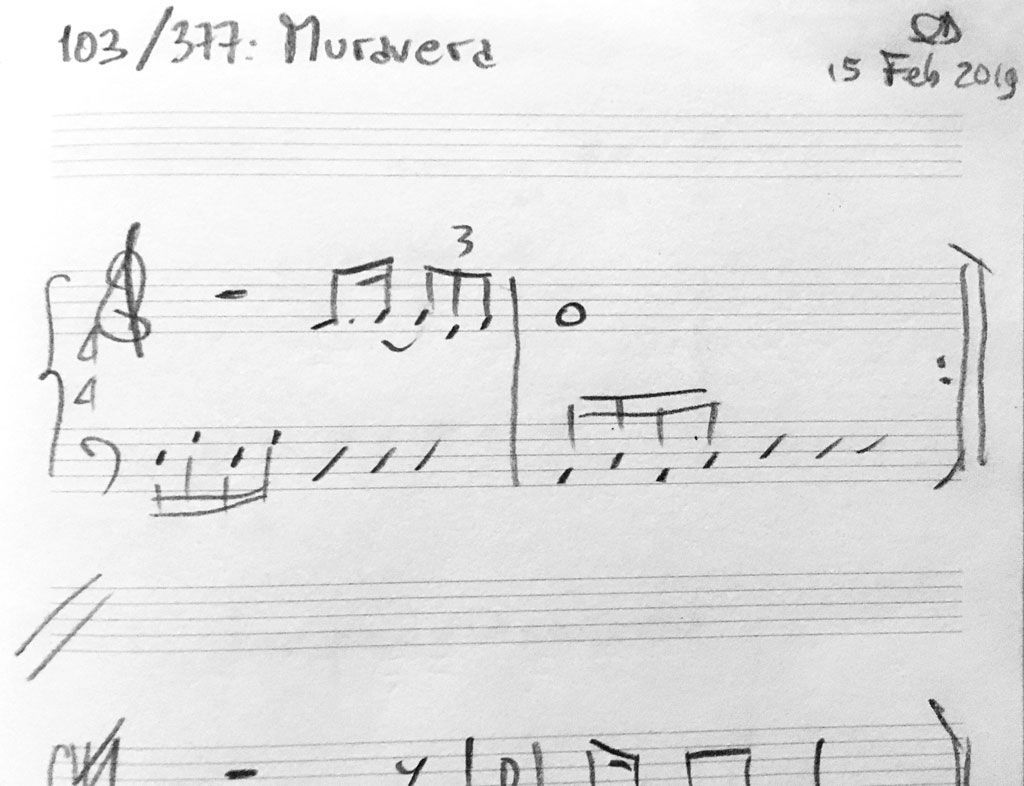 Tour in Sardinia without money … I do not speak of myself (given the lack of sponsors and contributions to this project would be a good alternative title), but of another walker who recently embarked on an equally interesting venture. Luca Cuomo, twenty years old, with a towed cart and literally without money, in 2018 decided to make the tour of Sardinia on foot, covering it in its coastal perimeter, counterclockwise, in three months. What Luca asked was hospitality and meals to individuals, helped by social media, a bit what I am doing in my journey. Looking for info on Luca I find out that there was also a certain Elia Giacobbe that did the tour of the Sardinian coast without money in 57 days. Reading some interviews of the two I understand that there is a lot in common between us, the desire to leave without organizing too much, going slow, sharing, and returning something. I hope one day to get to know them both and to be able to compare experiences in the same territories.